ON Monday, the Greyhound Racing NSW (GRNSW) slot for The Phoenix at The Meadows on Saturday December 18 will be announced. 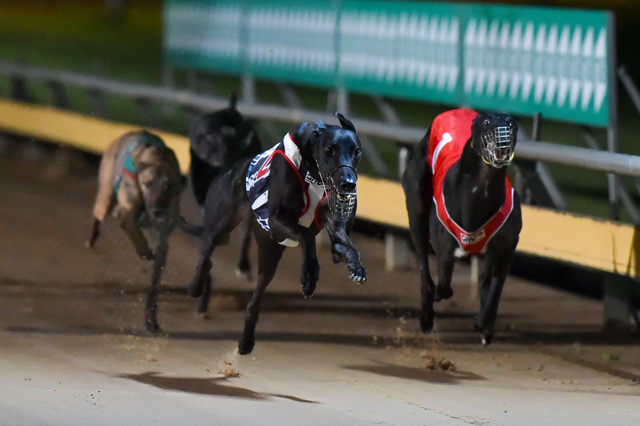 ON Monday, the Greyhound Racing NSW (GRNSW) slot for The Phoenix at The Meadows on December 18 will be announced.

By means of a poll, the GRNSW slot winner will secure a prized place in the $750,000 contest yet, in an era that social media can impact metrics, there will be ‘haves’ and ‘have nots’ in this ballot.

What did complicate GRNSW’s slot processes was the NSW Greyhound Breeders, Owners and Trainers Association running a parallel series.

Programming was problematic and the qualification processes had to be complimentary.

On November 26, the Ladbrokes-sponsored GBOTA series announced that 10 per cent of the $750,000 winner’s purse would be donated to three charities.

A further $30,000 would go to the breeder (which is terrific given NSW has no breeder’s excellence program in place) yet another $45,000 would return to the GBOTA.

It’s a sad day when any winner returns prizemoney to an association or club!

Were these T&C’s added when the slot allocation was announced? If so, it’s lesser an issue but still not palatable to this writer.

The GBOTA’s affiliation with Ladbrokes, one would think, might cover much of the outgoings and the cost of putting racing on (by the GBOTA) is funded by GRNSW.

The November 26 announcement was about a winner’s entitlement yet there is no disclosure should Billy Creek – the GBOTA’s qualifier – finish second or third.

And, finally, how does GRV allocate prizemoney? Does it go to the slot holder? Maybe the owner or trainer?

Year one has been a learning curve for The Meadows, GRV and slot holders. A series debrief must attend to the (many) shortcomings if this race is to be the best it can be.

The Phoenix was projected to be the best versus the best but it’s fallen well short of that.

Qualification measures across slot holders have been starkly different.

The TAB went with one of Jason Thompson’s team, surely Melbourne Cup winner Koblenz will be there, Wow She’s Fast is still being considered, Billy Creek is in, the Queensland Flame will be decided on Thursday and the WA Match Race Final will close out the state-based qualification for Racing And Wagering WA’s processes on Saturday.

Whether The Phoenix Mk II changes tack is up to The Meadows and GRV but one common qualification process (if state-based racing jurisdictions are engaged again) must be considered.

Is that match racing? Is that the best Free For All field possible? Or the fastest eight winners at the track over a set period? … who knows?

Without well considered change, this well intended series might be more a dodo than a phoenix.

The sharp upturn in wagering during Covid lockdowns is already a taking a hit.

GRNSW, this week, had their annual report tabled in parliament and the stark numbers included an increase of $700m year to year in turnover.

The close-to 39 per cent increase in turnover is not easily quantified to income yet the return to participants in FY19/20 was $33.1m on turnover of $1.78b while on $2.47b turnover for the past 12 months, just $38.48m was returned to participants.

The increase in prizemoney is 16 per cent year to year but revenue turnover to the code rose 28 per cent.

Total expenditure was up a little less than $12m or 16 per cent.

There’s no detail around line-item of “Sponsorship and Rights” expenditure but it just-over doubled to $5.47m.

No doubt, GRNSW has cap ex outgoings for Bylong Park and properties adjoining the Richmond race track but, with GRSA notionally returning 60 per cent of income to participants, GRNSW’s return to industry of $38.48m plus $10.87m to clubs on income of $114m is just 42.5 per cent.

There is no breeder’s scheme in NSW and this Annual Report is evidence of money in the bank to look after the people who supply the canine athletes we so love.

The ‘Covid Affect’ on turnover is on the wane but costs to breeders are increasing exponentially.

The TAB, given their marketplace position and being a publicly listed company, has had far more IT issues than they’d have liked over past 12-or so months.

Only this week, someone had his account credited with more than $9000 and temptation was to have a free swing.

Discretion was the outcome but was it fraud if he’d have lost the coin? And had any bets won with the ‘Monopoly’ money, would they have been honoured?

Fernando Bale was a once in a lifetime dog on the track yet his record as a stud dog may well overshadow his 35 career wins (from 44 starts) and all-but $1.3m in earnings.

Koblenz added to Fernando Bale’s remarkable run of success in the Melbourne Cup and, with Kinson Bale and Tiberia Bale in Friday’s decider, Brendan Wheeler took the opportunity to take a break from the tough times the family has endured since his dad’s death on October 13.

His drive to Melbourne with daughter Georgia, 10, had dual purpose – to be at Sandown and to catch up with Paul and Michelle Westerveld along with Fernando Bale.

The old boy is in prime order and his fertility is just remarkable.

“We’ve invested in state of the art equipment to make sure all the dogs semen is of the highest quality and, even at eight years of age, his average litter size and fertility (matings to whelpings) is just fantastic,” Paul Westerveld said.

“Breeders can gain confidence in using the dogs we have here given the new equipment from Denmark stains the DNA from the sperm cell in order to show what is non-viable.

“That way we only freeze sustainable semen … it’s no longer only based  on an individual clinician’s interpretation, it’s on science.”

Perusal of steward’s reports is a daily chore which is rarely entertaining yet an addendum to the Flight to the Phoenix Final at Wentworth Park was interesting to say the least.

The report noted: “Stewards were made aware of a confrontation between licensed participants D Thomas, and J Magri in front of the main grandstand following the running of Race 8. Stewards interviewed both Mr Thomas and Mr Magri, after the last race, with the matter adjourned to a date to be advised.”

Police became involved but no charges were laid. Stewards will now gather further information and the end play won’t be too far away.

Not everyone gets on in this world yet incidents like this only harm in the image of greyhound racing.