HEADING into a new year, wagering and capital works are primary topics which leads this week's agenda in the Sunday Finish On. 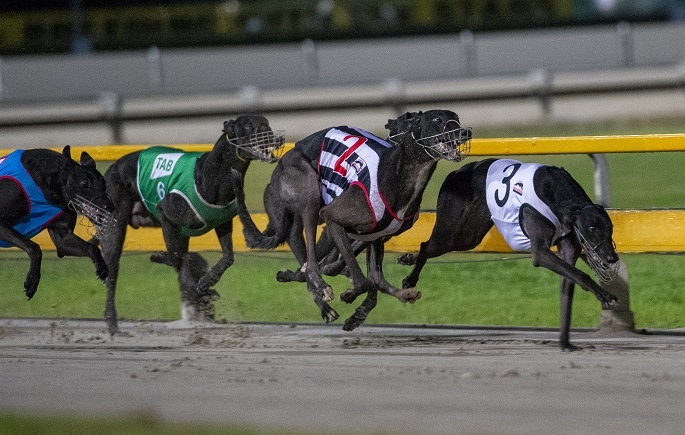 HEADING into a new year, wagering and capital works are primary topics.

The potential demerging of Tabcorp’s wagering and media from the lotteries and keno arm will impact on greyhound racing nationwide with the proposed “Wagering and GamingCo” expected to open international opportunities.

The demerger is expected to be completed by the end of this financial year with the wagering and media arm being valued at up to $4 billion.

A change of ownership sets in place a new era for contract negotiation and every participant (in NSW especially) will be looking for a better outcome.

Capital works-wise, there’s a bit going on. In NSW, Tweed Heads has a development proposal in with Tweed Heads Shire Council with the place for the new facility at Chinderah, just six kilometres from the old Border Park circuit.

Tweed Heads Club now waits on council approval to move to a Development Application but a re-zoning of the 32 hectares site is required.

If Tweed Heads passes all regulatory requirements, first works might commence in late 2022 but that’s in the lap of the Gods.

Goulburn, meanwhile, is waiting on the NSW Government to sign off on funding.

The Goulburn upgrade has been promised for something like 18 months and John Barilaro’s departure from politics has stymied progress.

Deputy Premier Paul Toole has taken Barilaro’s portfolio of Regional Development and, with consultancy completed and a preliminary DA being readied, Government approval might just be weeks away.

The Muswellbrook track is mid-refurbishment while the upgrade of the Thirlmere Trial Track, with the support of a positive Wollondilly Shire Council and assistance from local member Nathanial Smith, is advancing.

What does loom is a sense of political pork barreling in NSW.

A state election in NSW is just over 14 months away – a period particularly prone to ‘left field’ cash injections which seek to mask neglect.

In South Australia, Mount Gambier is under review for vast renovation (or a complete rebuild) while Murray Bridge will be upgraded facility-wise (bars and entertainment) which only leaves a renewal of Gawler to be investigated.

In the first quarter of 2022, a potential straight track site south of Perth will be fully exposed which, long term, will replace Northam as a venue and be much like what is in place at Murray Bridge.

At a tangent, in Victoria, a major engineering review has resulted in more than $18m earmarked for “urgent and essential works”.

The capital works include: –

Greyhound Racing Victoria has asserted the $5.3m in additional prizemoney allocated in September and paid from October 1 (following action led by the Victorian Greyhound Owners, Breeders and Trainers’ Association) is unaffected yet there was a cautionary tone regarding wagering and a further review (of prizemoney) at the end of the March quarter.

Considering how hard the GOTBA fought for the increased prizemoney, it’s remarkable that more than $18m was needed for “urgent and essential works.”

Maintenance lies in the scope of welfare and just how Victoria’s 12 tracks require such a vast sum as a matter of urgency is staggering.

What needs to be understood is that capital works are usually half funded by the Victorian Government … so are the costs of the upgrades really $36m or $18m with half being industry funded?

Perspective is found in the ‘greenfield’ reconstruction of Traralgon which was budgeted in the vicinity of $6m.

Having to purchase land, GRSA spent $8.6m on the dual track facility at Murray Bridge and that included vast site preparation costs.

History shows that a new rail, lure mechanism, drainage, foundation work and racing surfaces run at around $1.5m per site.

As per the dot points above, the Sandown issues are believed to lie with drainage, The Meadows – being 20 years of age – needs a ‘facelift’ of sorts.

The Ballarat kennel block was in the news a couple years back when a vehicle careered off the road (some 30 metres), causing a meeting abandonment yet the damage, presumably fixed under third party insurance, was rectified and the facility is by no means in disrepair.

The upgrade of catching pens is non-specific yet the terminal length of the pens at Sandown and Geelong have been extended and, maybe, that concept will be ongoing at all Victorian venues.

In the end, the capital works are important …. but $18m (or $36m?) is a big spend when rank and file participants fought so hard for a fair share of revenue and the prospect of future increases (at a time when fuel, meats/kibble and the complexity of Covid constraints have just about doubled costs) are, seemingly, not on GRV’s agenda.

It was not such a happy New Year for one trainer in Victorian who, on December 29, contacted GRV to secure a duplicate registration card for a dog racing later that week.

Unfortunately, GRV staff were uncontactable on the morning of December 29 and the prospect of nominating the dog for The Meadows on New Year’s Day was lost.

The alternative was to nominate and suffer a $50 fine for non-production of the ID card but the lesser option was taken.

Greyhound racing only pauses on Christmas Day and Good Friday yet it seems like the administration is not marching to the same beat.

Greyhounds Australia leads the way in the too hard basket. GA closed on December 23 and re-opens on January 4.

Naming applications (processed by GA) might not be such an issue yet access to DNA kits for bitches which come into season is problematic.

Why each state authority cannot have an emergency supply of DNA kits available (when GA closes) is an issue and, additionally, the lab in New Zealand which handles the GA work closed on December 17 and reopens on January 5.

Is that good enough?

Dubbo’s new Orana Veterinary Clinic is only weeks away from having a central figure added to their professional roster.

Dr Will Tong, an expert reproduction specialist, will arrive for an initial 12 week stay to train resident vets with new technology for trans-cervical procedures.

Trans-cervical insemination (TCI) is proving immensely popular with domestic breeders given the procedure does not require anesthesia and is not invasive.

“We have found that progesterone testing in combination with vaginal cytology provides precise ovulation (timing) and with TCI, the welfare of the dog (or any animal) is optimised,” Orana’s Director Rob Ingram said.

“Frozen insemination has been a game changer for breeders yet we really think TCI is the way of the future.

“It’s a more ethical breeding technique … Will is a world leader in reproductive techniques and we are confident conception rates – given the level of oversight with prog tests and smears – will be optimised.

“Some stud masters don’t want frozen implants thawed and via TCI but that view is based on historical results and not what we do here at Dubbo.”

The cost of TCI comes at a saving of nearly 30 per cent to breeders compared to FSI and, should conception rates remain static (high), that will be a win for all.