YUKON Bear will never have the profile of the likes of topliners Wow, Zipping Kyrgios, Jungle Deuce and co. but he’s special in his own way. 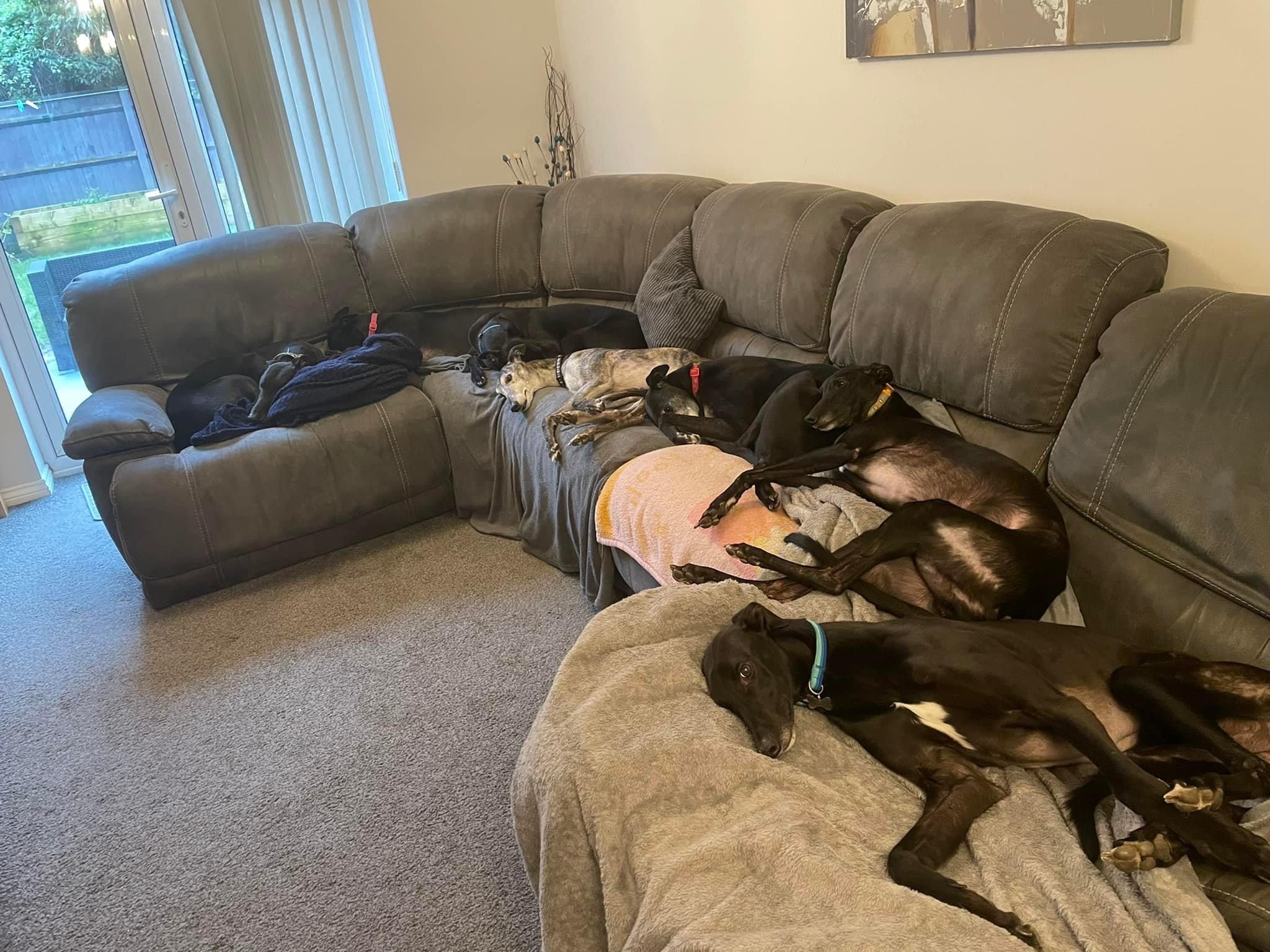 YUKON Bear will never have the profile of the likes of Wow, Zipping Kyrgios, Jungle Deuce and co but he’s special in his own way.

Just on 12 months back, the son of former Bulli 400m record holder File The Writ, won his maiden at Bulli (over 400m) but has since raced mainly at Goulburn.

With seven wins at the spacious Goulburn circuit, he snared the club’s greyhound of the Year for 2021, emulating his sire’s effort in 2017.

Making his track performances all the more special is that trainer Sue Barton is recovering after surgery on a brain tumour.

The Yukon Bear litter represents File The Writ’s only mating and it’s an aspect of greyhound racing (and breeding) which is not adequately supported.

Registration of any sire, be it Fernando Bale, Barcia Bale, Wow, Feral Franky or an import like Superior Panama, comes at fixed cost of $1300 while semen analysis and DNA confirmation makes the exercise stretch beyond $2000.

Let’s not forget File The Writ will never be a commercial sire and that’s nothing to do with his ability – it’s about profile, pedigree and flavour of the month.

What would encourage genetic diversity and left field options would be a non-commercial registration of dogs like File The Writ at a lesser cost.

Should GA have the decency to have a two-tiered entry point for stud dogs, the breeding incentive for owners to ‘roll the dice’ with their own dog might be an option.

The cost of a service (and or registration) should not be the determining factor for breeders but, surely, the sport of the people should not be considered on commerciality alone.

Another File The Writ-type dog is Sunburnt Highway. The son of Oaks Road equalled Bessy Boo’s record number of wins at Wentworth Park on January 8 in a come-from-behind effort in 30.16.

An August 2016 whelping, Sunburnt Highway’s tenacity and longevity (142 starts for 46 wins and as many placings) is remarkable. His win on January 8 was his 17th in Masters company, number 34 at the Glebe circuit (at his 100th start at the track) and extended career earnings to a remarkable $326,475.

GA can help in that aspect but, as ever, they’ll sit on their hands … again.

A major upgrade in funding for greyhounds in retirement has seen NSW and Victoria establish dedicated facilities at Bylong Park (some 20 kilometres south of Denman in NSW’s Upper Hunter) and Toongabbie (north of Traralgon) in Victoria.

Funding welfare for all greyhounds – whether it be prizemoney while racing or in retirement – has been lifted significantly in the past five or so years but there is work to be done.

Greyhound Racing Victoria and Greyhound Racing NSW, for example, have very different business models with GRNSW fully funding regional operations while GRV has a greater reliance on volunteers and participants themselves.

Funding and operational functionality aside, all States can advance rehoming by rebranding.

Greyhound Adoption Program (Victoria, Queensland and Tasmania) and Greyhounds As Pets (all other states) runs with the same acronym and try to do the same job.

What should be in place is a brand like “Greyhounds At Home” – an ideal which deserves investigating as a national, unified approach would ensure a consistent message.

The benefits include an operational synergy on money spent which includes all aspect of promotion and no confusion on contact outcomes.

Change always incurs significant hurdles and personal agendas being cast aside but the greater good in this forum is for the greyhound and not an administrator’s whim.

And what also needs to be addressed is the R-Word – and that’s rescue! It’s a word which grates every greyhound racing aficionado.

Not a solitary greyhound participant considers any dog needing to be rescued and funding to any organisation which promotes a rescue message needs to be sanctioned and or de-funded.

The pathway for retired racers, in the first instance, must be clear and even on Greyhounds Australia’s web site, the mixed messaging adds weight to the lack of national cohesion.

This is an easy fix but will for change seems to be in the too hard basket.

While not on Greyhound Australasia’s own website, an ad had appeared on GRNSW and Racing Queensland’s sites for a replacement of Greyhounds Australasia’s Chairman, New Zealand-based Sean Hannan.

Hannan had been in the role for just over two years (following Anne-Maree Harrison’s departure in 2019) and the new structure is to appoint an independent chair.

Prior to Ms Harrison, Hunter Valley-based lawyer Russell Ware held the role as chair in an independent capacity and history is repeating itself.

The ineffectiveness of GA can be seen in these musical chairs-like antics.

GA has failed to function with any agility for many years and, at a time in 2015 when advocacy was sorely needed, the Sandown office’s initial response was an unmitigated disaster and a subsequent tactic of silence has not helped the industry whatsoever.

The final essential criteria (of eight) for the successful candidate is: “Experience within or understanding of the region’s greyhound racing industry.”

The criteria aside (and it’s badly out of kilter) is that applications are to be forwarded to the CEO and not an independent party!

If that does not underscore the lack of governance oversight at GA, nothing will.

Time has come for GA to be quietly shuffled off and the savings (to industry) be spent elsewhere.

Changes in rules, for example, – via GA – have come at a glacial pace and concepts around improvement get dizzy on their decision making merry-go-round.

The bigger picture is the lack of industry advocacy GA has and, on what is in place, there’s no fix to that.

An example of the advocacy needed from Greyhounds Australasia came before Christmas from Hobart Greyhound Club Chairman Steve Lockley.

The anti-racing establishment in Tasmania has been particularly vocal in recent months, with the Greens asserting greyhound racing is: ”Cruelty from the cradle to the grave” and it was Lockley who defended greyhound racing’s reputation.

So many lies are manufactured and mistruths – repeated by any entity (or person) – should be rebuked with the same passion by means of the truth.

The Irish Greyhound Board have taken up the fight to those who promote mistruths seek to sway public opinion.

In November, the IGB launched High Court action against animal rights activists protesting at its stadiums, including Shelbourne Park.

And there has also been legal action in Ireland to de-register any charity which peddles lies.

Steve Lockley deserves great credit for his stance yet it’s really a national issue and deserves a unified, measured and properly orchestrated focus.

Social media has been abuzz with vision of the new Traralgon track and the first meeting on the J-Curve track is just six days away.

Only the 395m and 500m boxes have been installed due to supply issues surrounding COVID lockdowns the manufacture and installation of the pneumatic arms (to remove the boxes from the track) have been substantially delayed.

With the 450m start not in play, the club’s Group 2 Cup (heats January 21 and final January 26) will be conducted over 395m which makes the series even more appetising.

The only downside for Traralgon is that the final of the Paws Of Thunder is the night after heats of their cup and trainers, due to the congested group race calendar, will need to plan carefully.