Tuesday February 1 had been long slated as the launch date of GA's new National Rules which were endorsed by the GA Board on September 13, 2021. 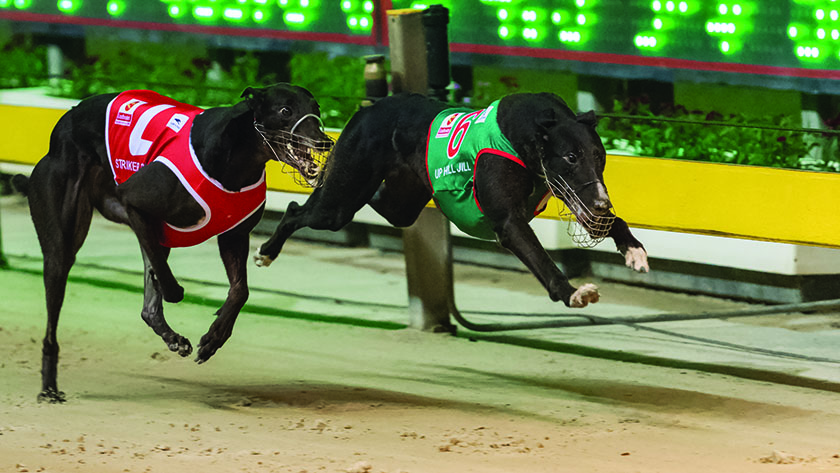 TUESDAY February 1 had been long slated as the launch date of Greyhounds Australia’s (GA) new National Racing Rules which were endorsed by its Board on September 13, 2021.

Back in September, GA asserted: “There will be an extended period of familiarisation, from Monday 13th September 2021 to Sunday 30th January 2022. This allows time for industry and participants to become familiar with the rule changes and for jurisdictions to take necessary steps to enable the adoption of the new national rules.”

After three years of discussion, so-called consultation and 20 weeks of familiarisation, implementation has now been further delayed until May 1.

At this point, GA has officially stated that IT issues are at the core of the delay but there is more and it surrounds the use of non Australian Pesticides and Veterinary Medicines Authority (APVMA) approved products in greyhound racing.

The rule set has many excellent updates yet the wholesale delay of implementation underscores the ineffectiveness of GA and its lack of agility.

Greyhound Racing Victoria’s FastTrack and the Racing And Wagering WA-based OzChase system (used by all other states) do not work in harmony and it’s unlikely to be resolved any time soon – the cost to industry is extraordinary.

This lame process further underscores the need for GA to be disbanded.

Decision making is constrained by governance not unlike the three tiers of politics in Australia: Local, State and Federal Government entities.

In politics, one blames the other in a merry-go-round-like process to delay and evade liability and GA operates similarly.

The peak body blames the members state, the states have individual clubs to appease and, if the music stops, the organ grinder takes a breath, sips a latte and starts the process again!

What greyhound racing desperately needs is an AFL or NRL-like Commission for an entity which – as the Australian and New Zealand Greyhound Association – was established in 1937.

An example of how shambolic GA has functioned is crystal clear – by their own admission in a 2019 Strategy Plan titled “Fresh Thinking, New Horizons”.

The strategic plan “is our blueprint to support he (sic) industry in continuing our new established and clear path of continual improvement.

The GA Strategic Plan was focused on:

And, finally, GA suggests is provides “its stakeholders with value-added services and industry practices that support industry integrity, maximise returns and ensures a sustainable future.”

Value added services! Just how can the GA Board hold their heads up on that notion?

Take for example an in-demand international sire for which semen supply is short and every frozen implant vial is ‘sold’ before landing on these shores.

GA requires the importer to register the service ($55) before the new owner is then taxed a further $50 to have the breeding unit transferred into his/her name. Two ‘kerchings’ of the cash register in one fell swoop!

Aspects of the new rules which have a threshold for previously permanently banned substances (a minute trace of arsenic for example) or the merging of FTP and marring offenses  should have not been delayed.

Why not implement the new rules on February 1 and place a moratorium on the aspects which remain contentious?

For an overarching ambition to provide uniformity to implementation, this new rule set had failed at the first hurdle.

Greyhound Racing Victoria, for example, prior to last week, had decided to delay implantation until further consultation was undertaken … was 20 weeks not enough?

The notion of uniformity is laughable and GA’s ineffectiveness and relevance is laid bare.

Singing Kumbaya at a monthly (or quarterly) meeting no longer cuts the mustard but who has the courage to decide when enough is enough?

Their Strategic Plan (of 2019) was 20 pages in length and attempted to “boil the ocean” yet they’ve failed to boil a small pot of water.

GA’s Board surely must look at performance and results and see that change is long overdue.

It’s interesting that GA’s rules of racing have specificity around the distance which the lure must be not less than 5 metres and no greater than 8 metres ahead of the leading greyhound.

At Rockhampton on January 26, the start of race five (a manual or hand start) was in play and the ‘trip’ for the start of the 510m is behind the boxes. 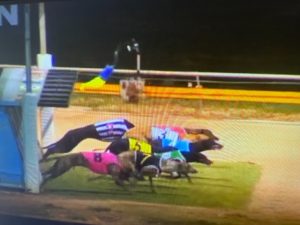 Certainly the apparent early opening of the boxes and no material affect on the results and, by means of GA’s rules (The Stewards may permit a variance to
the distance if satisfied that as a consequence of such variance no greyhound has been substantially inconvenienced so  as to affect the outcome of the Event) all clear was given.

Whether the trip start is not working at Rocky is unknown but the Stewards’ Report is yet to populate the Queensland Racing Integrity Commission or Racing Queensland web site and that will be evidential.

On Thursday at Dubbo, local member and Minster for Agriculture and Western NSW Dugald Saunders will host a meeting with greyhound breeders to discuss the proposed  Animal Welfare Bill 2022.

The 52-page draft is open for public consultation and, in affect, will replace the Prevention of Cruelty To Animals Act when legislated.

There are aspects of the draft bill which will properly regulate the breeding of all animals yet the banning of frozen insemination was the catalyst for the February 3 meeting with the Minister.

The document, prepared by faceless public servants, failed to grasp the vast uptake (and investment breeders have with frozen semen) in greyhound racing and, fortunately, Minister Saunders understands the oversight.

Thursday’s meeting will provide clarity on the next step.

One aspect not covered by the DPI Draft Paper which needs to be included is the transport of animals.

Social media lit up (again) late this week with news that a dog (not a greyhound) had died in transit to Queensland.

And that comes only weeks after another death in transit (at Glen Innes) which is under investigation by the NSW Greyhound Racing and Integrity Commission.

GWIC intends to  bring transporters into regulatory oversight and inclusion of that aspect into DPI’s Draft Animal Welfare Bill will expedite the matter … it just makes good sense.

Scott McKinnon and partner Kirsty Colliver made the 90-minute trip north west from Dubbo to Coonamble on Friday for the very first time to see their talented pup Return Mac make his debut in the rich Ned Australia Whisky Gold Maiden Final (305m).

In Sunday’s $12,000 to-the-winner final, Return Mac was unplaced behind litter brother Kip Keeping in a smart 17.61 but this is just the start of his (and his excited owners’) journey.

And the success which the McKinnon/Colliver team enjoyed in the Coonamble campaign was also lapped up by Kirsty’s dad Steve – a factor which underscores the sense of community found in greyhound racing.

“Scott and I have had racehorses for 10 so years but never raced a winner,” a bubbling Kirsty Colliver said prior to heading to Coonamble.

“We bought ‘Mac’ at just eight weeks of age from Charmaine (Roberts) and Shayne (Stiff) and they have given us the greatest thrill – a perfect introduction to the sport.

“We paid for his rearing, pre-training and breaking-in in the purchase price and they’ve done all the hard work.

“Friday’s win was so exiting, he led from box one and ran good time. Charmaine said he’s only young and had genuine improvement in him … everyone is so excited.”

While at arm’s length from syndication, the helping hand which Charmaine Roberts and Shayne Stiff provided is mirrored nationwide and should be encouraged.