The closure of Richmond for a complete renovation has had immediate, stark impact on trialling opportunity for trainers in the Sydney basin. It's an issue which GRNSW must attend to. 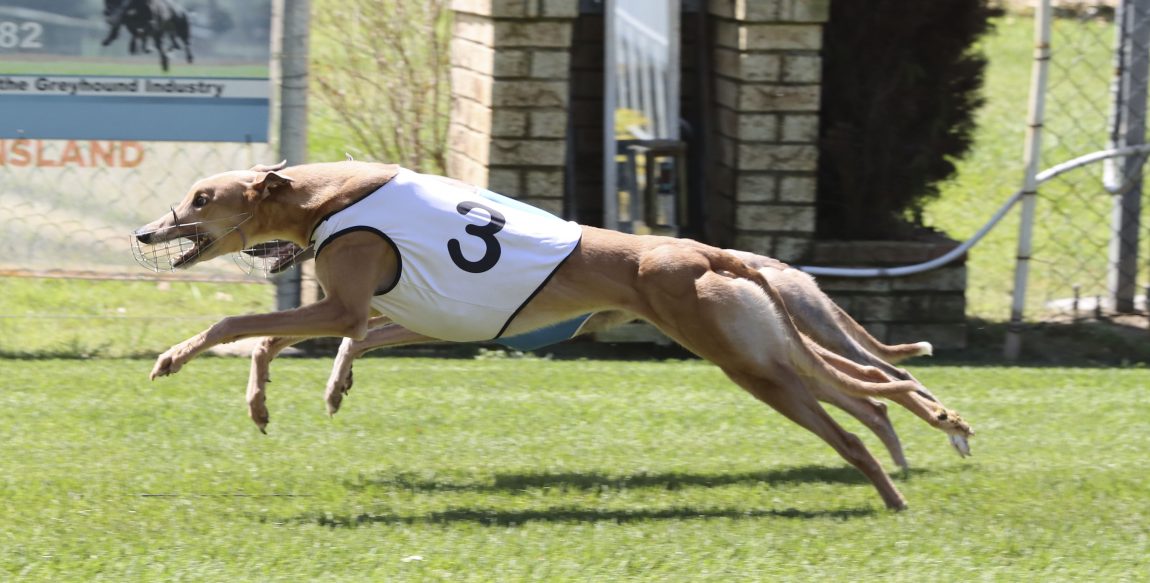 The closure of Richmond for a complete renovation has had immediate, stark impact on trialling opportunity for trainers in the Sydney basin.

At Wentworth Park on Tuesday, for example, booked trials were running as much as two hours late and final trials were not completed until just on 11pm.

Not only does the duration of trials impact on the welfare of dogs (young pups at times), staff are working long hours without a break and trainers are arriving home in early AM hours.

The importance of trial sessions cannot be overstated yet more structure around what happens on trial night might streamline processes.

Dedicated sessions for inexperienced pups (which take time) need to be separated from a Tuesday night, for example. which can be the final hit-out for dogs racing on the weekend.

Richmond is many weeks away from work being completed and Appin, fortunately, stepped up and added more trials to their already full schedule.

Maybe, dogs nominated for Saturday (at WP) should get preference regarding trial bookings but there is a flaw in that process – who identifies a nominated dog and can a trainer trial dog(s) for others?

Another impact time-wise is changing ‘squeakers’ from trainer to trainer … it all takes time.

Greyhound Racing NSW is investing in infrastructure and the upgrade of Richmond and Muswellbrook are important but only scratch the surface of the issue.

Proposed new tracks at Goulburn and Tamworth will come yet, like Tweed Heads, there are Council ‘hurdles’ to clear.

Innovation drives better outcomes and greyhound racing in NSW is going through a metamorphosis and the news this week that Taree, Wauchope and Kempsey would merge to one entity was positive.

And it should not end there; the Illawarra (Dapto, Bulli and Nowra) cannot sustain three venues moving forward while the Hunter region (The Gardens, Maitland and Gosford) will come under scrutiny as will the Northern Rivers (Grafton, Casino, Lismore and, eventually, Tweed Heads).

The Moree Club has conducted meetings at Gunnedah yet, if the rest of the state contracts in the number of venues, where does that leave Tamworth and Gunnedah – the two towns are less than 80 kilometres apart – just a little less than Wagga is away from Temora.

It’s a juggling act which kicked off very cleanly in the mid-North Coast and, while many will want to resist change, it’s just got to happen.

Casino has just had lights installed so trialling under lights will assist trainers in that region from next month but that’s not going to fix all.

Is there the demand or opportunity to upscale the use of the Canberra circuit?

Should Lithgow be a dedicated education hub? A facility for assessment of registered persons’ capacity (practical assessment of handlers) and the non-race day training of lure drivers perhaps? There are many options to consider.

Multi-tasking is going to be a necessity with the use of casual staff problematic.

The state of play in NSW will be structured around a minimum operating standard which, going forward, must be strictly enforced.

The closure of the Devonport track might have come as some surprise to mainland participants but not to those in Tasmania.

Development of the Showground site was disclosed more than two years ago with March 2022 quoted as the likely end date back then and that’s come to pass.

At the time of the sale, a new complex in Palmer’s Road, Latrobe (on the main thoroughfare from Launceston to Devonport) was promised and a new dual-purpose facility (as Devonport was) will have earth turned very shortly.

Meantime, the Devonport dates will shift to Hobart and Launceston (alternately) with the grades of dogs from Devonport being in place.

Just when the new Latrobe track(s) will be completed is the big question yet politicians have made firm promises and this ‘fait accompli’ has strength in numbers with harness racing also in the mix.

On Friday, Greyhound Welfare and Integrity Commission Chief Steward Wade Birch completed a review of the photo finish at Goulburn on February 11 in which Maldini was declared the winner ahead of Zetland Girl.

The original decision was amended to a dead heat, with the processes of review being done in a timely manner.

The outcome, however, was much different to the circumstance Queensland trainer Darren Taylor found himself in regarding Barcia Bullet’s win at Rockhampton on February 16.

Rising four year of age, Barcia Bullet boasts 25 wins from 77 starts and, after one start in Victoria, has done all of his racing in Queensland.

His win in a Free For All on Wednesday drew the wrath of stewards, however.

Stewards noted: “Barcia Bullet approaching the finish line slowed and turned to the runner on the outside. Was sent for a post race veterinary examination and no abnormalities were found. Trainers representative Jordan Taylor was advised that Barcia Bullet was stood down from racing for failing to pursue the lure with due commitment. As a result was barred from racing for 28 days and must pass a satisfactory stewards trial before returning to racing again.”

Trainer Darren Taylor, the next day, contacted the Queensland Racing and Integrity Commission seeking a review of the decision which was granted.

Unfortunately, there was no head on vision of the concluding stages of the 510m contest and the panel elected to not change the previous night’s decision.

What’s concerning is that QRIC Stewards work from same rule book as other states and individual interpretation of the rules – regarding FTP – can come down to a very subjective insight.

What’s the point of a review if a second opinion does not matter?

Barcia Bullet as evidenced by the on-course photos never came in contact with Deadly Choice, thus no marring yet just how a failing to pursue the lure charge was sustained in the first place is difficult to assess.

What complicates Barcia Bullet’s situation is the remote location which he races at (primarily) and a 28-day stand down is significant.

Greyhound racing is in serious trouble (not only in Rocky) if stewards impose sanctions on dogs which perform like Barcia Bullet did on February 16.

Book smart and not street smart comes to mind. The literal use of the rule book is out of order at Rockhampton and an appeal process failed to identify that.

THE PLACE TO RACE

GRNSW has injected significant money into owners and trainers’ pockets in the past few months, working primarily to reward dogs racing over traditional ‘500m’ distances and beyond.

The Million Dollar Chase is the richest race in the world and ‘kennelmates’ now include the middle distance GRNSW Country Classic ($125,000 to-the-winner which gets underway next week) and ‘The 715’ at The Gardens (in June) which will carry a $500,000 winner’s purse.

The missing link is a short course event of substance and anything in the realm of $100,000 will get the focus of trainers from far and wide.

Just what the optimum trip (and track) would be is subjective yet venues which operate at the 350m to 400m range should be in the hunt.