WAGERING on Australian greyhound racing soared to quite extraordinary levels during 2021 by means mainly of the COVID-19 lockdowns in place. 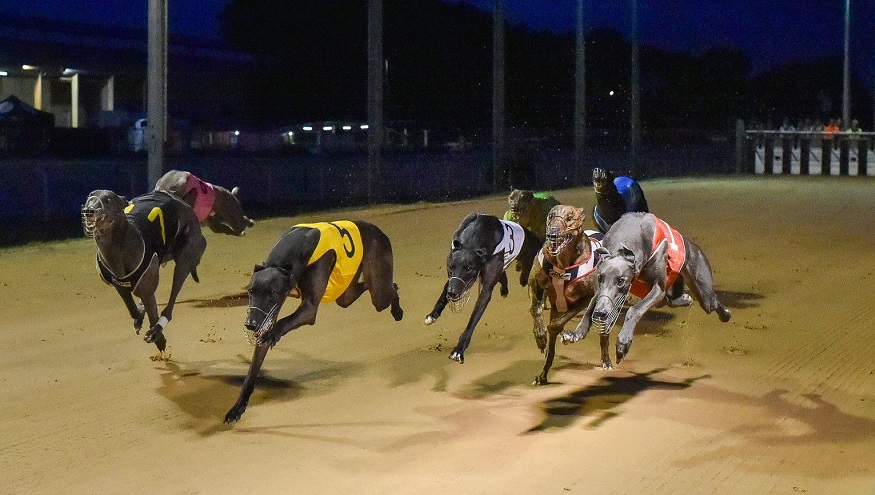 WAGERING on greyhound racing soared to quite extraordinary levels in 2021 by means of COVID-19 lockdowns.

Turnover, the lifeblood of all three racing codes, has retracted somewhat yet the downturn has an arch nemesis – confidence in wagering … and that’s being seriously compromised in the greyhound racing world from within.

Only last month, Darren Taylor’s Barcia Bullet was slapped with a failing to pursue the lure charge (Greyhounds Australasia Rule 69A) in a race at Rockhampton which he won (his 26th win at start 78) yet never made contact with a rival.

With no head on vision available (that’s been attended to by the Queensland Racing and Integrity Commission and Racing Queensland), the original outrageous decision could not be overturned.

The application of Greyhounds Australasia Rule’s (GAR) can now be deemed subjective and, in the last week, three instances in Victoria – applying the same GAR and judgement – are cases in point.

Let’s starts with the antics of Zac’s Entity at Sandown on Thursday.

Mid-race, in setting after leader Golden Quest, Zac’s Entity’s speed was 65.5kph (as per the Isolynx technology in the racing vest) and before the home turn, his velocity was 2.2kph quicker than the leader.

His velocity never decreased to less than that of Golden Quest yet was beaten in a tight finish. In fact, he slowed at the most critical point of the contest and all viewing expected sanction from stewards.

Fortunately, a repeat of the harm he caused at The Meadows in November was averted. Here’s a reminder:

While those who backed him would have been aghast at the result, a post-race veterinary examination of Zac’s Entity found a right shoulder injury and a 5 day stand down period was imposed.

That quite minor injury did not prevent Zac’s Entity from reeling Golden Quest in yet was deemed a reliable excuse not to run past her!

Greyhound racing, by nature, is not collision free and who knows how or when Zac’s Entity sustained the shoulder issue … could it have been post-race in the catching pen?

This comes just four months after his antics in the Group 1 Topgun Stayers at The Meadows.

Stanley Road had won 18 of 40 starts, earning in excess of $400,000, prior to falling at The Meadows and has won only once in eight subsequent outings.

His confidence, it seems, has been compromised.

On Wednesday, this happened at Sale:

The dog was vetted and no injury was found. Owner-trainer John Brown elected to not have the dog re-examined and accepted GAR 69A (1) by which Black Power was charged with failing to pursue the lure with due commitment.

John Brown’s decision was upholding the integrity of racing but why did stewards think it necessary to re-examine Black Power?

Then, on Friday at Geelong, Yulong Yap did this:

The stewards reported came up with: “Arby’s Sally underwent a post race veterinary examination and was found to have an injured right monkey muscle. A 5 day stand down period was imposed.  Stewards spoke to trainer, Mr. Colin Baker regarding the greyhound’s racing manners approaching the second turn. Acting under the provisions of GAR 69B(1), Arby’s Sally was charged with failing to pursue the lure with due commitment (by reason of injury). Mr. Baker pleaded guilty to the charge.

“Yulong Yap underwent a post race veterinary examination and was found to have an injured left chest muscle. A 5 day stand down period was imposed. Stewards spoke to trainer, Mr. Raymond Henness regarding the greyhound’s racing manners approaching the third turn and approaching home turn. Acting under the provisions of GAR 69B(1), Yulong Yap was charged with failing to pursue the lure with due commitment (by reason of injury).

Mr. Henness pleaded guilty to the charge, Yulong Yap must perform a satisfactory trial in accordance with GAR 69B(1) and GAR 72, before any future nomination will be accepted.”

On January 31 at Shepparton, Quest For More – ironically competing against Yulong Yap – did this:

At Shepparton, Quest For More’s kennel rep Brayden Klemke declined to have the dog re-vetted after a split webbing to the left hind paw incurred a 3-day stand down period. He gets full marks!

Brayden Klemke was protecting the integrity of racing while stewards, it seems, have less regard.

GAR rules should assert that unless an injury is substantial and confirmed within 72 hours by an on-track veterinarian, a suspension of 28 days with provision to GAR 69A(1) could apply.

The carnage at Shepparton is an embarrassment, as are GA’s rules and, in many situations, stewards’ capacity to really differentiate an injury from a lame excuse.

There’s no doubt the powerhouse sprinter eased at the back end of the catching pen but did he deserve to be charged under GAR 69B (1) – failing to pursue the lure with due commitment (by reason of injury).

A win by more than seven lengths in fast time (29.37) and he failed to pursue the lure?

The injury was reported as an abrasion to his left hind metatarsal and resulted a three day stand down period. More appropriate would have been a quick chat  to suggest that the dog’s future performances would be monitored. No BS injury, just a common sense on-the-record chat.

Over the past 12 months or so, 65 per cent of all injuries in Victoria have been deemed to be minor (three to five days stand down) and that’s also harming the image of greyhound racing.

Are stewards looking for an excuse to not impose rules that protect punters and the integrity of racing?

Trainers and punters alike are held to account regarding integrity yet application of the rules of racing are applied whimsically.

Though national rules are in place, what Queensland stewards apply is in stark contrast to their Victorian counterparts. That must change.

Decisions are being made by ‘book smart’ and not ‘street smart’ officials.

Good news coming out of Capalaba regarding the resumption of racing.

While the clean up after flood waters of two metres covered the track only 10 days back the club, with the assistance of Racing Queensland, may start trialling in four weeks.

Meantime, the facility needs a lot of residual damage to be rectified (walls, doors, electrical components etc) and the track has had horticultural experts assessing the racing surface.

Albion Park is a different story. The water damage at the Breakfast Creek site was far more extensive than Capalaba’s scale. 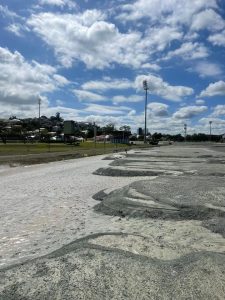 In fact, the site shows potential to be excellent for white water rafting and or canoeing site for Brisbane’s 2032 Olympics.

All electrical componentry needs to be assessed, the racing surface may in place in a week’s time while a new lure motor will arrive this week.

Maybe a month is too soon to expect Albion Park to be back but, at least Ipswich is operational.

Just what will the Queensland Government do if Mother Nature strikes again in the lead up the Brisbane Games?

Thinking caps needs to be adjusted I’d say and having all your eggs in one basket (location-wise) can be problematic.

Queenslanders found that out with the Equine Influenza outbreak in 2007.

Traralgon’s new track has had teething issues and, for the moment, won’t trial again until next Thursday – March 17.

The next meeting at Traralgon is March 26, more than three weeks since their last meeting (March 2). Racing ceased due to an inconsistency in the track’s surface and maintenance was brought forward.

Exacerbating the issue was Cranbourne’s closure and Warragul was out of play (for two weeks) – again sighting maintenance.

NSW tracks are managed directly via Greyhound Racing NSW and reporting is strictly monitored and there is a consistency surface quality.

Victorian’s have the benefit of the best, most manageable sand in the country (Burrambeet) but something is awry and GRV must act.