GRNSW moved the goalposts in 2020 with the inaugural running of the Million Dollar Chase at Wentworth Park gaining national free to air TV coverage. 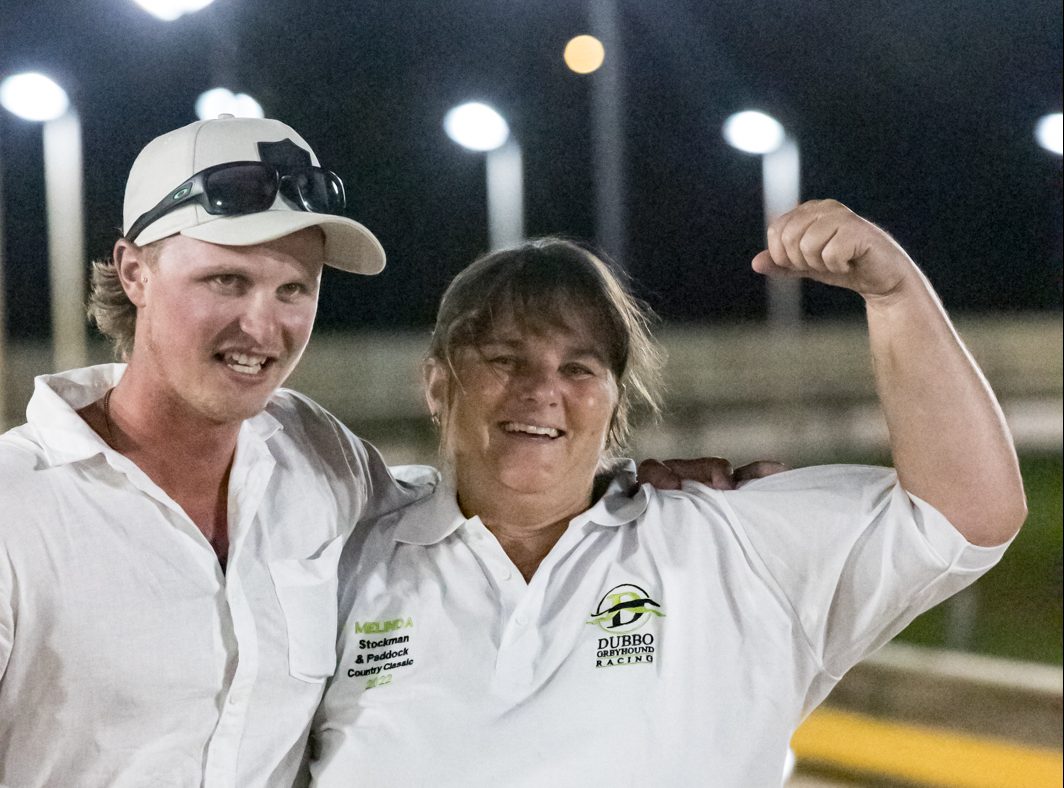 GREYHOUND Racing NSW moved the goalposts in 2020 with the inaugural running of the Million Dollar Chase at Wentworth Park gaining national free to air TV coverage.

The 2022 MDC revs up again in just 11 days with the opening heats to be conducted at Casino yet this rich series will do well to usurp the excitement of Saturday night’s Stockman & Paddock Country Classic at Dubbo.

This was not Wentworth Park in Sydney – a city of just on five million – the venue was Dubbo and Dawson Park was ‘jumping’.

More than 1800 people were trackside, the seven bar staff were run off their feet and, despite thinking ample amber refreshment was on hand, mid-evening staff restocked with an additional 100 ‘slabs’ while the catering team were run ragged.

This middle distance series can only go from strength to strength and, surely, this success story has found its rightful home.

And let’s not forget the efforts of 2003 Australian Idol runner-up Shannon Noll.

Hailing from Condobolin, just over 200 kilometres south west of Dubbo, Noll went above and beyond in his efforts to entertain the gathered throng. 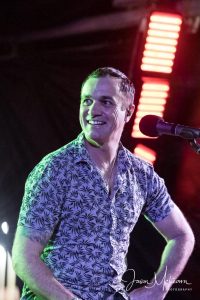 Between races Noll gave a youngster from Dubbo’s Westhaven Association – a disability supported accommodation service – a massive thrill by allowing him to play his guitar while having a chat for 15 minutes.

His kindness was not missed.

By design, the Country Classic was considered a project with no fixed address yet, apart from Grafton (hometown for Troy Cassar-Daley and The McClymonts), where else could greyhound racing in NSW be so proudly showcased?

A notable attendee at Dubbo’s Country Classic was Jan Wheeler.

Since husband Paul died suddenly at their Merringo home on October 13, Jan had not attended a race meeting yet, with Mark and Lisa Delbridge travelling to Dubbo with Jarick Bale for the big final, Jan went along for the ride.

“Paul and I loved going to the races and it seemed right that I made the effort to get to Dubbo,” the Wheeler family matriarch said. 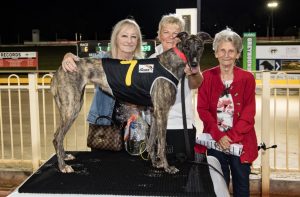 “Shayne (Stiff) and Paul were close friends. They travelled through Asia together back in 2015 and Shayne would often chat to Paul about breeding trends … he would have loved how the club promoted the night.”

While Jarick Bale struck mid-race traffic and finished at the tail, the significance of Zipping Kyrgios’ win was not lost on Jan.

“Martin (Hallinan) was on the same trip with Paul and Shayne and both the Hallinan boys (Damien and Cameron) were here tonight. The joy in their faces was a sight to behold,” Wheeler added.

“He’s a mighty dog and ran really quick time … he deserved the win for sure.”

Also on site was world renowned vet Dr Will Tong.

A reproduction expert, Tong is training staff at the Orana Veterinary Clinic in Dubbo in trans-cervical procedures and will be in residence for around six weeks.

Orana has made an immediate impact with services to the greyhound industry regarding orthopaedic procedures along with freezing and storage of semen,

Stud masters are supporting the facility very strongly and the ‘catalogue’ of services available at Dubbo is building week-by-week.

The date of Albion Park’s return to racing is impossible to predict.

Issues for the site run a little like Billy Joel’s We Didn’t Start the Fire … Russia’s invasion of Ukraine, reparation after the floods, the price of fuel, supply chain delays and Covid-19 have conspired to see the Breakfast Creek venue unable to even have gridded power available.

A portable generator is on site which, in time, will supply power to the boxes, site cabling and motors etc but parts supply for the main switchboard holds the key to the track being fully operational.

There is no end date and there’s nothing the club or Racing Queensland can do about it. Meantime, dogs with an affinity to Ipswich will make the most of the ‘metro’ prizemoney on Mondays and Thursdays.

After accounting for Group 1 winner Typhoon Sammy in a Shepparton Cup heat on Monday in a slick 24.87, outsider Dream Wizard was found to be suffering from Post Exercise Distress Syndrome (PEDS).

In order to take his place in Saturday’s decider (snared by Substantial in a slick 24.67), Dream Wizard needed to trial to the satisfaction of stewards and a 22.36 effort at Warragul on Thursday ticked that box.

Just on 48 hours later, he overcame difficulties to finish third in the $47,000 to-the-winner – a grand effort considering his veterinary issue and the less-than-ideal quick back-up.

Another eight dogs contested clearance trials at Warragul on the same night with all-but one being for marring/failing to chase.

This is greyhound racing’s Venus flytrap. For now, the prospect of a disqualification/suspension via contamination is real.

GA’s new rules, in time, will set a threshold for substances in society which are illicit while wayward chasers morph from between marring and FTP charges with (very) minor injuries being conjured to avoid anything other than a clearance trial a la Warragul on Thursday.

Midst the razzle dazzle of Dubbo and after the Shepparton Cup was decided, WA’s only two Group 1 races were held at Cannington on Saturday night.

While more than 1800 attended the Dubbo shindig, only 150 souls were allowed into WA’s premier venue due to the WA Government’s strict Covid-19 protocol.

Congratulations to Steve and Kira Withers for taking out the 2022 Group 1 SKY Racing Galaxy Final with their greyhound MAMBO MONELLI. pic.twitter.com/kCJk53JbHH

Somewhat ironical was the victory of Mambo Monelli in the Galaxy (715m).

The home-bred black and white dog was bred and raced by Dave Hobby but sold to Steve Withers following Hobby’s suspension from training due to RWWA’s vaccination policy.

Whatever the purchase price, Saturday’s $100,000 return represents a positive outcome and at only 31 months of age, time is on Mambo Monelli’s side to add to the booty.

The effort was reminiscent of WA Hall Of Fame hero Afro Freeway. He raced with great success at Cannington in the 80’s and held both 295m and 740m records simultaneous.