Greyhound racing has evolved significantly in respect of welfare and on June 2, the Commission will roll out their new E-tracking program. 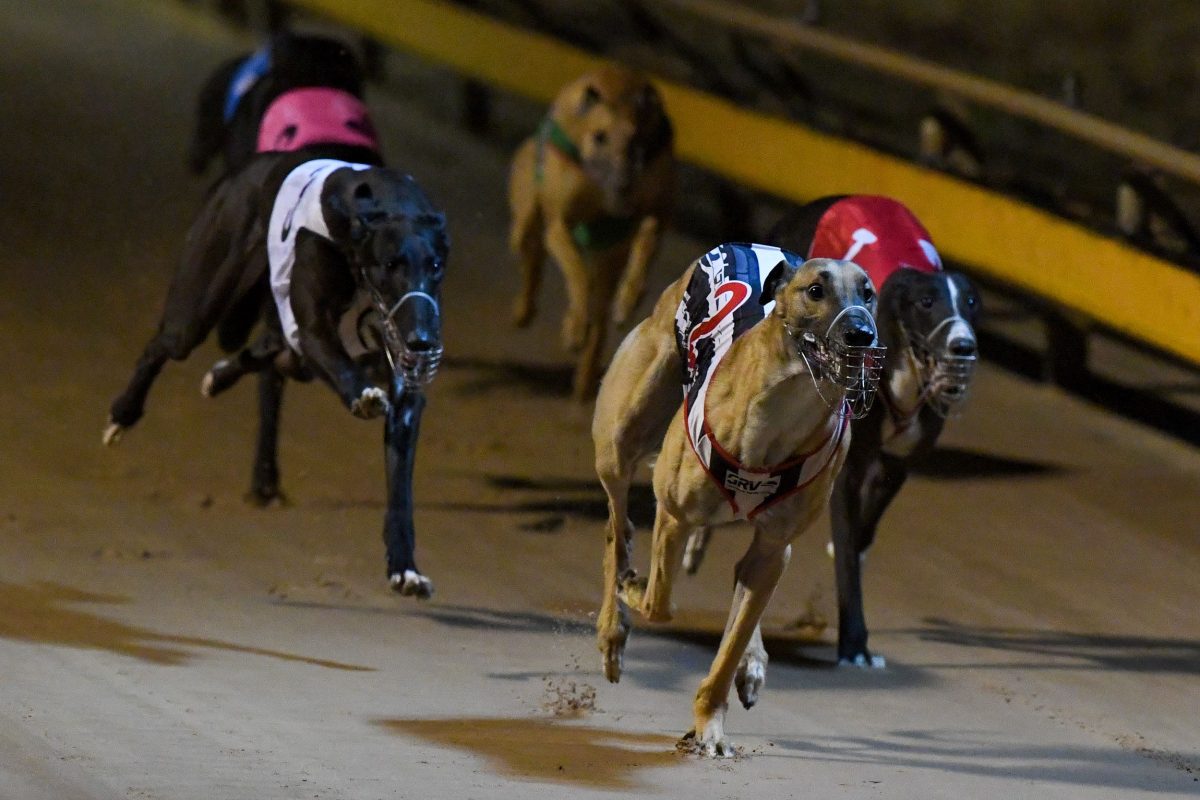 GREYHOUND racing has evolved significantly in respect of welfare and, in NSW in a matter of days, the Greyhound Welfare and Integrity Commission will roll out the first tranche in their E-tracking program.

The process will allow the industry to provide real-time location of all greyhounds and absolutely debunk the lies and misrepresentations anti-racing entities promote.

A prime example is the McHugh report which relied upon false data that led to the Mike Baird decision to ban greyhound racing in 2016.

The E-Tracking is understood to be a world first and other jurisdictions are watching developments closely.

Retired greyhounds will be annually ‘checked in’ while racing stock which have not competed for more than six months will also be monitored.

There’s nothing to do with pups or actual racing participants, yet a commercial rearing facility will identify dogs when they arrive – and leave – so that a complete circle of life is in place.

Let’s hope GWIC next turns attention to the transport of greyhounds which is, as yet, unregulated.

Since arriving at Greyhound Racing NSW in 2017, outgoing CEO Tony Mestrov set about raising the commercial profile of greyhound racing.

The Million Dollar Chase and the world’s richest staying event – The 715 at The Gardens – will be his racing legacy but a deal of infrastructure has also come since 2017.

GNSW Chairman John Williams said,  in a media statement: … “the board has commenced a recruitment process to find a new CEO and that Mr Mestrov would remain at the helm in the short term to assist with hand-over preparations.”

“He deserves all the accolades and praise for what he has achieved at GRNSW,” Mr Williams said.

“Record re-homing of greyhounds and welfare improvements have been enabled by Tony and his hard-working team, delivering revenue growth within the industry that has at the same time ensured security for participants with prizemoney paid out almost doubling during Tony’s tenure.

“We wish him all the best professionally and personally.”

The move by Tony Mestrov back to the NRL comes at a time when minister Kevin Anderson is considering applicants for the two ‘industry’ Board roles held by Matt Waring and Kevin Gordon.

Both men have the capacity to be reappointed and, at this important stage, a steady hand in the boardroom is the logical option.

Buoyed by the success of the 2021 syndication of youngster Our Dream Girl, Racing and Wagering WA has put the first piece in place for the 2022 incarnation.

An oversubscribed response from first time owners has swamped RWWA for share in a puppy by local hero Tommy Shelby out of West On Holly.

The brindle dog is just on six months of age and will be reared by Linda Britton.

There is no cost whatsoever (purchase, rearing, education and pre-training) for 10 teams which form a syndicate to race the dog.

On Sunday, 80-plus people travelled to Nambellup to meet with “Young Tommy” at Corey White’s magnificent property which provides a fantastic insight into the otherwise hidden element of a juvenile’s upbringing.

A nice surprise for the gathered throng was meeting Tommy Shelby at lunch and all were just delighted with the opportunity.

With the Chasing A Dream concept, greyhound racing in WA has shown the way in community engagement. This is about inclusion, education and responsible ownership.

A random draw takes place for the prized syndicate membership in which the 10 teams secure a 10 per cent share. That draw will be done at Cannington on Saturday night when the off-track action might is sure to be animated.

Greyhound Racing Integrity Ireland does a grand job calling out the outrageous lies and the ridiculousness of some social media flows apace.

This week, GRII published two gems (below) with ‘marshmallow’ Jerry and ‘gunpowder’ Linda dead heating for our Goose Of The Week award. 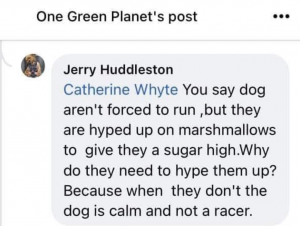 No doubt next Sunday’s GOTW gong will been keenly contested.

Irish officialdom has come up with an decision on parading jackets which, considering the problem champion trainer Delores Ruth disclosed on social media, might have been made after a long session at the famous Guinness Brewery at St. James’s Gate in Dublin.

While a parade jacked is far from a fashion statement this, “polyester piece of plastic” as Delores describes it is ‘taking the you know what’!

Adding insult is that handlers were required to purchase the parade jackets.

A rethink from the Irish Greyhound Board fashion police is required.

While on the subject of social media spats, one surfaced this week between the Geelong club and a participant who educates ‘break ins’ at the track.

Without taking sides or knowing the detail, the brouhaha does raise the issue of ‘free trials’ provided by Greyhound Racing Victoria (at all tracks) and the lack of infrastructure in the Garden State outside TAB racing venues.

Some tracks (especially Bendigo) do a great job providing a service to trainers regarding trial opportunity and GRV is funding (free trials) the education of interstate-owned dogs in some instances.

There are two potential solutions for breaking pups in. The first is for GRV to invest in infrastructure (let’s say the old unused Tooradin track or Murphy’s at Carrum Downs).

GRNSW has shown the way in facilitating the upgrade of the Cudal trial track and work commences shortly on the Wollondilly Council-owned Thirlmere trial track which has not functioned for a few years.

Should Tooradin re-open, the Gippsland region will have immeasurable pressure released from trial bookings and leave the race tracks for racing stock.

Trainers do like to trial pups on race tracks but that can come after the education process is finished.

Alternately, GRV could consider the free trials to be only available to dogs which have raced and, in real terms, the are the one’s contributing to revenue.