WITH heats at Bathurst on Monday and just over 24 hours later at Gosford, GRNSW’s new The Thunderbolt series is getting down to business. 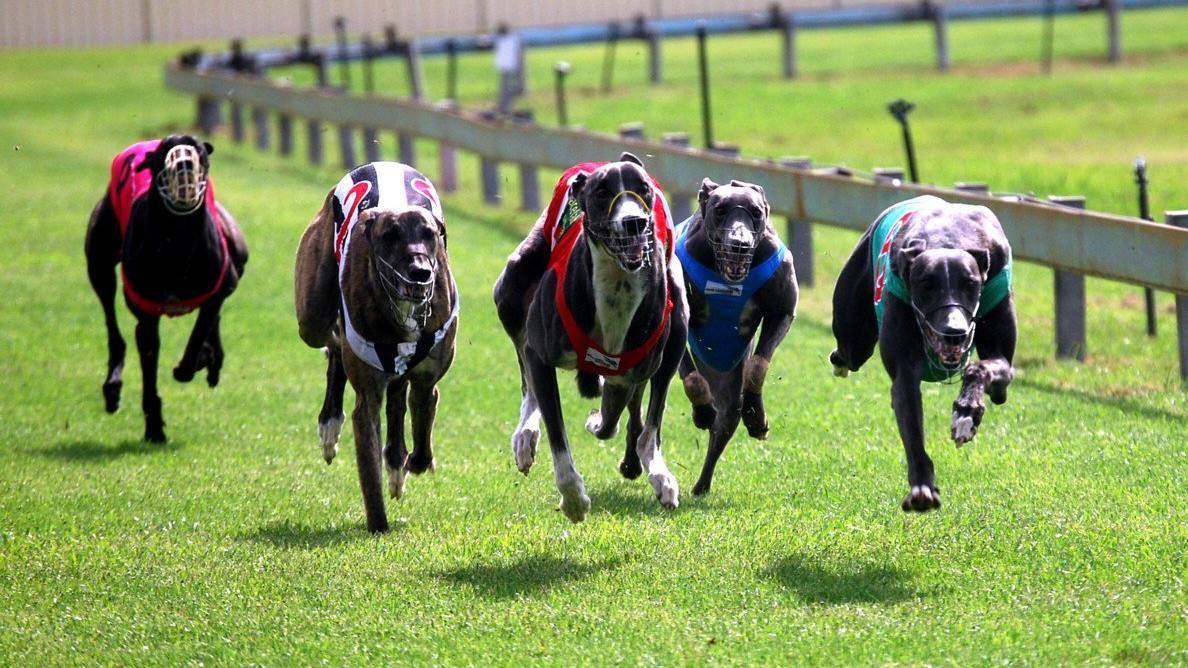 WITH heats at Bathurst on Monday and just over 24 hours later at Gosford, GRNSW’s new The Thunderbolt series is getting down to business.

Some sharp sprinters have already qualified for Saturday’s semi-finals yet the trip north (for many) has developed a tough edge after the Grafton heat performances of Orson Laurie and Integrity Mate.

Integrity Mate combines speed and strength having won Casino’s Beef Week Cup on May 27 in a slick 27.30 and, previously posted a record breaking 22.77 over 411m at Casino.

But can Integrity Mate match Orson Laurie for early zip?

It’s likely that Orson Laurie’s first section on Saturday (3.89) is a record and one that might last for some time.

Regulars at Grafton get excited when dogs get close to four sections for the to the first mark (which is at the point of the first turn) and Orson Laurie breaks four seconds quite regularly.

Such is the Evelyn Harris-trained brindle dog’s affinity with Grafton, he broke the record at his debut (running 18.81) on August 22.

Winners only have qualified for the semi-final round and there will be no room for error yet Orson Laurie ticks all the boxes.

Group winner Typhoon Sammy is in the mix while Mickey Doo is there too! This is going to be some series.

A cool $75,000 goes to the winner on June 19 and Grafton will be jumping … seems like the right track and right trip for this grand event to be permanently based.

The fabric which binds greyhound racing is that of family and Wendy Byrde’s win at Wentworth Park on Saturday has a remarkable back story.

In a mixing affair, Wendy Byrde posted her 10th career victory when a $151 chance (her Betfair SP was $580) and the win was a wonderful tonic for trainer Amanda Ginn.

Based at Cudal, Ginn had been hospitalised all week with yet another stint dealing with a debilitating back injury which brought on auto immune issues.

Amanda’s son Tyler and her partner Craig Tuntler stepped in for the trip to town and the win could not have come at a better time.

“Mum had to be forced not to go (to the track),” Tiffany Ginn said. “She tried to convince the hospital staff that she was OK to be discharged just in order to go to Wenty.

“We also had Omens in the last race and the trip home – with stops – is just on five hours …  it was just not possible for her to be getting home after 4am and being OK.

“She was in tears at home and the win really makes the hard work worthwhile.”

With costs soaring, a trip to Wentworth Park – with a $151 chance – is a leap of faith yet, on a night when heats of The 715m at The Gardens and Thunderbolt at Grafton were the portent to greater riches, Wendy Byrde’s narrow win was one for the ages.

It’s hard to think of a person in greyhound racing with a warmer heart than Amanda Ginn – she’s selfless to a fault.

The Ginn’s are greyhound racing’s beating heart. Tyler works full time for the Hallinan family at Clergate while Tiffany has made helping mum her career.

The long hours whelping pups, rearing, trialling and travelling to the races requires a bond within a family and the Ginn team typify what goes on nationwide.

Amanda Ginn has endured when others may have given up. Her passion knows no bounds and she’s the first to step up and help someone in need.

With a sense of normality returning to work practices, wagering turnover on greyhounds- while still very healthy – has had a correction.

Prizemoney increases have come and, being properly budgeted, there’s no reason for a retraction but the massive increase in costs (feed and fuel) is impacting.

The problem is real and each state will handle the matter in their own way yet the next financial upswing must consider all and not just the winners – participation will otherwise be at risk.

An interesting aspect of the preferential box draw process initiated by Greyhound Racing New Zealand for C1 events (over 295m at Christchurch) has been the resurgence of Goldstar Mauney.

Just over 12 months back, Goldstar Mauney was in top form, defeating Ozzie over 520m at Addington to make it 16 wins from 69 starts.

His form then waned and, on the cusp of retirement, he was nominated for a PBD sprint on May 23 and lined up box one as one of three designated ‘railers’.

With room to move, Goldstar Mauney showed his true ability, bounding away to a six lengths win in a fast 17.04 secs – the best time of the day and the third quickest at Addington for the month of May.

Goldstar Mauney was the most spectacular yet not the only dog on the day to break a drought utilising the ‘clear air’ provided by PBD racing.

Taieri Snapshot snapped an absence from the top of the dais, of 17 races scoring in 17.55 sess. A designated W (wide) runner, he was away cleanly from box 7 and weaved through the field to dominate the race from the turn.

Earlier in the month Dark N Dusty made himself the pin-up boy of PBD by improving each week to win at his fourth PBD start on May 16.

It was his first win since clocking a promising 17.17s in September last year and he, like Goldstar Mauney, has newfound confidence.

The concept has certainly caught on in the Shaly Isles with seven of the 12 races at Addington on Tuesday being PBD based.

Discussions around the uptake of PBD racing in Australia were had (a while back) but they’ve been sitting idle for a while now and need to be reinvigorated.

An interesting development in WA is with the Government mandate to be dropped regarding workplace vaccinations from June 10.

The requirement to be vaccinated against Covid-19 saw champion jockey William Pike take up riding on the east coast while multiple premiership winning greyhound trainer Dave Hobby was unable to participate since February 5.

Hobby downsized the numbers at his Nambeelup property at a time when juveniles were breaking in and others all-but ready to race.

Those saplings are now rising two years of age and, while time has been lost, some quality youngsters were retained for the dawn of this new era.

Under the Racing and Wagering Western Australia’s suspension, Hobby (by means of local rule 46) was unable to race, yet breeding and rearing a litter was also verboten. Thereafter, he was unable to intake any pups to the property.

His numbers reduced from 99 in work and, when able to return, only 26 will be at hand.

All 26 have not been off his property since February and a good deal of time will be needed to have them race ready.

Of the 26 juveniles a number are out proven producer Corona Monelli and former elite stayer and two-time track record holder Flake Monelli.