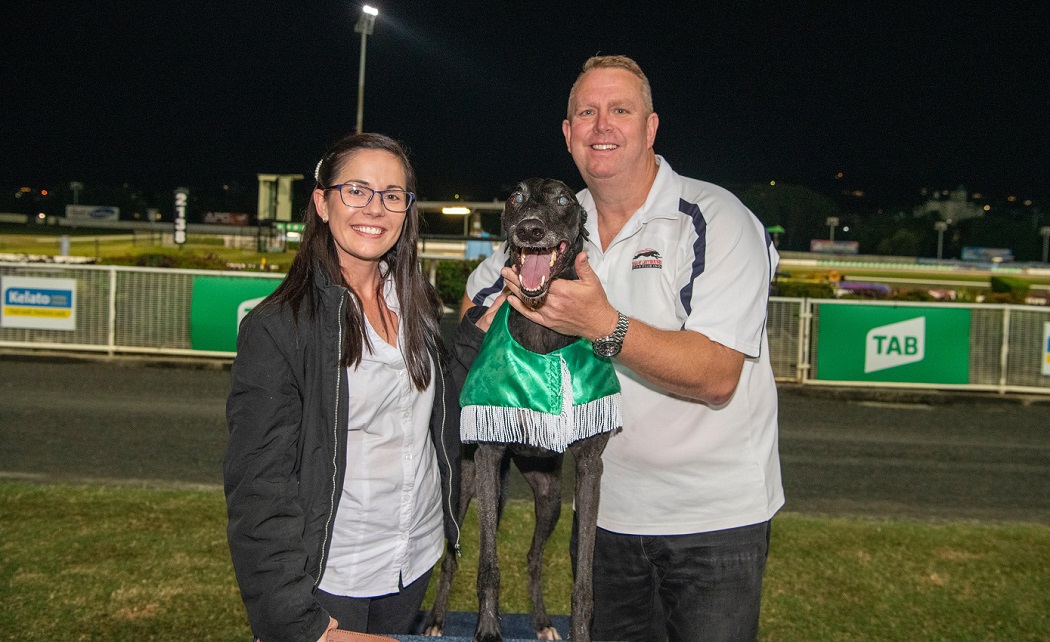 The Hall of Fame trainer in waiting already boasts four victories in the Group 1 showpiece and is quietly confident Equalizer can deliver a fifth title at Albion Park on Thursday night.

“His trial and two wins at Albion Park have shown he’s taken a real liking to the track,” Thompson said.

“He’s been a work in progress during his career and I always believed we’d start seeing the best of him when he’d had 40 odd starts and got a bit older.

“That’s where he’s at now and I’ve liked what I’ve seen the past fortnight. Hopefully that continues on Thursday night.”

Equalizer charged into Thursday’s $250,000-to-the-winner final with a come from behind heat victory in a slick 29.93 seconds.

It was win 19 of his 45 start career and if successful in the final he will emulate the deeds of his older half-sister Black Opium which landed the race in blistering fashion last year.

“It would be great to keep the race in the family,” Thompson said.

“But to win we’ve got to beat the best race dog in Australia in Shima Shine. He went super in his heat and if he leads I dare say the rest of us will be running for second.”

Tab.com.au has installed Shima Shine, winner of the Group 1 Gold Bullion at Albion Park in February, favourite at $1.90 from box seven.

On the second line of betting is Equalizer at $4.40 from box four.

“I don’t think box four is as bad as it looks,” Thompson said.

“The most important thing is that he finds the fence early and gets his chance to work into the race. He’s pretty smart in a field as he showed last week.”

“Having Tony to send them to has been a godsend,” Thompson said.

“I sent Black Opium to Tony the past two years for the cup and she ran second in the race before winning it last year.

“We barely speak when the dogs are with him because there’s just no need to. He knows what needs to be done and looks after the dogs unbelievably well.

“With a bit of luck hopefully we can have some more success on Thursday night.”

The past 12 months has seen the Thompson surname front and centre in Queensland racing circles with rising star of the jockey ranks Ben Thompson, son of Jason, taking all before him.

“He’s been taking up plenty of headlines,” Thompson said.

“Both (mum) Seona and I love watching him ride in Queensland and couldn’t be prouder with what he’s achieving.”