CHAMPION trainer Jason Thompson couldn’t have been happier with the draw for Saturday night’s G1 Australian Cup heats at The Meadows. 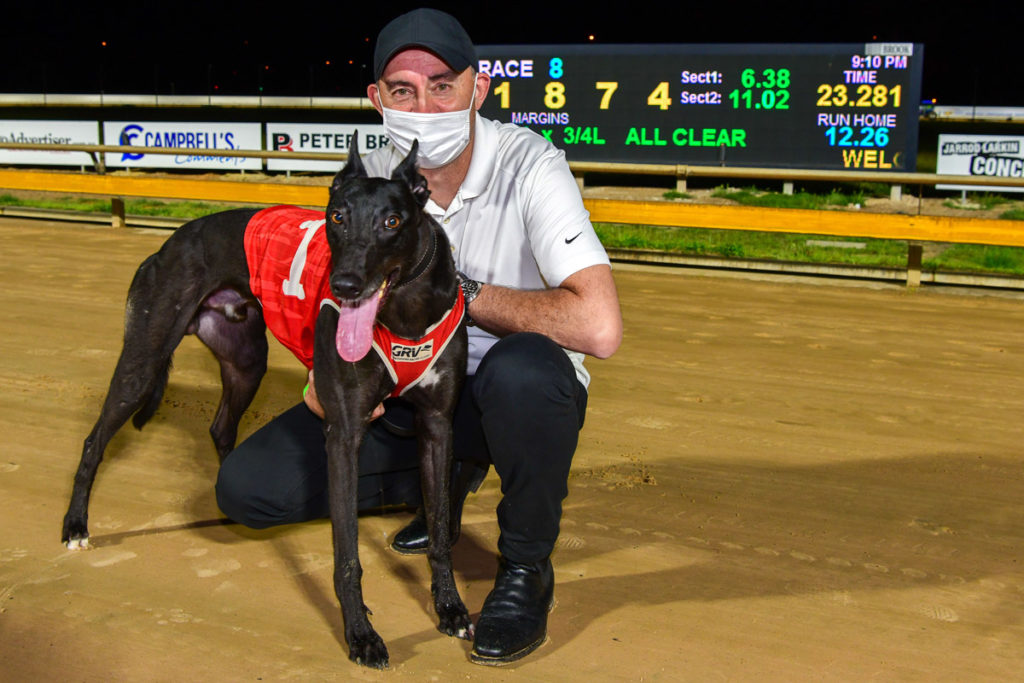 JASON Thompson couldn’t have been happier with the box draw for Saturday night’s Group 1 Australian Cup heats at The Meadows.

Three of Thompson’s five nominations have drawn box one and while a fourth has drawn box 6, Thompson was happy to be there too.

“When you enter five dogs you don’t expect all five to get a good draw,” he said.

“We got four with a good draw so no complaints from us.”

Here’s Thompson’s thoughts on each of his runners as he aims for his first Australian Cup victory.

Thompson: “She’s only had three runs back since the Melbourne Cup (seasonal). Don’t even worry about her run last time, just draw a line through it. Prior to that she was really good. She’s drawn perfectly and it’s up to her now”

Thompson: “She has been desperately looking for box 1 and finally she’s got it – she’s a completely different dog off an inside draw. She had no luck last start or the start before that but she’s in really good form and grows a leg off an inside draw. She ran 29.16 at Sandown off the red on Melbourne Cup night which was lengths faster than the Cup winner, and she’s trialled 29.79 (5.07, 17.60) at the Meadows. If she can run that on a trial day I’d hope she can run that or hopefully better.”

Thompson: “We wanted the red with him, I think he needed it to give himself a chance. He had box one when he broke the record at Bendigo – he loves box one. He had a hand slip at the Meadows last Monday and went really good so he’s going into the race a lot better than when he went into the Melbourne Cup (where he dead heated in a Cup heat). I couldn’t be happier with where he’s drawn and he’s well and truly ready for 500m.”

Thompson: “He needs the middle. When he comes out of the boxes the line he runs is smack bang in the middle so he needed to draw 4, 5 or 6. I think he’s going to get that little bit of room he needs. He’s in really good form, I thought his run in the Derby at Ballarat was super and prior to that he’d won five in a row. If he can come out as he did in the Derby I think he has definitely got a chance. He’s a progressive dog on the rise. He ran 29.94 there a month ago and I think he’s definitely come on since that run.”

Thompson: “She’ll find it tough. She needed to draw box one or two so it’s going to be very hard from box 7, she’ll need a lot of luck.”

While Thompson is pessimistic about Colinda Patty’s chances in the final heat of the night, he was quite bullish about Queenslander Orchestrate in the same race. Trained by Tony Brett, Orchestrate is in Thompson’s care for his Victorian campaign.

“I really like him in that race,” Thompson continued.

“I think they’ll really know he’s in that race. He had the benefit of a trial there last week and he’s very much like Decimate – he needs to be drawn in the middle and needs a bit of room and he should get that room. He’s a class dog Orchestrate, I really, really him.

“I think he’ll be extremely hard to beat.”