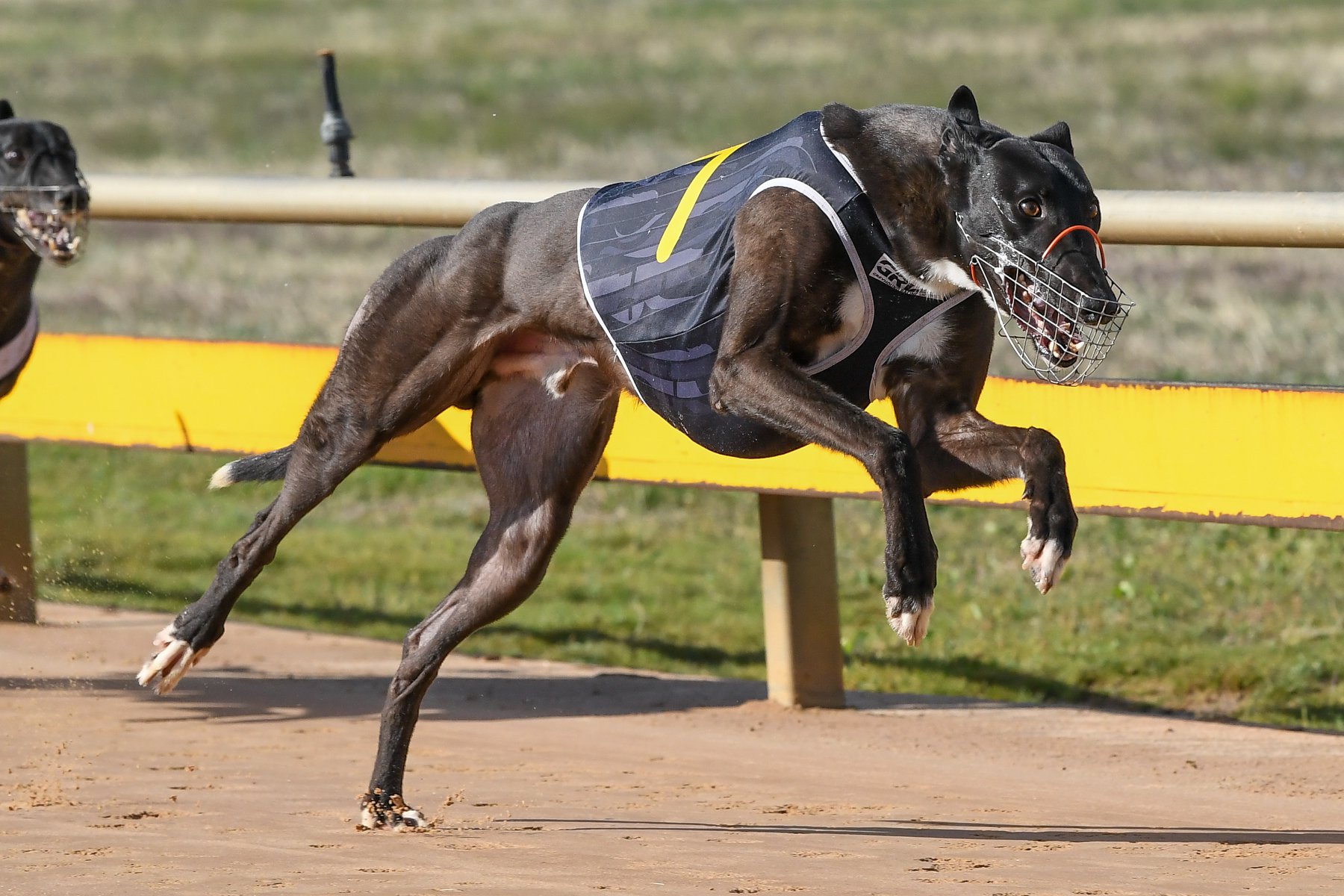 When ‘Tonk’ lines up in the TAB Topgun at The Meadows on Saturday night – his second tilt at the group 1 invitational – he will wear the green vest for the sixth time at group level.

It continues a pattern of poor box draws in feature finals for the rising four-year-old who has drawn the inside two boxes just twice in 23 group finals, leaving Grenfell to reflect on what could have been.

“I think he’d have won over a million dollars if box draws had went his way,” said Grenfell.

“Early days I compared him to (Grenfell’s dual group 1 winner) Orson Allen, but the difference between him and Tonk is that Orson Allen was a lid pinger whereas Tonk is not, so box draws matter more to him.”

Despite his poor run of boxes, Tiggerlong Tonk has amassed a mighty record at the sport’s elite level.

Making his debut in August 2019, Tiggerlong Tonk made his first group race final in the Hobart Thousand that December and has been racing against the country’s best sprinters since, winning six group races and placed in 11 others, amassing over $723,000 in prize money.

Remarkably, the bulk of that success has come since turning three last February.

Running sixth to Tommy Shelby in the Australian Cup days after his third birthday, he’s been placed in 22 of 23 starts since – all in top grade – including group 1 victories in the Perth Cup and Harrison-Dawson.

His only blemish came in a heat of the recent Cranbourne Cup, ironically from box 1.

“We thought about retiring him a while ago but he’s still racing so well and he’s so keen to race, so why would we?

“He’s been injury free throughout his whole career and he doesn’t know how old he is.

“The last four months I’ve backed him off to keep him going and hasn’t lost a yard – with a clear run he can still run 29.10 at Sandown.”

WHY TIGGERLONG TONK IS SET FOR A BIG FUTURE AT STUD

Tiggerlong Tonk enters the TAB Topgun on the back of a thrilling match race on Cranbourne Cup night which saw him nabbed on the line by Invictus Rising, a performance that pleasantly surprised Grenfell.

“I went into the match race thinking we can’t win,” Grenfell said.

“Invictus Rising is going really well and we needed the run, I was surprised he hung on for that long.

“But I’ve said it all along – he doesn’t like to get beaten. There’s been plenty of races where he’s looked gone turning for home but he’s found another kick.

“That’s his best trait and why he’ll be a top sire.”

Tiggerlong Tonk will need to show all of that will to win in the Topgun where he’ll need to overcome not only another awkward box draw, but greyhounds the caliber of Sandown track record holder Aston Rupee and group 1 winners Do It, Bandit Ned and Wow.

Regardless of the result, a stud career beckons for the son of Dyna Double One.

Limited straws are already available to bitches on season, however before he moves to the next stage of his career, a defence of the four dog Shootout at Sandown followed by the Melbourne Cup is firmly on the agenda, with The Phoenix or a third tilt at the Hobart Thousand also a possibility.

Until then, Grenfell has some work to do off the track with plans to build ‘Tonk’ his own shed in the family’s backyard.

“He’s great with the kids and is part of the family. The bond we have is special, he’s going to be spoilt.”