SUPERSTAR Tiggerlong Tonk has started his stud career ... well, almost the dual Group 1 winner still with some unfinished business on the track. 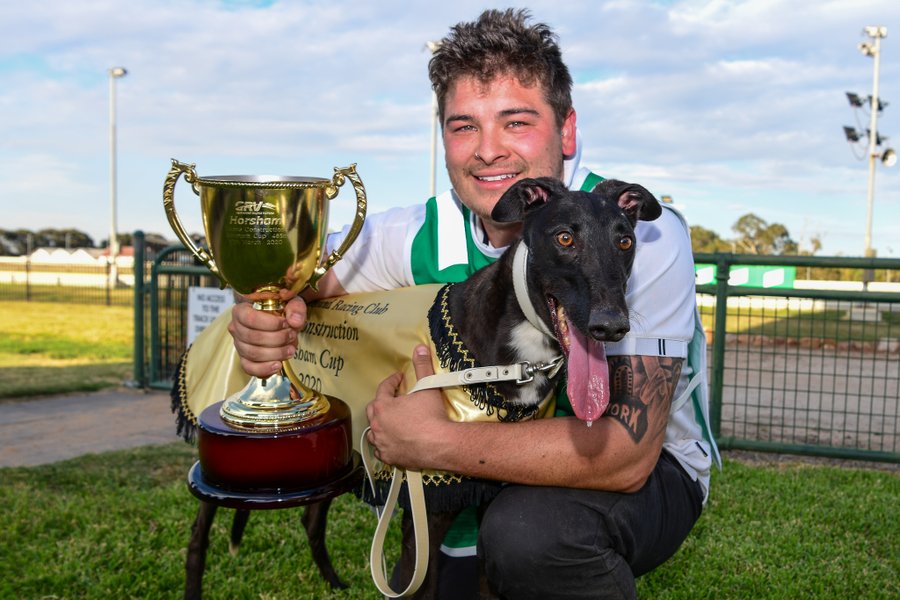 The dog’s trainer and studmaster, Correy Grenfell, reported on Wednesday that semen for Tiggerlong Tonk had been collected and is now available for purchase at $2200.

“But, we are restricting him to bitches on season,” Grenfell said.

“We are collecting him in between racing him and at the moment we have a dozen straws available, which is why we want to use them on bitches on season.”

Tiggerlong Tonk (Dyna Double One-Tiggerlong Dot) has raced a remarkable 89 times for 42 wins and 31 placings with earning of $721,000.

He is the winner of the Group 1 Perth Cup and Group 1 Harrison-Dawson but has been a prolific Group placegetter (five times at Group 1 level) and finalist.

“No, we didn’t expect him to race on as long as this, but in the past few months since we started looking at a stud career, he has earned $43,000 on the track,” he said.

“Obviously he is a week to week racing proposition, but he is still racing as good as he was when he was two.”

Tiggerlong Tonk is a last start second to Ferdinand Boy in the Group 2 Healesville Cup and two starts before that he was second to Aston Rupee in the Group 3 Speed Star at The Meadows.

He has been in 20 Group race finals.

Grenfell said he too was looking to buy prospective broodbitches to mate to Tiggerlong Tonk himself.

“We know what a fantastic nature the dogs has, what a will to win and iron constitution,” he said. “We are keen to tap into that with some of his offspring.”