RAY Henness admits he was in a rush when Speedy Evie came on season but his decision to use Tommy Shelby for her first mating has been a bonus. 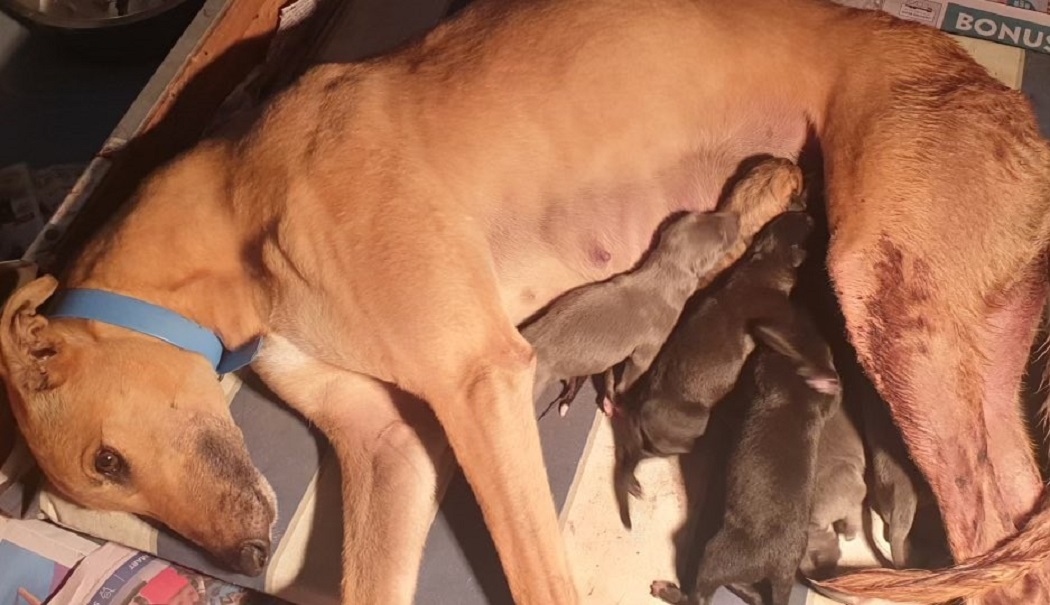 VICTORIAN breeder and trainer Ray Henness admits he was in a bit of a rush when Speedy Evie finally came on season after an 18 month wait, but his decision to use superstar Tommy Shelby for her first mating has been a bonus.

“I’ve already been asked how many will be for sale,” Ray said.

“Yes, there may be some for sale, but I want them to be reared here and I want to train them.”

That’s how much Ray Henness thinks of his bitch and the mating with the “People’s dog”.

“She only raced 10 times for four wins but broke a hock,” said Ray of Speedie Evie. “She was going to be anything as a stayer.

“We tried to bring her back after the hock injury had repaired but she only had a few starts and we called it quits,” he added.

“She was the perfect race dog and has such a relaxed nature.

“She is so good, I checked on her last night to see how close she was to whelping and she was quite content. But, when I got up this morning, there she was with the seven pups all tucked up beside her.”

Speedie Evie is from the famed Zarbo/Spanish Dance family.

“There is a lot of US influence in this litter,” said Ray. “Speedie Evie is in-bred 2×2 to the US bitch Chasin The Dream and a not very well known US stud dog called Yo My Mediator.

“And Tommy is by Fernando Bale whose sire is US dog Kelsos Fusileer.”