Will box one give Black Opium a winning advantage or bring her undone in Saturday night’s Group 1 TAB Topgun (525m) at The Meadows? 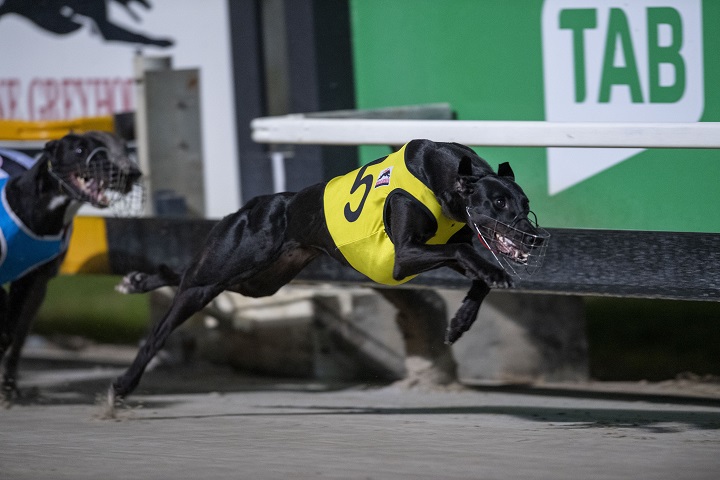 Will box one give Victorian superstar Black Opium a winning advantage or bring her undone in Saturday night’s Group 1 TAB Topgun (525m) at The Meadows?

That’s the $150,000 question ahead of the star-studded invitational showdown and Black Opium’s champion trainer Jason Thompson says we won’t have to wait long to find out.

“I’ll tell you at the winning post the first time,” said Thompson, who’s striving for his fourth Topgun triumph after previous victories with No Intent (2001), Whisky Assassin (2004) and last year with Poke The Bear.

“Anyone who knows anything about greyhound racing will tell you that if she misses the start she’s not ideally suited anywhere near the fence so the start will tell.

“But she has won out of box one at The Meadows in an Australian Cup heat (29.91s), which is something.”

Black Opium burst onto the scene just on 12 months ago, spectacularly winning her first seven starts before she tasted defeat for the first time when runner-up to My Redeemer in the Group 1 Melbourne Cup.

The superbly-bred daughter of Thompson’s 2013 Melbourne Cup hero Black Magic Opal and Captivating hasn’t yet been able to break a Group 1 hoodoo despite five appearances, also having to settle for second prize in the Australian and Brisbane Cups.

Her other Group 1 appearances have come in the Golden Easter Egg, where she finished last from box one, and National Sprint Championship.

Thompson is hoping Black Opium, which has won just two of her seven starts in the red vest, can emulate her former kennelmate Poke The Bear, which opened his Group 1 account with a breathtaking display in last year’s Topgun.

“She might deserve to win a Group 1 but you’ve still got to earn it,” Thompson said.

“Poke The Bear hadn’t won a Group 1 prior to the Topgun and it would be nice if Black Opium could do the same thing this year.”

The only female in the hand-picked Topgun line-up, Black Opium hasn’t been seen in action since finishing at the tail of the field when well-fancied in the Million Dollar Chase Final at Wentworth Park on October 18.

“She got smashed up at the first turn in the final in Sydney and had a few cuts and abrasions so we were pretty easy on her for ten days,” Thompson explained.

“Her previous run at Wentworth Park (29.46s) was pretty good.

“Since Sydney, she’s had a couple of trials and went nice so she’s ready.”

Black Opium shares the second line of betting in TAB’s market with brilliant Victorian youngster Shima Shine (box 7) at $4.40, with Sennachie (box 3), winner of the Group 1 Maturity at The Meadows in July, the $3.80 favourite.

“I just think whoever leads will be winning it,” said Thompson.

“There’s not a weak link in the field and with the quality of dog in the race I think that whoever does lead them on the first turn will probably win the race.

“Black Opium is a chance but the seven other dogs are all legitimate chances and to win it, with the quality of the field, she would have to lead.”