Topgun The Jewel In Rupee’s Crown

The fastest greyhound in Australia became the best at The Meadows on Saturday when Aston Rupee was a brilliant winner of the Group 1 Topgun. 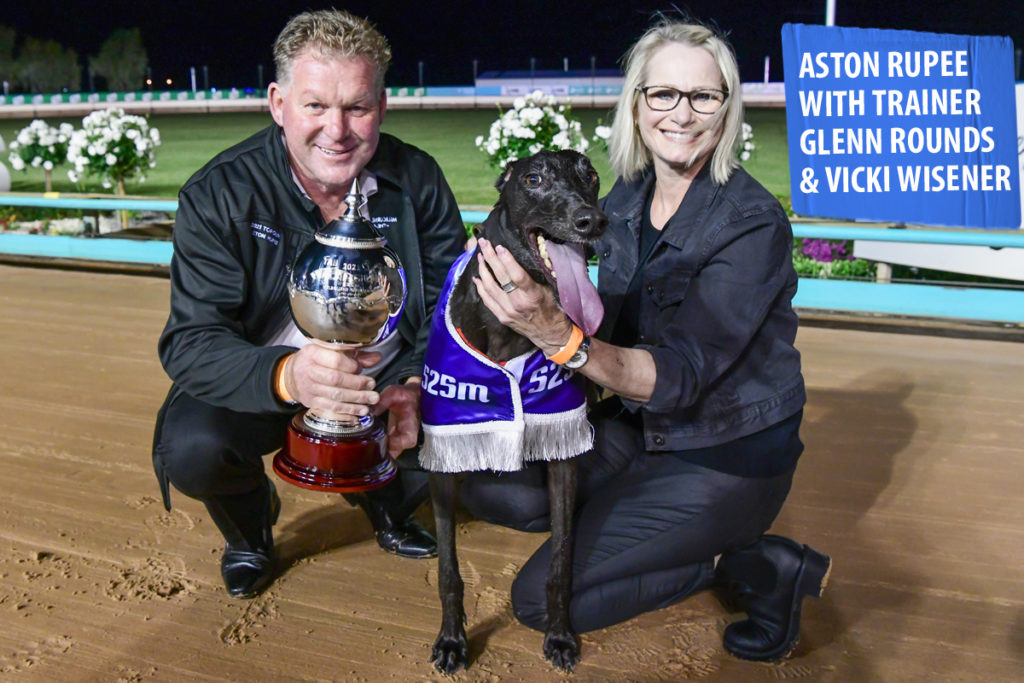 The fastest greyhound in Australia became the best at The Meadows on Saturday night when Victorian superstar Aston Rupee was a brilliant winner of the Group 1 TAB Topgun (525m).

Trained by Glenn Rounds at Devon Meadows, Aston Rupee started $2.20 favourite from Box 2 in the invitational sprint and railed underneath leader Tiggerlong Tonk ($15.40) in the home straight to claim his first G1 victory.

“I saw the six (Tiggerlong Tonk) was in front and I was thinking balance up and do your stuff. He was fantastic,” Rounds told Jason Adams on Sky Racing post-race.

Aston Rupee, a son of KC And All and 2017 Melbourne Cup finalist Aston Miley, bred and raced by prolific South Australian owner/breeder Ray Borda, had earned the tag as the quickest greyhound on the planet with a series of breathtaking displays.

After winning G3 Speed Star match race series at both Sandown Park (515m) and The Meadows, Aston Rupee sensationally smashed Sandown’s record when clocking 28.79sec on September 9 and then posted the second fastest time at the track when running 28.89sec in his final hit-out before the Topgun.

The $150,000 to-the-winner Topgun was Aston Rupee’s second appearance in a G1 event, after he ran fourth in the Adelaide Cup two starts earlier, when Box 8, a poor start and travelling concerns contributed to his downfall.

After the race morning scratching of likely leader Mr. Fix It, Aston Rupee was one of three runners at single figures in the hand-picked Topgun field, along with star NSW duo Bandit Ned ($6.20) and Wow ($6.30).

Aston Rupee came out running, before being outpaced by Correy Grenfell’s indefatigable Tiggerlong Tonk ($15.40), which was lining up in his second Topgun at his 93rd start.

Entering the final stretch, Aston Rupee drove along the inside to hit the lead as he defeated Tiggerlong Tonk by 1.4 lengths in 29.66sec to claim his 17th win from 30 starts, with Jeff Britton’s Adelaide Cup winner Do It ($10.60) finishing third. 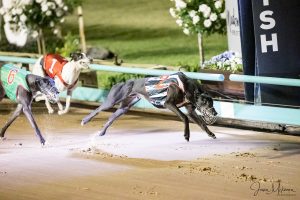 “He made the right decision and got up underneath him (Tiggerlong Tonk) and then he just went to the line,” Rounds said.

“It is good to have this (Group 1) with the next couple of months of racing ahead of us, with a Melbourne Cup and a Phoenix, so to have this on his resume already is nice.”

The winner’s purse took Aston Rupee’s career prizemoney to $345,750, with the promise of much more to follow in the closing weeks of 2021 in the Melbourne Cup and inaugural Phoenix, worth $500,000 and $750,000 to-the-winner respectively.

The Topgun was billed as a State Of Origin battle, with four Victorians clashing with four NSW raiders and the bragging rights were very much with the locals as the home state contingent finished first to fourth.