Tuesday night’s Townsville meeting was thrown into chaos when a rake was left in front of box one for the start of race eight - an open grade 380m. 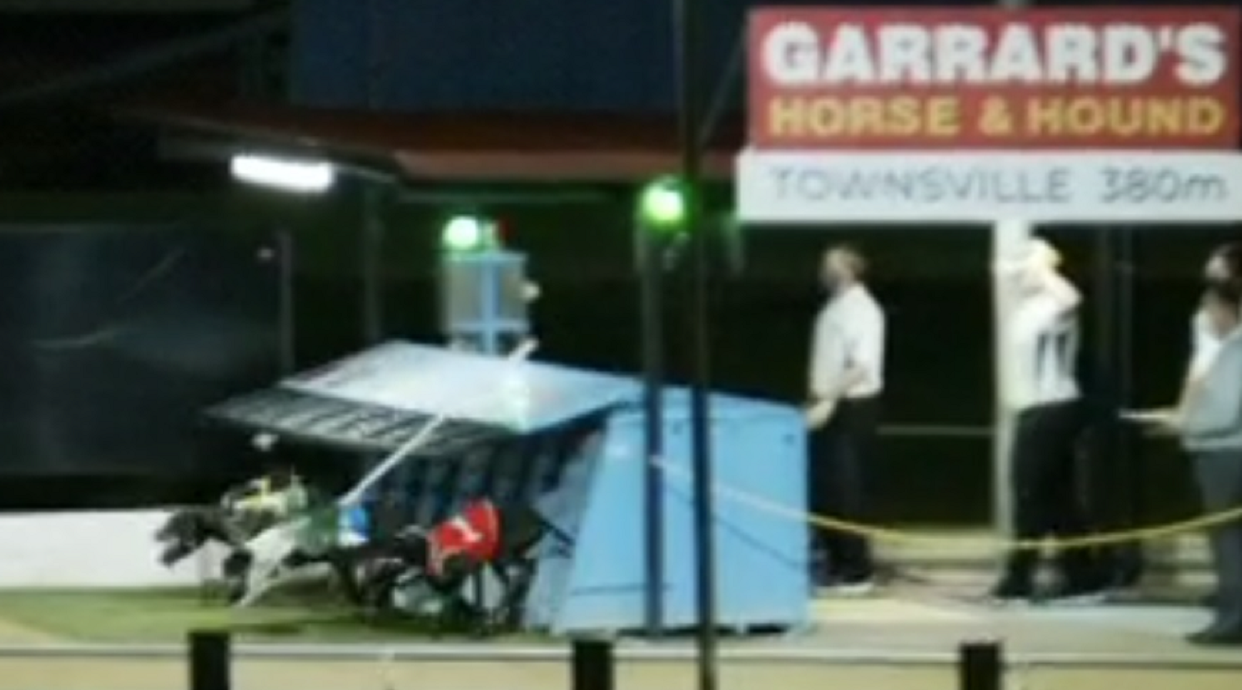 IT’s been labelled ‘Rake 8’ at Townsville.

Tuesday night’s Townsville meeting was thrown into chaos when a rake was left in front of box one for the start of race eight – an open grade 380 metre event.

And while those scenes were strange enough, the decision by stewards to declare ‘all-clear’ post race has received widespread criticism from participants and punters.

Leading that charge is local trainer Rhonda Essery who was most affected by the blunder.

Essery was represented by Sensational and Samshu in the event from boxes one and two respectively.

“I’m only little and you don’t think to look over the boxes to see if there’s a rake there – I first noticed it just before the boxes opened,” Essery said.

“I can only imagine the fright the dogs would have got – especially Sensational who it was in front of.

“Straight after the race I told the stewards not to give all clear but they did and it was all over red rover.

“They argued the rake never hit Sensational but it did. And even if it didn’t, seeing a rake in front of you when the boxes open surely denies you a fair chance.”

Sensational started the $2.90 second favourite from box one – he finished last.

“And the stewards questioned me about the dog’s performance as well,” Essery said.

“They said he didn’t put in and I told them he got hit by a garden rake coming out of the boxes!

“The owner isn’t happy at all and is looking to take it further. My phone hasn’t stopped all morning with people stunned they called it a race.”

The winner of the event was race favourite John Strachin for Andrew Wooler in 21.56.

He scored by 5 ¾ lengths from Flying Tornado with Samshu finishing third another 1 ¾ lengths away.

“Samshu is lucky she’s so tiny and missed getting hit,” Essery said.

“The QRIC Chief Steward has received details of an incident that occurred on Tuesday, 30 March at the Townsville Greyhound Race Club,” Kitching said.

“A plastic rake was left in front of the boxes in race eight. Fortunately, no greyhounds sustained any injuries in the incident under investigation.

“A full investigation and review of the incident is currently ongoing.

“The Commission has contacted Racing Queensland and they have agreed that prize money will be withheld until the outcome of the investigation.

“The Commission will advise further on the outcome of the investigation into this race incident.”

Greyhounds Australasia Rule 56 deals with matters in respect to “No Race, false start and non-starter.”

(1) Should there be an occurrence of any human intervention, mechanical or other defect, which has the effect of preventing an Event from being completed or there are other circumstances arising which warrant such action being taken, the Stewards may declare the Event to be a “False Start” or a “No Race”. 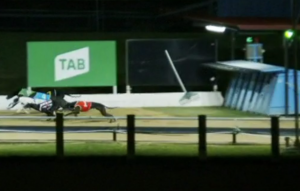 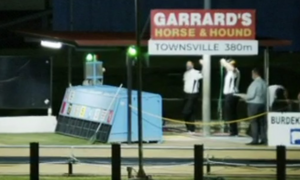