TUNGSTEN Miss has exceeded Jedda Cutlack's expectations and on Thursday gets her chance to do so even further in the G2 Queensland Futurity Final. 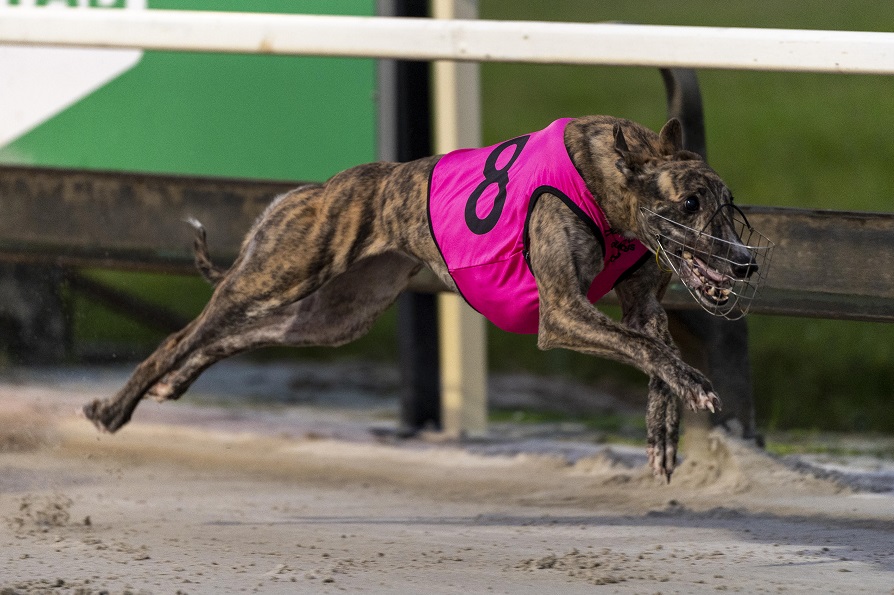 UNBEATEN youngster Tungsten Miss has exceeded trainer Jedda Cutlack’s expectations but on Thursday night gets her chance to do so even further when she lines up as one of the favourites in the Group 2 Queensland Futurity Final (520m) at Albion Park.

Jedda has only Tungsten Miss (Fernando Bale-Miss Lauren) in the Futurity but along with boss Tom Tzouvelis has three finalists in the Group 2 Queensland Derby Final, Strategise, Showdown and Sleuth.

Tungsten Miss has started four times for as many wins and ran 29.97 off the rails when winning her Futurity heat last week.

“We can only hope she keeps improving,” said Jedda.

“She cracked a hock when she was 18 months old just as she was about to start racing and we needed to give her a good bit of time off.

“When she came back into work she came to hand very quickly. She won the Dave Brett Memorial Maiden and probably went into that on a rushed preparation.

“It is hard to say she can keep improving but we’d like to hope she can.”

Tungsten Miss is from the third litter of pups from Miss Lauryn, a daughter of Queen Lauryn, bought by Tom Tzouvelis and his mate Ian Nash after she finished racing.

Miss Lauryn produced four pups by Fernando Bale and Tungsten Miss was kept to be able to continue the damline.

Of her rivals in the Futurity, Jedda believes Impulse Buy and Don’t Tell Lies are the hardest to beat in a very even race.

“Impulse Buy was having her first look at Albion Park so she is certain to improve for the final,” said Jedda.

“Don’t Tell Lies would be much better suited off an inside draw but still has a great chance in a race that is full of chances.”

Jedda has three in the final of the Derby but is happy to admit she could be racing for second at best.

“Unsee This is staying at our place at Park Ridge being looked after by Jay Jacobsen for his trainer Shayne Williams,” said Jedda.

“They have been with us for almost a month now and the improvement in that dog has been immense.

“He will be very, very hard to beat in the final especially off box two.”

Unsee This (My Redeemer-Tina’s Magic) is a star West Aussie who was second in the recent Group 3 Young Star Classic but his 29.77 Derby heat win could not have been more impressive.

“I will be very surprised if he is beaten in the final,” admitted Jedda.