DOUG and Heather Gladman admit there is two things in racing ... money and enjoyment both of which Tyanna Belle is currently providing. 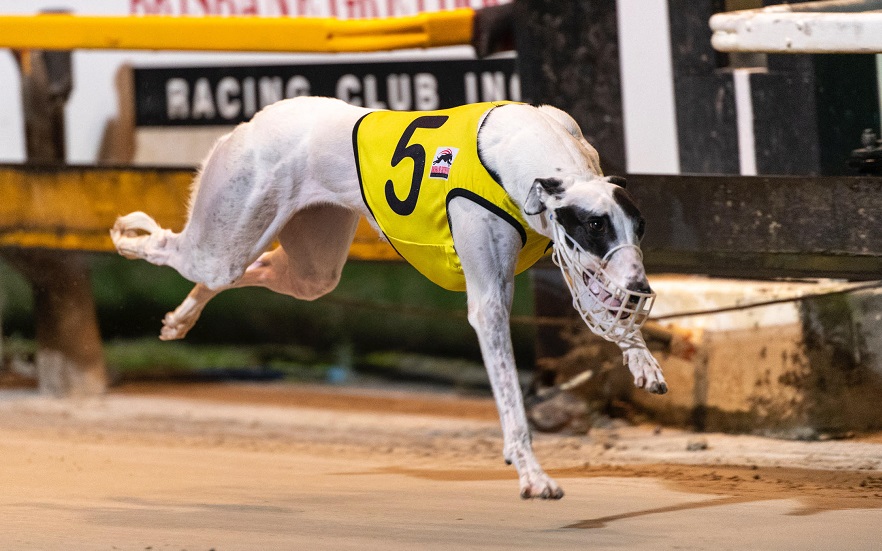 DOUG and Heather Gladman admit there is two things in racing … money and enjoyment.

“We race for the enjoyment of it, and if the money comes with it, then that’s good too,” Doug said.

On Thursday night at Albion Park, husband and wife team Doug and Heather certainly got their fill of enjoyment when Tyanna Belle (Cosmic Rumble-Shabeky) led throughout to win the 395m Thunder and smashed the track record running 22.16, eclipsing the previous record of 22.23.

She gave nothing else a chance leading throughout to beast Strike Her Pose and What A Debacle.

“Nobody took any notice of her,” said Heather. “All the big sprint names were there but they forgot about her despite her recent form.”

Doug pointed to her Best 8 third at Albion Park on June 6 when beaten two lengths.

“They flattened her early, she went back to last, flash home for third and a stride past the post she was second,” Doug said.

“It was an enormous run and the best she has ever put in.”

Doug gave Tyanna Belle a huge chance of winning the Thunder despite her box five.

“In her past six runs before the Thunder she has run home in the best final section breaking 12 each time,” he said. “She only needed to jump last night to be right in it.

“Sometimes she hesitates at the jump.”

Doug and Heather bought the bitch and her litter sister from Fay Ridis in Victoria which had bred the litter and sold them “dirt cheap” to the Gladmans.

“We got them educated in Victoria and the report was this bitch would win plenty of races and she was a fantastic chaser,” said Doug.

“We probably should send her to Victoria where she would be ideally suited to those 450 metre country Cups,” he said.

“But, we are in this for the enjoyment and that does not mean give our dogs to someone else to train.”

Immediate plans are to take Tyanna Belle to Grafton next week for the heats of the Sprinters Cup despite not having seen the new track.

“She will go in without a trial and I’m told the 450 start at Grafton is a pretty tough run,” said Doug. “But she deserves her chance.”

While Doug and Heather are over the moon with the enjoyment of the Thunder win by Tyanna Belle, the $10,000 winner’s cheque is the cream on top.