THE unbeaten start to the careers of star brothers Zipping Conway and Zipping Kansas will come to a halt for one of the siblings pair next Tuesday. 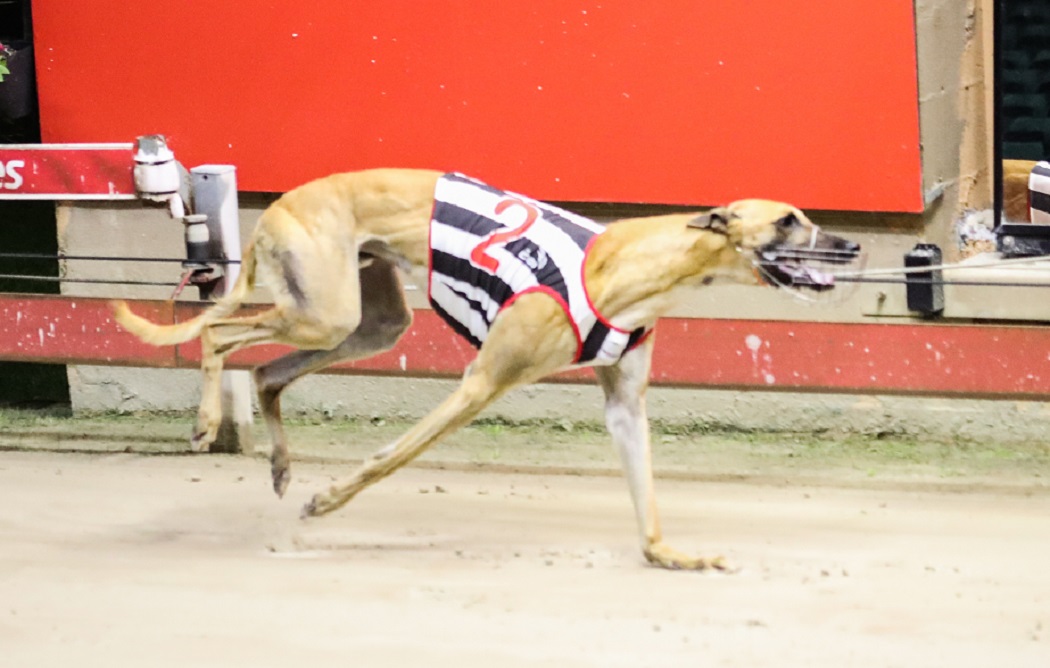 THE unbeaten start to the careers of boom brothers Zipping Conway and Zipping Kansas will come to a halt for one of the pair next Tuesday when they slug it out in the Jimmy Jenkins Memorial Final (472m) at Bulli.

Considered two of the brightest young prospects in years, the sons of Superior Panama and Zipping Katelyn have created a huge impression for trainer Ray Magri, combining for seven electrifying wins to launch their careers.

“It’s not ideal that they’re racing each other in the final but it’s a race we were really keen to win and two chances is better than one,” Magri offered.

“Jimmy (Jenkins) was a great man and to win the race named in his honour would mean a lot.

“But they’ve still got to go out and do it … they’re only young and still learning – they need to keeping moving forward.”

On Tuesday night the prodigiously talented duo each won through to next week’s $10,000-to-the-winner finale with scintillating heat displays, albeit in vastly different style.

Zipping Kansas made it four wins from as many appearances to score from back in the field in 26.15 while Zipping Conway made it three from three with a blistering all-the-way 25.99 performance.

“Zipping Conway is the more relaxed race dog – there’s no nonsense about him at all,” Magri said.

“Zipping Kansas can get very stirred up and ahead of himself. He did at Wentworth Park and he was like that again last night at Bulli.

“That’s why he’s missing the start … he needs to learn to settle a lot better.”

Zipping Kansas capped off his Bulli preparations with a fast 22.15 400 metre trial at the circuit last Friday following on from his sizzling 29.69 debut victory at headquarters.

“His first trial out of the boxes at Wenty he went 29.46 with a 5.43 first section so the dog does have early pace,” Magri added.

“With him it’s more about racing and learning to settle. But at the moment Zipping Conway will make a better race dog just because he’s far more relaxed at the races.”

While the star siblings have a decided time advantage heading into the final, Magri is remaining cautiously optimistic given their relative inexperience to some of their rivals.

“There’s a bit of speed in the final so they’ll need to do things right,” Magri said.

“It’s hard to split the pair so box draws will play a part. After this I’ll start getting them ready for the Vic Peters at Wenty in July. It’s not that far away really.”

Next Tuesday’s Jimmy Jenkins Memorial pays tribute to a great man of the greyhound industry.

Jimmy worked at the century old steel building behemoth Lysaght at Port Kembla – now a division of BlueScope Steel – yet greyhound racing was always part of his working life, it was in his DNA.

More than 40 years back, he was regularly ear-branding up to 10 litters per week in the Illawarra and Southern Highlands at a time when greyhound racing in NSW had a foothold from Albury to Tweed Heads and from Griffith, out to Broken Hill and north east to Moree.

Aside from his work with breeders, Jimmy also acted as the race day ‘çlub’ steward at Moss Vale and Nowra (pre-TAB coverage) and forged lifelong friendships with breeders and trainers alike.

Always based in Wollongong’s northern suburbs, the former Socceroo worked at Bulli until 12 months prior to his passing as kennel supervisor – it was his abiding passion.

His kind nature shone through. He loved his ‘greyhound family’ and they loved him.

* Peter Davis contributed to this article