CLINT Kratzmann is more than a bit annoyed despite having Land Down Under chasing Group 1 glory in the Brisbane Cup next Thursday night. 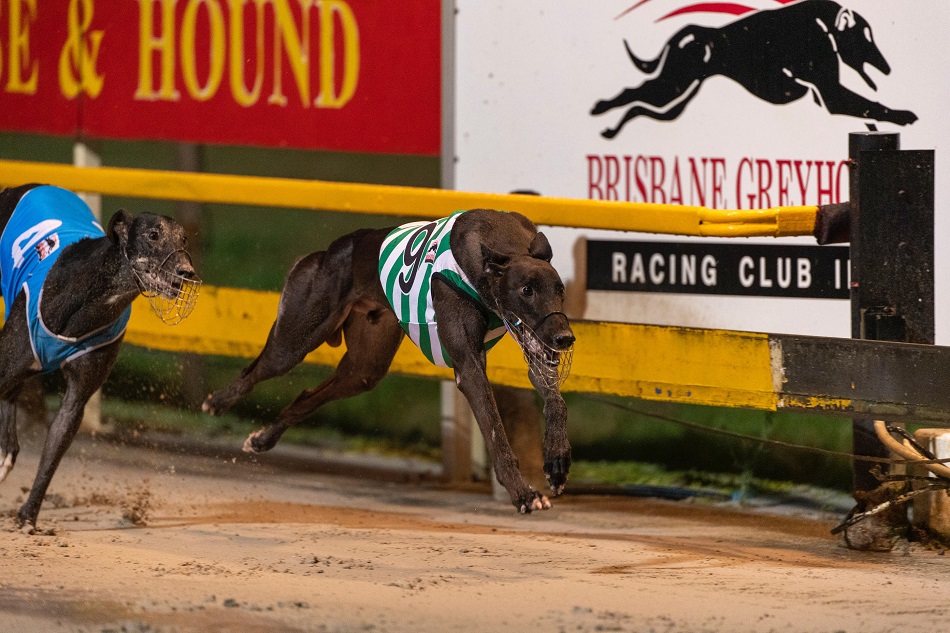 CLINT Kratzmann is more than a bit annoyed despite having Land Down Under chasing Group 1 glory in the $375,000 Brisbane Cup Final (520m) at Albion Park next Thursday night.

“He’s run the third fastest of the heats, behind Equalizer and champion Shima Shine, he’s got box one, and will have to be improved after the heat win being his first 520m since November,” Kratzmann said.

“But despite all that, they still don’t want to rate him.”

Land Down Under (Fabregas-Iona Champion) ran 30.08 to win his heat of the Brisbane Cup at Albion Park on Thursday night for trainer Serena Lawrance.

Despite Clint’s confidence the dog will race well in the final, he admits a start in the heats was an afterthought.

“We had no intention of putting him in the race, but when they called for more noms and then he slipped post to post at Ipswich so fast on Monday morning, it was decided to give him his chance,” he added.

But, Land Down Under, a half-brother to Clint’s multiple Group star and Queensland GOTY Oh Mickey, was first reserve for all five heats.

He gained a start only when Jungle Deuce was scratched because of problems in getting to Queensland due to Covid.

“He slipped 24.71 at Ipswich on Monday and that was phenomenal,” Kratzmann said.

“The dog has always been a work in progress because he has been so awkward. I won four in a row with him this time last year but then decided to give him to Serena to train. His two wins over 395 metres leading into the Cup heats were fantastic.

“He must be improved by that run because it was his first 500 metre since November last year.”

TOM Tzouvelis was the least surprised when $41 chance Cooper Dooper landed his heat of the Brisbane Cup in 30.24.

“He finally drew a box,” said Tom of Cooper Dooper’s victory off the rails.

Cooper Dooper tore a stopper tendon in the Lismore Cup last year and it took some time for him to regain his confidence in a field.

“He was trialling great but not putting it together in races,” Tom said.

“But we kept him going and eventually he came right. He really hit form again a couple of months ago.”

“Mark runs Southern Cross Bet and he also fields on the horses and dog at the Darwin Cup carnival and that’s how I got to know him,” Tom added.

Tom laments the reversal in box draws took only a week.

“He had the rails in the heat and now he’s come up with the eight in the final,” he said.

“He will stay straight early and that’s why I believe Shima Shine will win the final next week.