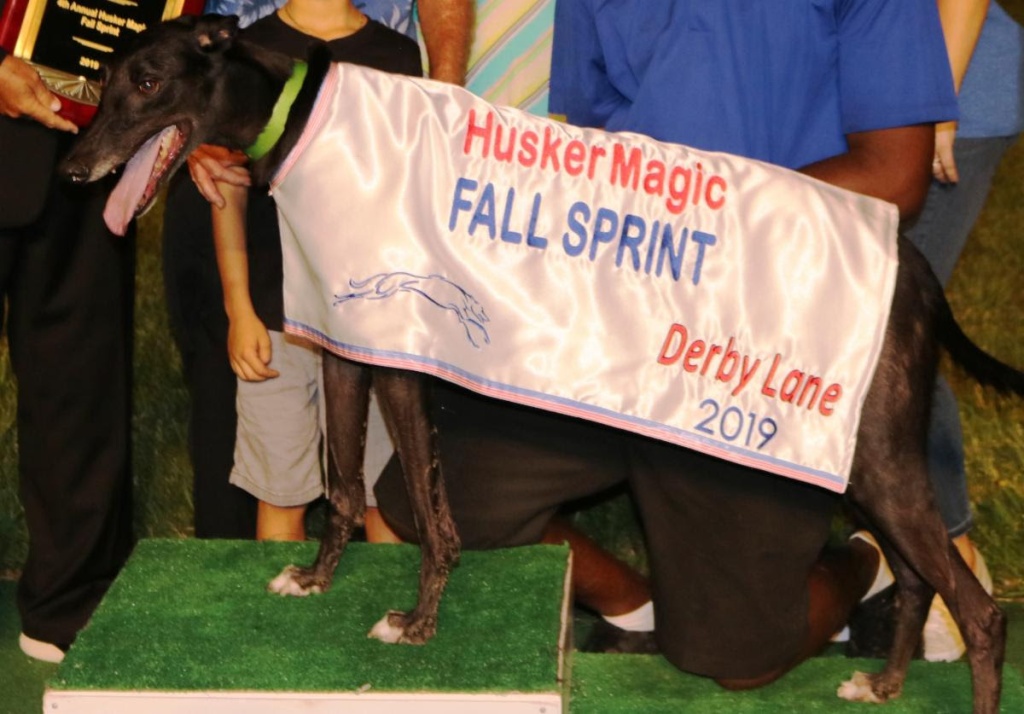 The son of LK’s Now R Never and LK’s All In was a member of the 2019 All America team but the brilliant speedster retired with the remarkable race career of 153 starts for 93 wins and 23 seconds.

All his race starts were at Derby Lane and he was in Grade A by his sixth start and a stakes winner at his ninth outing. He retired in December 2020.

Newhaven studmaster Nick De La Roche said 30 vials of semen for the dog is already available in Australia at a fee of $2200 and a second shipment is due in December.

“We have already had a huge response to the dog via Facebook posts,” Nick said.

“That is where we have uploaded a number of his races. To see the early pace the dog has is incredible.”

“He won the second of those Classics by seven lengths,” Nick added.

He also won the Derby Lane Inaugural, Fall Sprint, Howl-o-ween Sprint, was second in the Derby Lane Gold Juvenile and Weaver Memorial and third in the Thanksgiving Stakes.

“While speed, early pace, was his dominant attribute, for him to compete week in, week out against the best and win 93 times, it proves his toughness as well,” Nick said.

De La Roche has struck up a friendship with the dog’s breeders/owners Jill and John Lashmet.

“I originally got to know them via importing vials for LK’s Vesper who is the sire of an outstanding US dog called LK’s Santorini who is also a multiple feature race winner at Derby Lane,” Nick added.

“I’m very excited to get semen for LK’s Crush N It.

“His early speed is a very big tick for Aussie breeders and the fact he is from the Flying Penske sireline means our breeders can tap into that as well.”

The sire of LK’s Crush NM It is LK’s Now R Never who was a Derby Lane Sprint Classic finalist and Jacksonville Juvenile finalist. He is also the sire, from limited matings, of LK’s Hi Pockets, the winner of the Derby Lane Distance Classic.

LK’s All In, dam of LK’s Crush N It, was a finalist in the Orange Park Silver Cup.