WA star We The People is likely to stay in Queensland for the upcoming feature distance races after Thursday night's final of the Golden Sands at Albion Park. 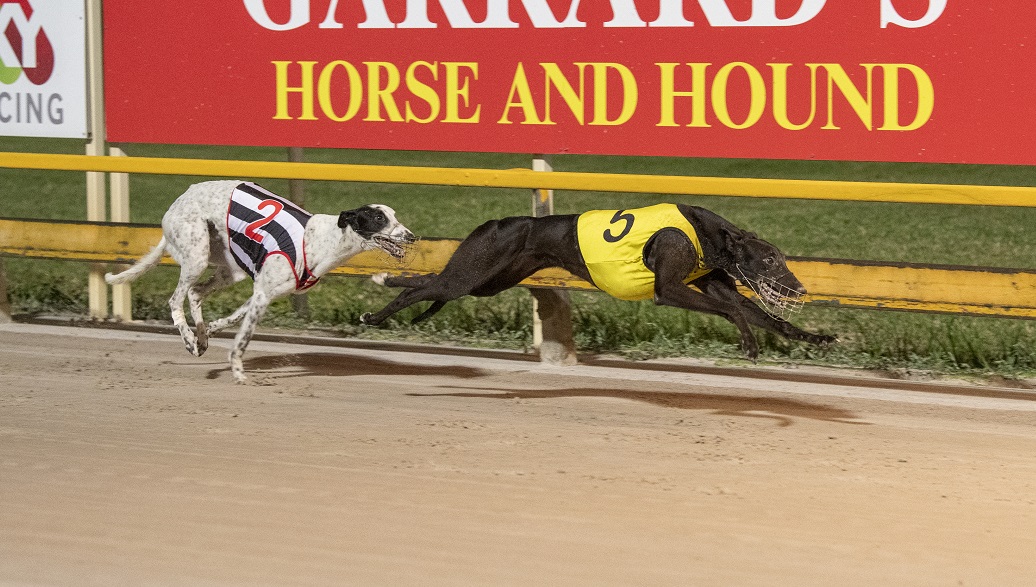 WEST Aussie staying star, We The People, is likely to stay in Queensland for the upcoming feature distance races after she contests Thursday night’s final of the Group 2 Golden Sands (600m) at Albion Park.

Michael Zammit, whose wife Selena trains the bitch for her WA connections, revealed on Wednesday.

We The People (Peter Rocket-Steffi’s Lass) has drawn moderately in the four for the final and the Zammits also have rails runner See Them Try (Oaks Road-Avamay) in the $75,000-to-the-winner decider.

“Sean (Kavanagh) rang out of the blue and asked if we could prepare the bitch for the big distance races over the summer at Albion Park,” said Mick. “We jumped at the chance because of how good she is.”

We The People came from a clear early last to show her undoubted strength when beating McCooley’s Lad in a heat last week in 35.00.

With the looming presence of hot favourite Jungle Deuce in the final, the Zammits are well aware of the task both their runners have in the final.

“Of course he is going to be very hard to beat,” Mick said of Jungle Deuce.

“But, We The People is not without a chance if she can get onto the rails early and pick off a few around the first couple of turns.

“See Them Try is a big chance off the red as well. He bounces in the boxes and this can bring him undone. But he is nicely placed too.”

Mick Zammit raves about the nature of We The People.

“She arrived on the plane from Perth and had lost only .2 for the entire experience,” he said. “She settled in so well. We love her.”

We The People, which launched her career in NSW before being sold to interests in WA, has raced 77 times for 21 wins and 31 placings for $176,000 in stakes.

Of See Them Try, Mick and Selena are over the moon the dog has landed the 2021 Albion Park club greyhound of the year, an honour achieved through a points system.

“He went into the last week of racing last week one point ahead of Extra Malt and both of them finished second so he clinched the award,” said Mick.