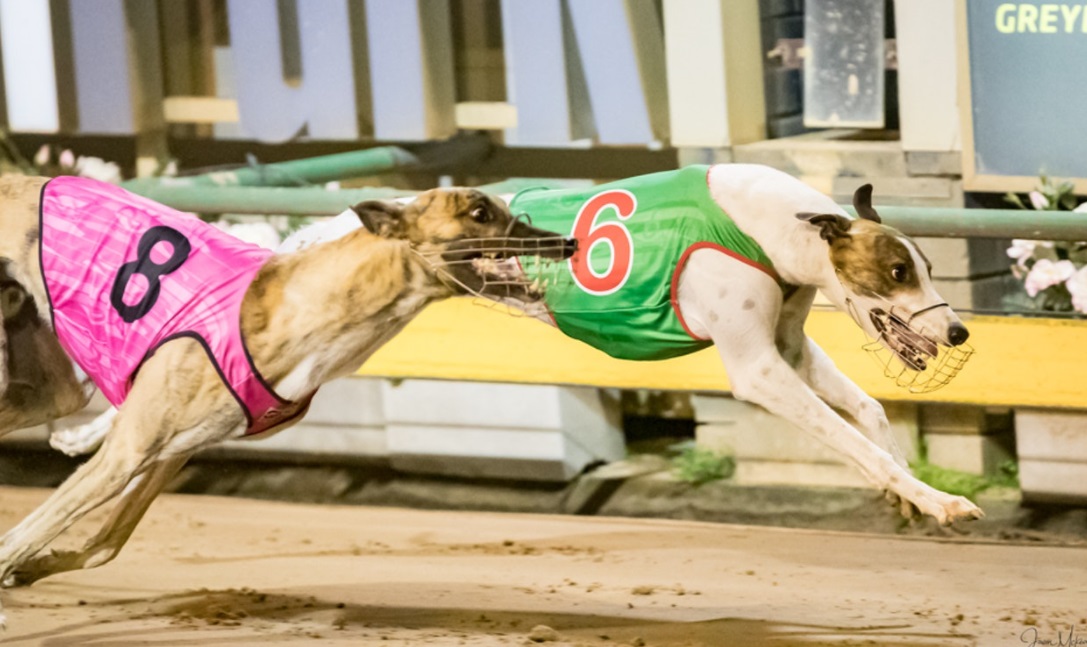 But unfortunately, he will not be on track to see it.

Cha Cha Charlie (Fernando Bale-Lucky Cha Cha) was only sent to Gorgioski a couple of weeks ago from leading Victorian conditioner Steve White.

White had decided that the Queensland-owned galloper would improve with a change in environment.

“Steve was thinking of sending him back to Queensland but then asked if I would like a try with the dog,” Jeff said.

“I jumped at the chance because he’d been racing over 600 metres and often a drop back to 500 metres can make a lot of difference.”

Jeff has known Steve for the past four years with one of his owners making the introduction.

“He’s a very fast dog and when I looked around at what was coming for Cha Cha Charlie, I spotted the Wagga Cup,” said Jeff.

Therein was a problem.

Jeff is a night worker, starting at 11pm, and it was impossible for him to make the trip to Wagga for the heats last week.

“Fortunately, Steve’s son Mitch offered to take Cha Cha Charlie up to Wagga for us and we were lucky enough for him to win his heat,” said Jeff.

Mitch and the dog stayed for the week between heat and final in Wagga with one of Steve White’s friends David Jones.

“We give him a good chance in the final although Yozo Bale is boxed so well in the final out of the eight and I expect him to improve greatly this week,” said Jeff.

Jeff, 58, started in greyhound racing 30 years ago and spent just a year hands on before finding ownership easier while his children were growing up.

“Once the kids left home about six years ago, I got a dog or two and that has grown to kennels for eight with six of those filled,” he said.

“But, with the night work, I find it almost impossible to race at nights and most of my dogs concentrate at Healesville and Cranbourne which, of course, is close to home.”

Jeff also has a litter of pups now seven months old by Fernando Bale coming through.

He will map out a future program for Cha Cha Charlie after Friday night’s Cup final but it will concentrate on 500m racing.