We The People Swoops Home To Take Gold Cup

MICK Zammit stood at the 710m boxes at Albion Park on Thursday watching We The People lob into fourth passing the winning post the first time. 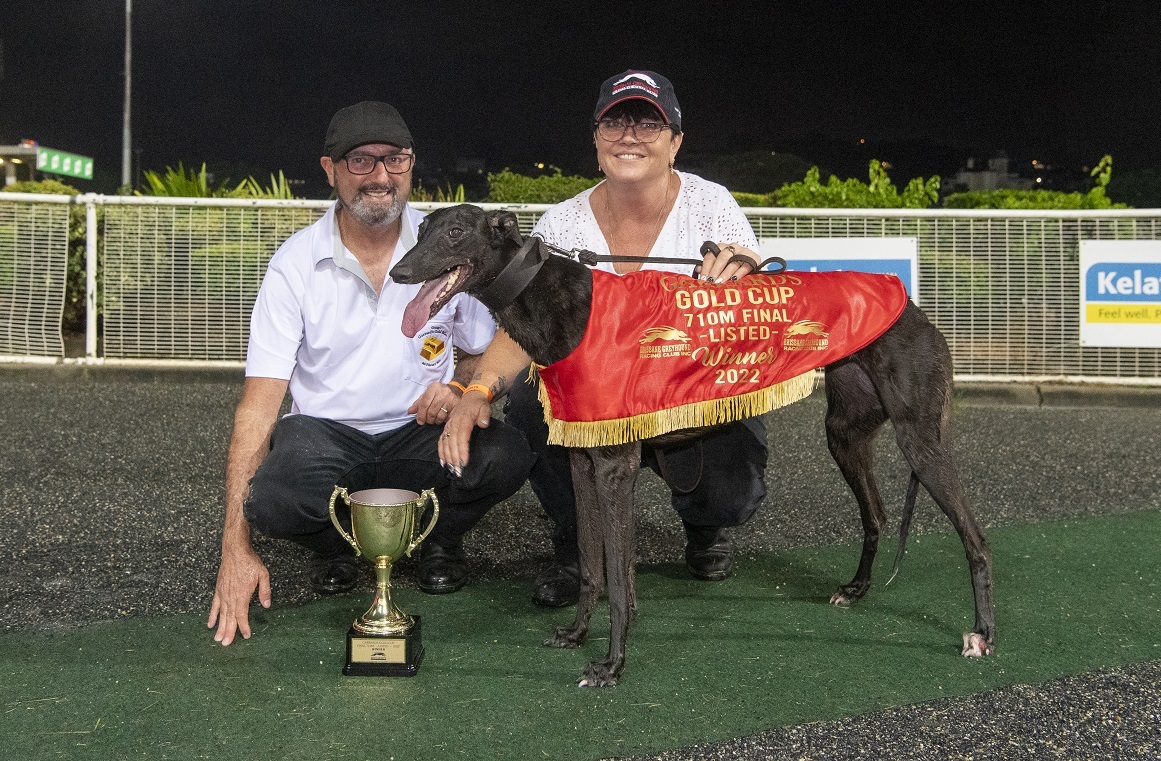 MICK Zammit stood at the 710m boxes at Albion Park on Thursday night watching as WA visitor We The People lobbed into fourth passing the winning post the first time.

The power of the bitch’s normal finishing run had most convinced she was the one to beat from such a close position.

“She had a lap to make up a few lengths, but she took a lap to do it,” said a much relieved Mick whose wife Selena is training the daughter of Peter Rocket during her winter carnival campaign.

We The People wore down early leader Knick’s Bale to win by a neck as a $7 chance, with Mick’s Recall a length-and-a-half away in third.

“I had a few things going through my mind when she got so close so early,” said Mick.

WE THE PEOPLE in a head bobber to win the Group 3 Garrard’s Gold Cup Final!🏆

The swift 3YO showed a great turn of foot late to get the job done for Selena Zammit and connections 💰#QLDisRacing🐾 pic.twitter.com/LUECrgu7TZ

“It was a bog track and a couple of weeks ago she didn’t really finish on as we thought she should.

“And sometimes when backmarkers get so close to early they can expend a bit too much of their finishing burst.”

She will head back to WA and trainer Sean Kavanagh at the weekend.

“Sean said immediate plans for her are the Group 1 Galaxy over the Perth Cup carnival,” said Mick.

“But, he even hinted she could be close to retirement.”

We The People arrived in the Zammit kennel late in December and had six starts for three wins and a second. She also made the Group 2 Golden Sands behind current track superstar Jungle Deuce.

“I thought she may have been a bit unlucky not to have run second or third behind Jungle Deuce that night, but for a bit of early trouble,” said Mick.

Misfortune in running helped We The People in the Gold Cup on Thursday night.

“She copped a slight check coming to the first turn,” said Mick. “You’d probably call it a baulk, but it might have stopped her being a bit closer to where all the trouble happened and forced Gypsy Wyong to fall.”

Zammit was high in praise of the nature of the Chris Carl-bred bitch.