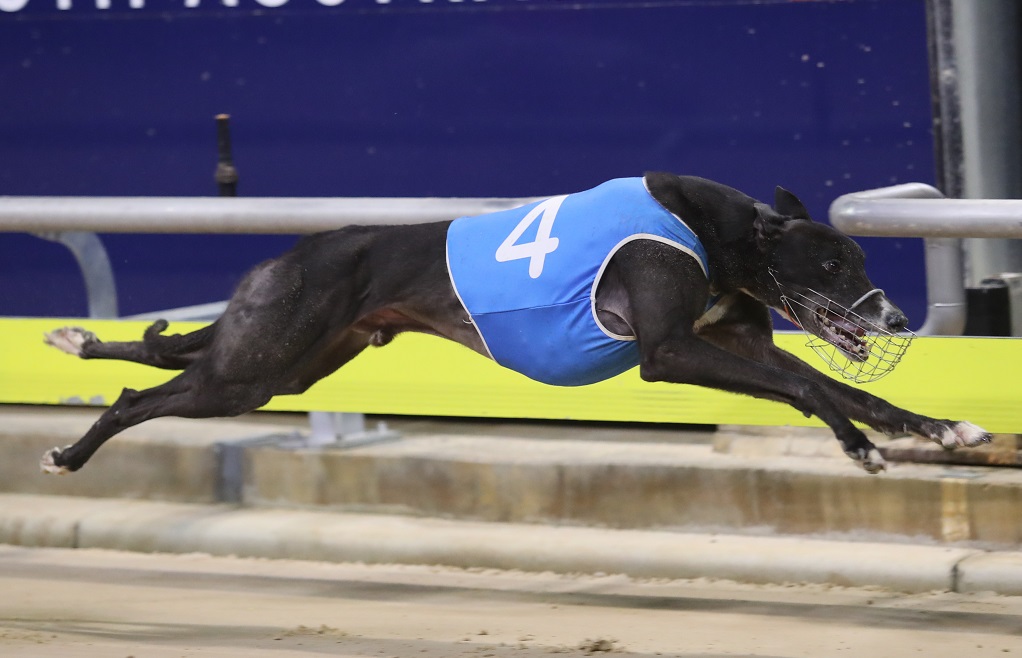 Britton and partner Angela Langton have qualified three runners through to the group 1 showpiece with Weblec Blazer joined by prolific winning sprinters Do It and Keep It Black.

But it’s Weblec Blazer, a son of Britton’s hugely exciting stud dog Mepunga Blazer, which will carry the main hopes of the side in the $100,000-to-the-winner decider.

“It would be a real thrill to win the race with Weblec Blazer being a son of Mepunga Blazer,” Britton said.

“He’s had a fantastic start at stud but if he could secure a group 1 – and a big group 1 – so early on it would be a huge boost to his breeding career.

“His statistics early on are great sitting only behind Fernando Bale and Barcia Bale on the Victorian Metropolitan sires’ list. That’s what’s stood out the most, the early success he’s had in the city.”

“His heat win was huge given the trouble he found himself in early,” Britton said.

“The night he ran 29.65 at The Meadows he went 5.09 early so he can show speed and I’m just hoping he begins on Friday night like he can.

“Aston Rupee is going to be hard to beat but getting across from wide draws in big races is never easy. I’m pretty confident in saying that Weblec Blazer is the second best dog in the race.

“Hopefully he gets a chance to show his best on Friday.”

Mepunga Nicky is the dam of Mepunga Blazer meaning a Weblec Blazer victory on Friday night would carry a degree of symmetry.

And while Weblec Blazer is the main kennel hope, Britton is confident Do It and Keep It Black are both capable of featuring with luck in running also.

Proven group performer Do It qualified with a solid 30.36 heat victory while Keep It Black finished a close-up second to fastest qualifier Spring Lilac in 30.22.

“Do It had a bit of time off before last week’s heat win so I expect him to take plenty of improvement out of the run,” Britton said.

“Keep It Black has run 5.05 early at Sandown and we’ve found a few little things with him this week that might see him improve again for the final.

“But like all of them their chances depend on what Aston Rupee does from box eight. I’d be more confident of beating him if he had six or seven but we’ll just see how it plays out.

“It should be a good race and hopefully everything gets its chance.”

In a real State of Origin feel, the Adelaide Cup will see four Victorian trained greyhounds face off against four South Australian runners.