What makes the Shootout such a great spectacle

THE Shootout at Sandown Park, first run in 1998, is one of greyhound racing’s truly elite events boasting an honour roll with some of the sport's best. 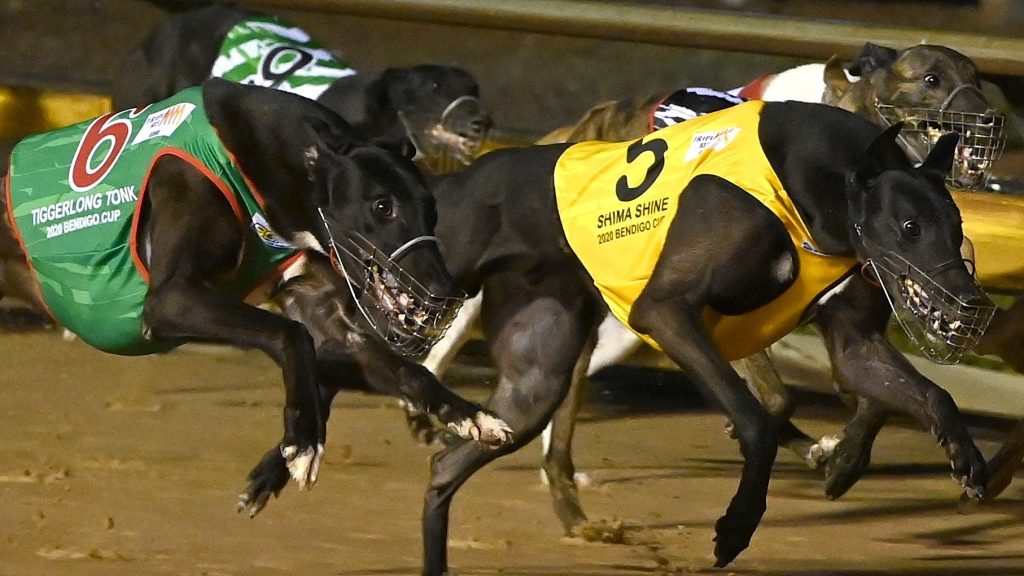 THE Shootout at Sandown Park is one of greyhound racing’s truly elite events.

First run in 1998 as a $5000 paid entry, winner-takes-all race, the Shootout has seen numerous changes over the years before settling on its current format in 2008, where it is now open to four greyhounds judged to be best suited to the format.

The key to the Shootout is speed.

By winning the ‘speed championship of Australia’ and therefore claims to being the country’s fastest greyhound, the winner’s stud prospects increase considerably.

Some of the sport’s most prominent sires feature on the race’s honour roll, including Go Wild Teddy, Bombastic Shiraz and Whiskey Assassin, and more recently, Zambora Brockie, Aston Dee Bee and Orson Allen.

There is nothing more spectacular than seeing elite greyhounds in full flight and close finishes have been a consistent theme since the entry fee was removed. In the last 13 years, less than a length has separated the first two over the line six times while the brilliant Bekim Bale is the only greyhound to win by more than 3.5 lengths.

Mantra Lad and Queen Lauryn staged one of the great duels in 2008. The two group 1 winning stayers showed they didn’t lack any speed over the sprint trip, Queen Lauryn leading all but to the final stride before Mantra Lad railed brilliantly to come from last and win by the barest of margins.

It was an equally tense finish in 2019 when TAB Melbourne Cup winner Aston Dee Bee and another group 1 winning stayer, Quick Jagger hit the line together.

Aston Dee Bee led through the first turn with Quick Jagger storming home from last and the pair hit the line together, the judges taking several moments to determine Aston Dee Bee the winner.

While the format gives those greyhounds lacking early speed the chance to storm home – Hooked On Scotch roaring down the outside to claim the 2019 Shootout the classic example – early speed is still king.

Since the current track surface was installed, the average first split of the winning greyhound is 5.06. Hooked On Scotch aside, every Shootout winner since 2009 has led or sat second through the first turn with every winner since 2012 leading down the back.

Quite simply, no matter how fast a chasing greyhound can run, it’s hard to run down fast greyhounds in front.

The Shootout has also evolved into an outstanding form refence for the TAB Melbourne Cup series the following week.

2021 promises to be no different with track record holder and last start Topgun winner Aston Rupee the early favourite, and will be joined by defending champion Tiggerlong Tonk, group 1 winner Lakeview Walter, and the brilliant McCooly’s Lad.

Whatever the outcome, the Shootout is sure to live up to its reputation as one of the sport’s most spectacular events.