ADAM Whitford will be chasing his first feature win in Launceston on Monday with Trying Again in the Tasmanian Derby Final over 515m. 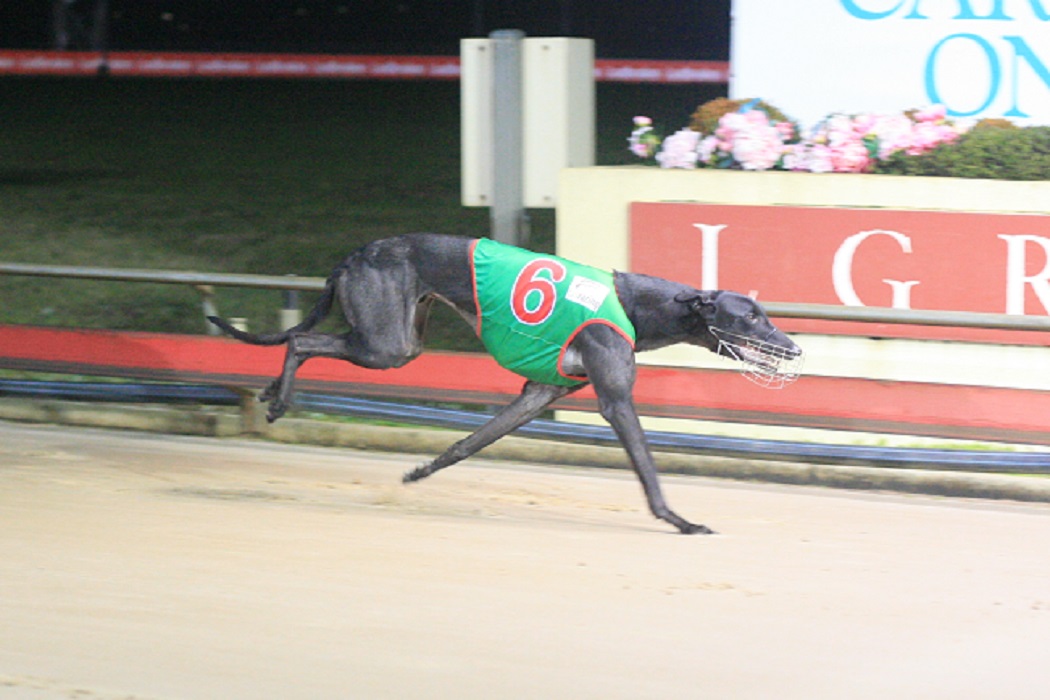 BRIGHTON trainer Adam Whitford will be chasing his first feature win in Launceston on Monday night when he lines up Trying Again in the Tasmanian Derby Final over 515-metres.

And from box two, Whitford is confident the son of Bekim Bale is set to play a major hand in proceedings.

“It’s the last five starts where Trying Again has really come to hand,” he said.

“Last week I just hoped the dog would get around safely and the way he won from a wide draw was fantastic – he just keeps surprising us.

“Growing up dad (Graham Whitford) would say to me of all the races to win the Tassie Derby is the most prestigious race on the calendar alongside the Hobart Thousand and Launceston Cup so it’s both nervous and exciting to be a part of it.”

Trying Again qualified for the $7280 to-the-winner feature with a barnstorming two-length victory over Hey Dougie in 29.87, his eighth win from 18 starts.

The Paul Hili-trained Man Over Board set the time standard for the male classic when running 29.60 from box one in his heat.

Corporate bookmakers have Trying Again as the $2.40 favourite with Dark Titan $2.80.

“Dark Titan is a worry on how it will perform on the inside while Man Over Board (box 8) is a very smart dog who will be looking to get across from out wide,” Whitford said.

“Our bloke will need just an ounce of clear room early.”

Whitford is grateful for the opportunity from owner Garry Sullivan to train his greyhounds in Tasmania.

“Gary has been good friends with my dad for years and has supported me from when I started training,” he said.

“Max (kennel name of Trying Again) has been a work in progress and I’m just glad he is starting to live up to his potential.

“I have a great team of support around me with both dad and my partner Sonja (Gangell) backing my judgement. Graham checks all my dogs while we share in the duties while I do the programming and the training.”

Having greyhounds’ in Adam’s life he says has given he and his father a strong bond.

“I’ve been lucky to have been around the dogs all my life,” Whitford said.

“Dad has been training since I was little and to follow in his footsteps has been a dream come true. We only have a small team and even my sons get involved as well.

“As long as Trying Again is sound and happy to race that is my job done so it will be all up to good luck on the night.

“You never know how the race will pan out and I’m just happy to have Trying Again in the final.”

The brindle daughter of Aston Dee Bee and Aston Liesel stopped the clock in 29.60 winning by 4-1/4 lengths.

Sassy Galaxy is out to achieve the Country Oaks/Tasmanian Oaks double for trainer Paul Hili, jumping from box six.

The daughter of Cosmic Rumble has won nine races with six minor placings from 19 starts.

The Oaks winner will receive a stud service to Blue Moon Rising.

The Tasmanian Derby final and Tasmanian Oaks final are races five and seven on Monday night’s 10-race card at Mowbray.