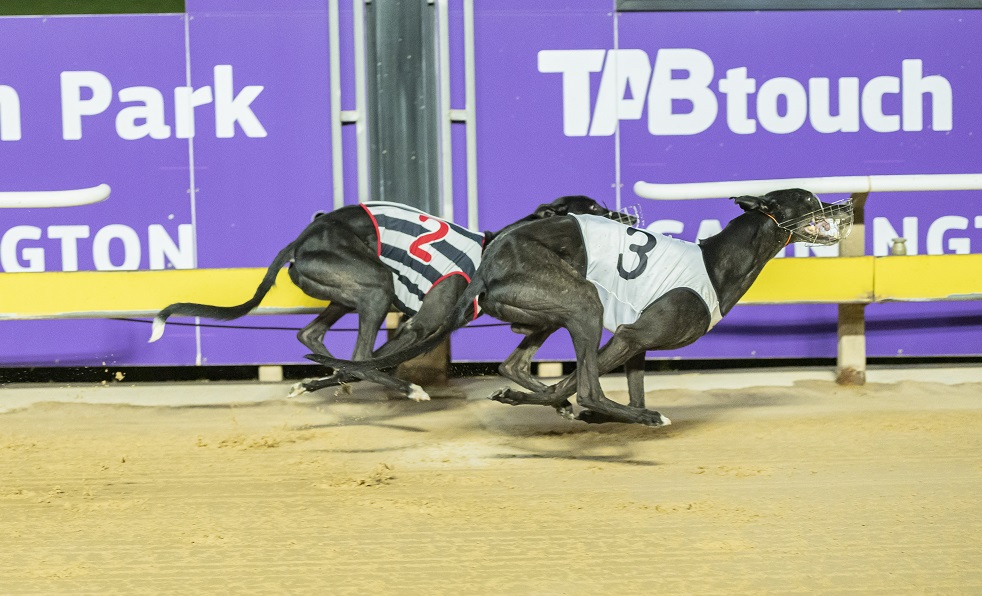 Lala Kiwi was brilliant in her heat win last week, while Paddy Wants Pats also caught the eye on his Cannington debut.

The pair last fought out a thrilling finish to the Australian Cup in February, with Lala Kiwi holding off Paddy Wants Pats in the concluding stages and it wouldn’t surprise to see them both in the finish again.

They will need to be at their best to defeat a strong crop of locally trained greyhounds keen to keep the Cup in the West. Leading the charge is Rostered Off which shared the time honours with Lala Kiwi, while littermate Vice Grip and exciting youngster West On Finn are also racing in superlative form.

The former Victorian lit up Cannington, recording the equal fastest heat and with a tidy first split despite having to jump from box 5. He has won four times over 600m at Cannington and twice over 715m so you can expect him to be strong at the finish. If can begin like he did in his and hold the rail from box (from which he’s won seven of 15 starts) he’s a great each way show.

Ran the race of her career to win his heat, leading all of the way to score in 29.91, the fifth time she’s run 30 seconds or quicker at Cannington. She’s quick early and is capable of leading – and has a great strike rate when she does lead – but will need to improve on her best time (29.88) to win against a field of this class.

Aiming to become the second greyhound to win the Australian Cup-Perth Cup double, Lala Kiwi made it two from two on her Perth campaign with a brilliant 29.65 heat win. Drawn box 4 – the same box from which she won the Australian Cup – and lining up now for her fourth group final in seven starts, she’s quick early, strong at the end and at home racing the best in the land. A deserved favourite and the one to beat.

A well-travelled litter brother to Rostered off that has found another leg in WA, he was made to work hard to win his heat after finding trouble at the first turn following a modest getaway. Showed great resilience though after finding that trouble to nail Granite Song on the line. Has won 10 of 14 over 520m at Cannington including a brilliant 29.54 gallop last December but will need to step as well as he ever has to overcome the sticky draw – especially with so much pace drawn beneath him.

Showed brilliant early speed in his heat running the fastest first split of the finalists. Does have a smart 29.81 under his belt but doesn’t have a great strike rate (has won just three of 16) this track and distance and the box draw hasn’t been kind. The outsider of the field.

The baby of the field still a month shy of his second birthday and a veteran of just eight career starts. Ran 29.73 at his third race start and won twice from this box leading into the heats, running 30.02 and 29.84. That won’t be fast enough to win here especially if he begins the way he did in the heats. One to follow, but not here.

Is quickly emerging as one of the country’s premier sprinters having won the Listed Wester Districts Derby before running second to Lala Kiwi in the Australian Cup. Showed great tenacity on his Cannington debut last week and will benefit from that first run at the track. It’s always difficult to cross group 1 field from box 8 but may get a cart across from the likes of West On Finn, and with a clear run will be right in the mix.