Williams Notches Up His Ton In Style

Victory by Tiger Town in his heat of the Young Stars Classic at Canningtonlast weekend provided Shayne Williams with his 100th winner for the year. 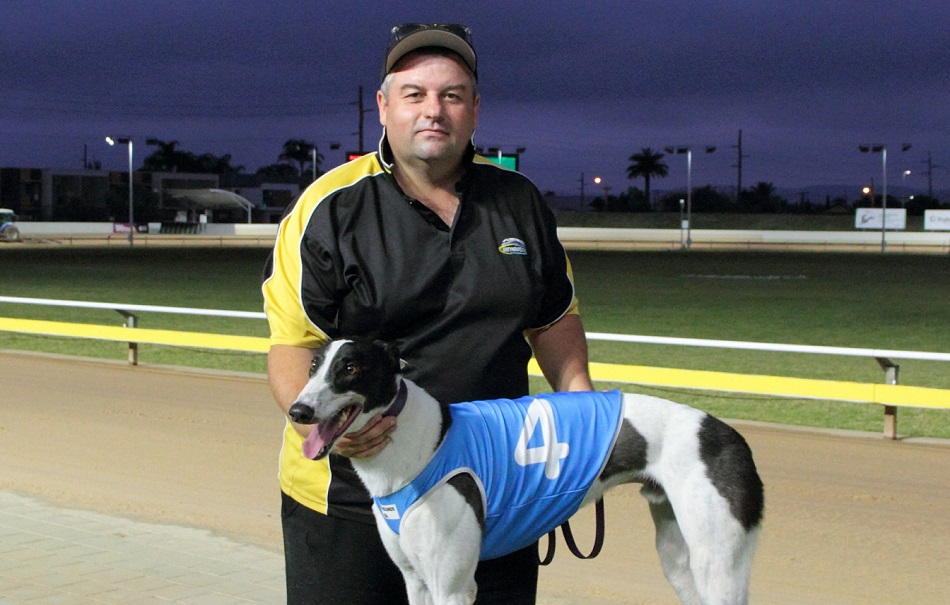 Victory by Tiger Town in his heat of the Group 3 Young Stars Classic (520m) at Cannington last weekend provided Shayne Williams with his 100th winner for the year.

It was a good night for the Nambeelup-based trainer who won earlier on the card with Tiger Town’s litter brother Unsee This, giving Williams a two-pronged attack in this Saturday’s $37,500 final.

In 2019, Danica Keeping was successful in the Young Stars – a performance that Williams’ credits as the kick-start to his training career.

“The phone started ringing soon after her win and that definitely helped me to attract a better quality of dogs into the kennels,” said Williams.

“That year was also important for me as it was my first 12 months training full-time and it gave me confidence that I had made the right decision.”

Williams prepared 79 winners in 2019, before bettering that tally with 96 winners last year.

“I suppose I had a personal goal of reaching the century this year, so it was really satisfying to be able to achieve that milestone.”

Williams ventured west from Victoria about five years ago to drive the lure and work at the Cannington track as part of the race day maintenance crew.

And whilst he enjoyed the job and remains in a mentor role for new lure drivers, the ambition to train greyhounds burned brightly.

After leaving Greyhounds WA he leased a few kennels at the property of John and Di Carmody who were taking a break from the sport at the time.

A taste of success saw a rapid escalation of the scale of the operation and in late 2018 he moved to Nambeelup Park – the state’s biggest greyhound area.

“These days I have 20 race kennels,” Williams added.

Most of the greyhounds in Williams’ care come from all over Australia, not surprising given his want to travel whenever the opportunity arises.

“COVID-19 has made things a bit tricky quite obviously, but I enjoyed sending Rippin Purton and Rippin Memphis to Wentworth Park and Nangar Rust to contest the Adelaide Cup. It helps the dogs and it’s a great opportunity to widen your own circle of contacts within the industry.”

Williams credits the assistance of his team, led by Jay Jacobsen, to know that his kennels lacks for nothing whenever he is away from home.

As for his prospects of winning the Young Stars again on the weekend, Williams was anything but confident despite Unsee This being the fastest qualifier (29.53).

“The box draw for my pair (Unsee This, box 5 and Tiger Town, box 3) is horrible, in fact there aren’t too many drawn where they want to be,” he said.

“I am hoping that I’m wrong but it looks like a race where it’s shut your eyes and hope for the best.”

Congratulations to all qualifiers of the Young Stars Classic Heats held tonight at Cannington. UNSEE THIS for Shayne Williams proved fastest of the night, holding off the persistence of MOMENTUM to win by a neck in 29.53s. Join us trackside next Saturday for the final! pic.twitter.com/xq1mvMXUj6

Unsee This was very impressive in defeating promising youngster Momentum in his heat showing that that ex-NSW chaser was in career best form.

“He’s had a few niggly injuries to overcome so we been lucky enough to iron out any issues just in time. As for Tiger Town, he showed that he has regained his confidence after being badly fought by another runner during a recent race.”

Both greyhounds are owned by Brendan McHattan, who lives near Dubbo in NSW.

The first two placegetters in the Young Stars Final will receive automatic entry into the final eight greyhounds to contest the Dogs WA Road To The Phoenix, joining All Stars qualifiers Vice Grip and Momentum.