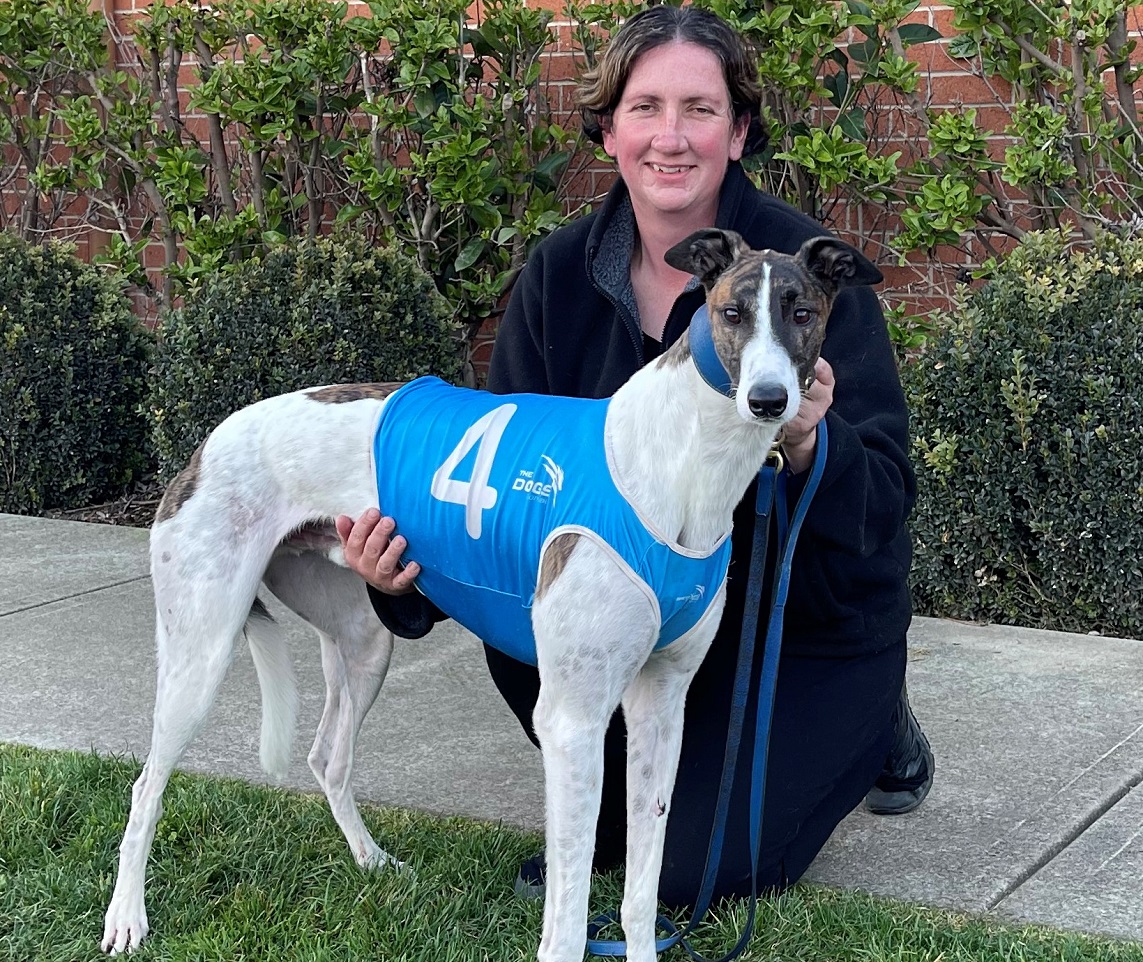 The two-time Group 1 winning son of Fernando Bale covered the journey in a remarkable 24.18, lowering the 24.26 benchmark recorded by exciting pup Mellcat Big Boy in April.

The time was also just over two-lengths faster than the 24.33 Wow posted when annexing the Listed Goulburn Cup last October.

Such was the dominance of Friday’s victory, Wow, winner at 19 of his 34 starts, left some talented free for all sprinters in his wake to score by an ever extending 8 ½ lengths.

His new track record figure at Goulburn sits beside the Gosford time-standard he set in the Group 2 Gold Cup series earlier this year, winning his heat in a sublime 28.88.

The performance also brought about a much needed return to the winner’s list for the hugely talented chaser and his first since transferring into the care of Danielle Matic.

His last victory was five starts back when winning his semi-final of the Group 1 Golden Easter Egg in a dashing 29.45 before finishing a gallant second to Tommy Shelby in an epic final clash a week later.

Friday’s record breaking Goulburn romp has shown the racing world that the gifted galloper is right on song for future assignments with a tilt at the TAB Million Chase atop of that agenda.

The world’s richest greyhound racing is only four weeks away and a fit and firing Wow is sure to be right in the thick of things come the last week in September.