TUESDAY night’s Wentworth Park trial session will take on a whole new level of significance with Wow She’s Fast to have her first look at the track. 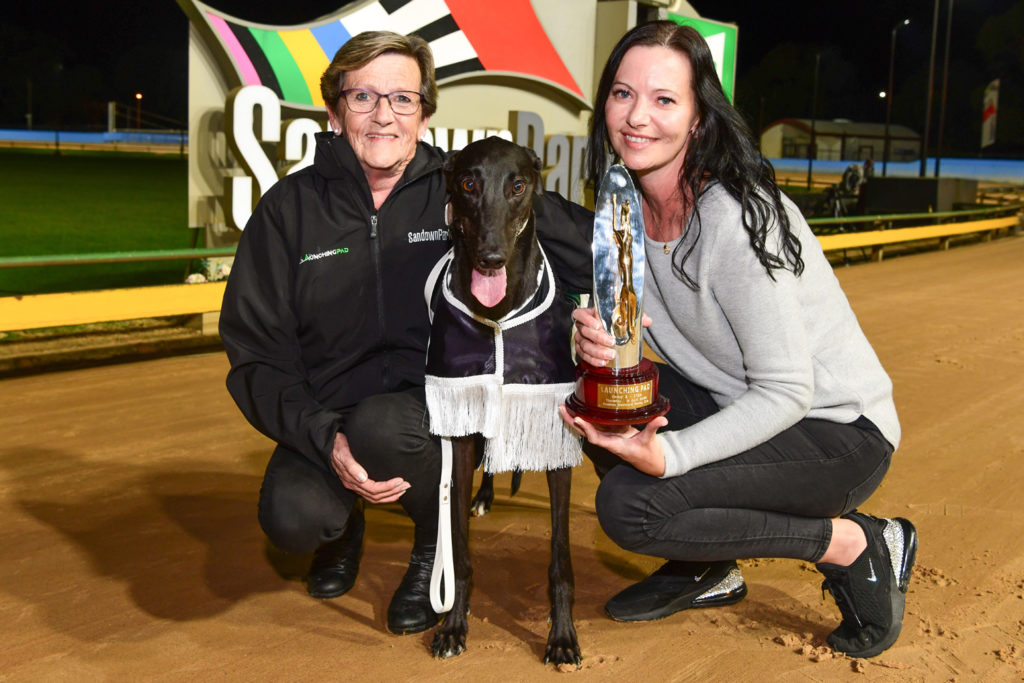 TUESDAY night’s Wentworth Park trial session will take on a whole new level of significance with superstar Victorian Wow She’s Fast to have her first look at the famed Glebe circuit.

The hitout will be in preparation for a tilt at the city qualifiers of the TAB Million Dollar Chase this Saturday night after connections pivoted from their initial decision to bypass the world’s richest race with the freakishly talented sprinter.

In the aftermath of last Thursday’s epic win in the Group 3 Launching Pad, trainer Kel Greenough declared his star bitch would miss the event, but a change in circumstances in recent days had led to the daughter of My Bro Fabio being Sydney-bound for the lucrative series.

“It was actually due to my own personal health situation that we’d decided initially not to contest the series,” Greenough said on the drive to Wentworth Park on Tuesday.

“I had a scare a few weeks ago where the left side of my face went numb and (wife) Jackie thought I might have had a stroke. The doctors ran a whole lot of tests and it ended up being that I had Bell’s Palsy.

“They said that with medication and rest I’d come good in a few weeks and over the weekend I started feeling well enough to think the drive to Sydney was possible.

“With the way she’s going she really should be there for the race so here we are. She’ll have a box-to-box tonight (Tuesday) as will Levitation and all things being equal line-up on Saturday night.”

A last start winner of the Group 3 Launching Pad at Sandown Park in an electrifying 28.93, Wow She’s Fast will launch her MDC assault as the winner at nine of her 12 appearances, her crowning glory in December’s inaugural The Phoenix at The Meadows.

With $935,370 in prize money already banked, a potential victory in the MDC on May 7 would rocket her stake earnings to the verge of a staggering world record $2m.

Six city qualifiers are slated for Wentworth Park on Saturday night where at least first and second are assured a place in Saturday week’s eight semi-finals where the winners will progress through to the $1m-to-the-winner finale.

The appearance of Wow She’s Fast in Sydney for the Million Dollar Chase brings racegoers one step closer to an absorbing clash between the gifted Victorian and NSW speed-machine She’s A Pearl, recent winner of the Group 1 Golden Easter Egg.