ORCHESTRATE could back up in the heats of the Young Guns at Albion Park on Thursday after his sensational victory in the Rockhampton Cup on Friday. 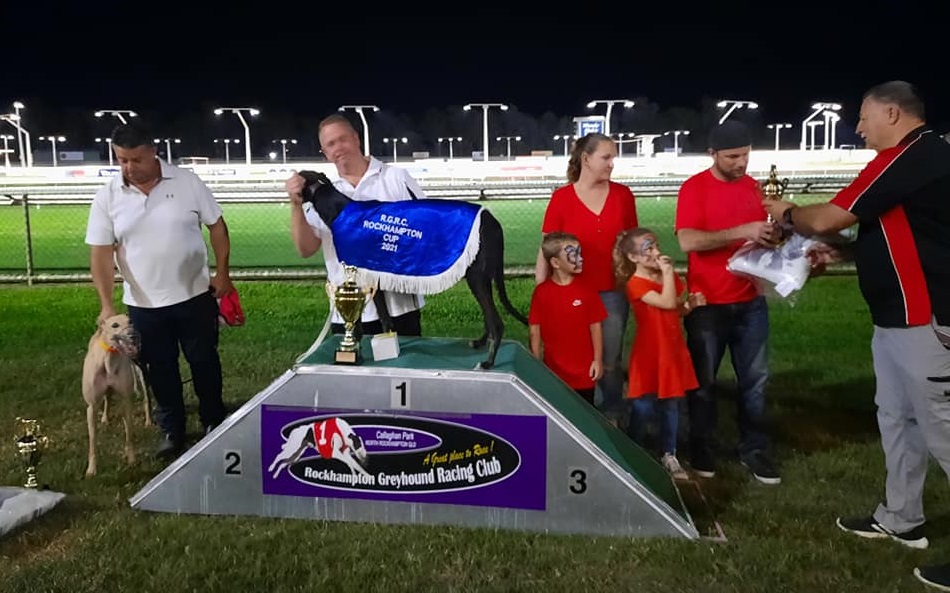 ORCHESTRATE could back up in the heats of the Young Guns (520m) at Albion Park on Thursday night after his sensational victory in the Group 3 Rockhampton Cup (510m) on Friday night.

Syndicate head, Tom Kinnear, said he had spoken to trainer Tony Brett immediately after the victory and this plan was tossed up.

“Obviously we are not looking too far down the track, but the Flying Amy Classic could also be on the cards during the Winter Carnival at Albion Park,” said Kinnear.

Orchestrate (Barcia Bale-Speculate) was as dominant as could be when winning the Cup.

He flew the lids, had opened up a big back straight break and then went strongly to the line to win by five lengths over Mitchell Street with Bow Baby in third.

“His heat time of 29.62 was the fastest run on the Rocky track for three years,” said Kinnear.

“And here he goes two-tenths quicker in the final.”

“She was going to be anything after breaking her maiden at Albion Park in 29.90,” said Tom.

“I sent her to Jason Thompson who predicted she would make a top stayer, but unfortunately she broke a hock before he could start her.”

The Barcia Bale litter is her first and it also includes city winners Interrogate, Assassinate and Manipulate. They turned two years old only a month ago.

Kinnear races the litter in partnership with his wife Rose, due on August 16 to have the couple’s first child, and his parents Graeme and Chris.

“And, Speculate’s second litter, by Aston Dee Bee, are breaking in at the moment with huge reports,” he said.

Tom, 30, is a global markets investment manager at HSBC.