Young Stars Out To Play In Launching Pad 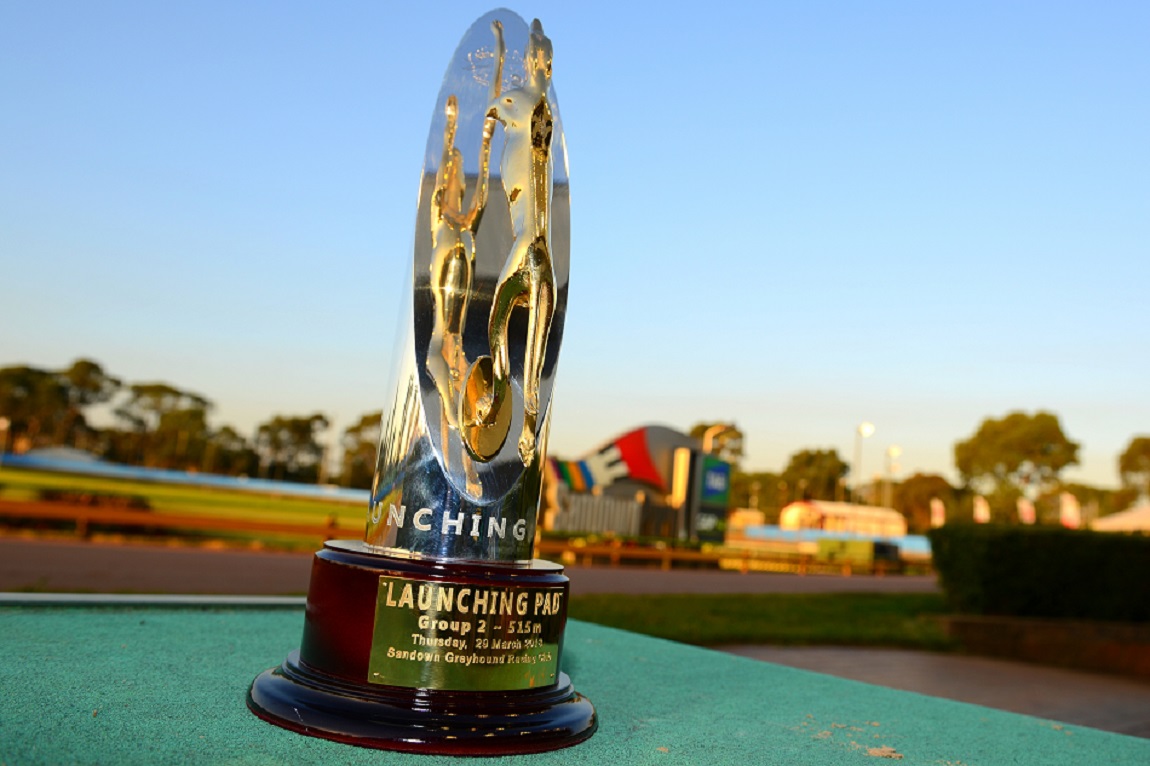 The 2021 Launching Pad – the country’s premier series for emerging greyhounds – boasts some of the nation’s most exciting young greyhounds which are sure to be prominent throughout the year.

Since converting to the revolutionary slot race format, the Launching Pad has seen some of the sport’s biggest names launch their careers through the three week series. In fact, since the 2015 change, 37 of the 336 greyhounds to contest a heat of the Launching Pad have gone on to win a group race – 16 of them at group 1 level.

This year’s edition is shaping as the most keenly contested yet.

While the series is restricted to greyhounds at the beginning of the careers (1-6 wins, no more than 30 starts), 33 of the 64 heats runners have already won at Sandown Park.

Given the quality on show, it comes as no surprise that of the 14 greyhounds that feature on the first three lines of betting for the 2021 TAB Melbourne Cup, half will be lining up in Thursday night’s heats.

TAB has opened the markets for both the heats and for the overall winner, with Aston Rupee (pictured, above) and Silver Lake opening equal $5.50 favourites.

In the race’s four renewals as a three weeks series, 2018 champion Beast Unleashed is the only greyhound to progress through the series undefeated.

It’s one of the charms of the $420,000 series – more than half of all greyhounds competing in the heats will get a return on the $2000 is the cost to be part of the actions.

Here’s a look at some of the more interesting runners in each heat with the prices quoted to take out the series.

Silver Lake (box 3), Graham James, $5.50EF
Hasn’t raced since running fourth in the Wester Districts Derby – one of the premier age restricted series in the state – on 10 February. In just seven career starts he has already set a track record and has a 29.14 win at Sandown Park.

Hadouken (box 1), Jessica Sharp, $12
Won the Super VICGREYS on Cup Night last November and hadn’t won in seven starts since before returning to form with a 29.28 win two Sundays ago. Is 3/3 at Sandown Park.

Brother Jason (box 2), Robert Britton, $71
Boom Queenslander now in the care of Robert Britton who followed up his brilliant 29.83 win at Albion Park with a slick 19.51 win at Capalaba.

Thursday Knight (box 8), Paul Bartolo, $34
Stamped his Launching Pad ticket with an impressive 29.55 victory coming from off the pace in February.

Aston Lavinia (box 2), Jessica Sharp, $17
Has shown dazzling early speed in her last two wins, including a 5.01 first split in her 29.31 win leading into the Pad.

People Get Ready (box 1), Ned McDonald, $34
Has been well beaten in his last four starts but each has been in the heats of a group race. Ran 29.30s in each of his three wins at Sandown Park.

Aston Rupee (box 4), Glenn Rounds, $5.50EF
The series – and TAB Melbourne Cup – favourite on the back of a scintillating 29.47 win at The Meadows on Australian Cup night – just a tenth off the track record and five lengths faster than what Tommy Shelby ran in the feature.

He Shall Blitz (box 1), Dave Crawford, $201
At 38.5kg he’s not only the biggest greyhound in the series, he’s one of the biggest currently racing. And he has a motor to match based on his last-to-first victory last time out.

Draft Monelli (box 4), Lyn Smith, $201
The least experienced runner in the series with just one win to his name – a best of night 29.93 win at Cannington which followed his 29.89 qualifying trial win.

Aston Fastnet (box 5), Jason Thompson, $8
After an average start to his career he’s been sublime since, winning his last three in best of night times including a stunning 29.11 last Thursday night.

Shima Classic (box 8), $6.50
A half sister to superstar Shima Shine and has already showed her class by making the group 1 Australian Cup final.

Riccarton Rick (box 2), Jim Redenbach, $17
No greyhound in the series has more experience around Sandown Park, boasting a 6-2-2 record from his 13 stars at the venue.

Black Avenger (box 7), Joe Borg, $51
Trainer Joe Borg said he got a little stirred up being in race 12 last Thursday night (winning in 29.63) and expects him to improve a lot with experience.

Jungle Deuce (box 8), $51
Ran 3rd in his only Sandown Park trip, expect him to get better as the series progresses.