ZAC'S Entity has been creating headlines ever since a gobsmacking 15-length debut victory at Sandown in August where he clocked a fast 29.25. 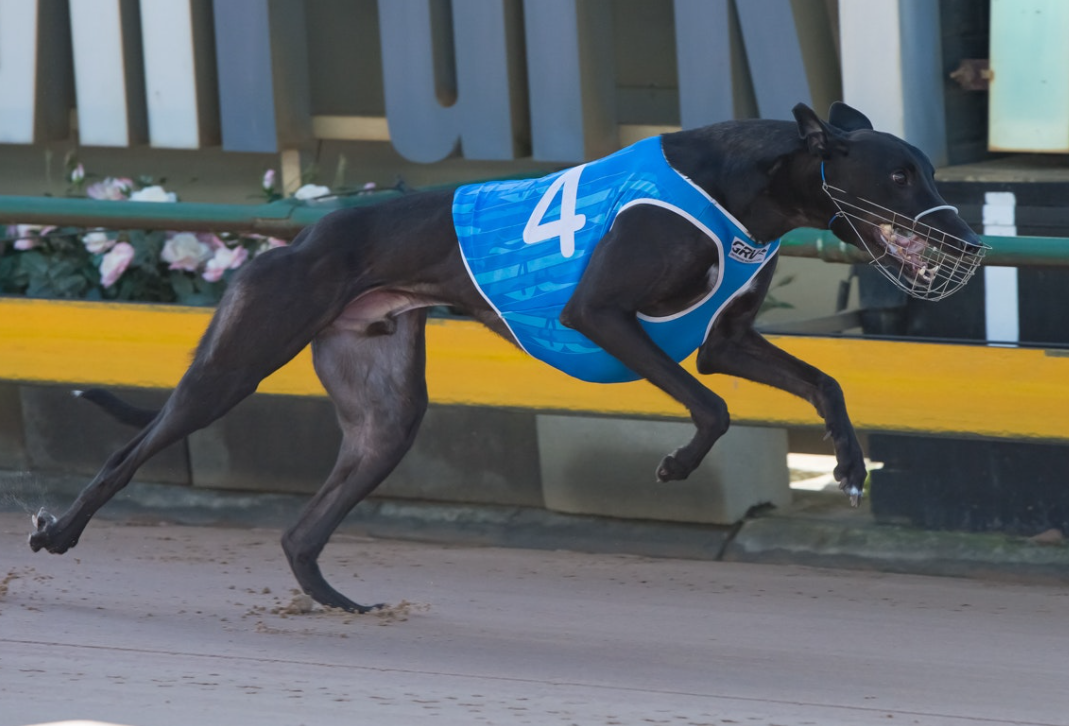 BOOM Victorian stayer Zac’s Entity has been creating headlines ever since a gobsmacking 15-length debut victory at Sandown Park on August 1, where he clocked a scorching 29.25.

Master trainer Kel Greenough wasted absolutely no time stepping Zac’s Entity up in distance and after just seven starts, only two over ‘700’, the long distance rookie finds himself favourite for Saturday night’s Group 1 TAB Topgun Stayers (725m) at The Meadows.

Zac’s Entity has vindicated Greenough’s judgement, winning his past three at Sandown (715m), Sale (650m) and The Meadows (725m) by a staggering cumulative margin of 27.75lengths.

“He’s had clear runs, I guess,” said Greenough, who won the Topgun Sprint with Cindeen Shelby in 2009.

“He’s ticked most of the boxes but he’s still learning how to race.

“I thought it was pointless to keep running over ‘500’ where he was going to get knocked around, so he’s been learning on the job.

“You can’t doubt his ability but he hasn’t had to deal with a full field over ‘700’ yet, so Saturday night is going to be a totally different ball game.”

Zac’s Entity, a well-bred son of Fernando Bale and Zara’s Entity, which Greenough took to victory in the 2017 G3 Cranbourne Classic, rounded out his Topgun preparation last Saturday, once again in sensational fashion, breaking Sandown’s 595m track record in a 33.46sec trial.

However, Monday night’s box draw didn’t favour Zac’s Entity, which drew Box 8, but despite Greenough’s concerns about the outside alley, the budding superstar heads TAB’s market at $4.

“He’s good enough to win but he’s got to be a risk out there,” Greenough said.

“Jackie (wife) asked me what our worst box would be. I said eight and she said we’ve got it!

ICYMI: ZAC’S ENTITY (7) gave his rivals a head start & then poured on his mid race speed to win by 9L’s @TheMeadowsDogs yesterday.

“He’s shown he’s very good at taking runs on the inside, but from out there you’d think he’s probably going to get shuffled back at some stage.

“Taking on the best stayers we’ve got at this early stage of his development is going to be pretty tough but it will be a good experience and hopefully he’ll derive benefit from it going forward.”

Greenough has great respect for NSW star Stanley Road ($4.60), which won the G1 Supers Stayers and ran a close second to Greenough’s freakish talent Houdini Boy in the G1 Zoom Top at The Meadows during the Australian Cup Carnival.

While Zac’s Entity put another NSW visitor in Miss Ezmae to the sword in his last start 42.37sec victory in a three-dog affair at The Meadows, Greenough isn’t writing off the G2 Sydney Cup winner and multiple record holder.

“She’s been in scintillating form in NSW, she’s got the inside draw and this is a totally different set-up to when Zac’s Entity beat her three-out.

“That was more like a Speed Star match race and he won’t be eyeballing her and pressuring her like he was this time.”