GRAFTON president John Corrigan threw an early spanner in the works for Tony Zammit just prior to the running of the Easter Maiden on Monday. 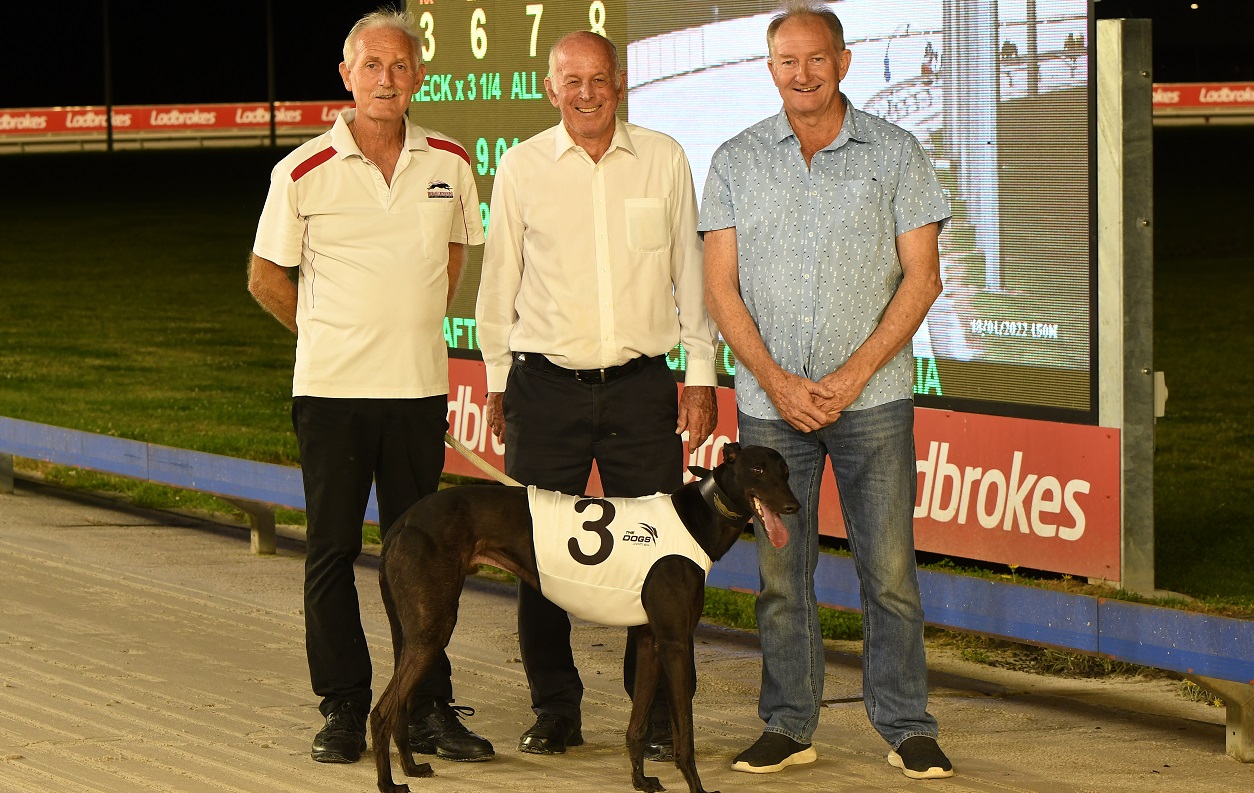 GRAFTON club president John Corrigan threw an early spanner in the works for trainer Tony Zammit and his team of “punters” just prior to the running of the time-honoured Easter Maiden (450m) on Monday night.

Zammit was at Grafton with hot maiden favourite De Ferran and had great mates “The Don” and “Jacko” with him to work the commission.

“Johnny came up to us before the race and said he didn’t want to dent our confidence but it has been 32 years since I’d won a race at Grafton,” said Tony.

That was with the great Tickety Boo who not only landed a massive betting plunge to win heat and final of the July Maiden but came back the next year to win the Sprinters Cup … the only greyhound to complete the double.

It did nothing to halt “The Don” and “Jacko”, long-time Zammit kennel associates, from unleashing on De Ferran.

The son of Fabregas and Pennybacker, raced by Darren Leeson and Tony Mcgrath, took plenty of time to win the Easter Maiden but he got there in the end scoring by half-a-length at $1.95 beating Rapid Ripple and Timely Mover.

“He is a very nice young dog,” said Tony.

“But, he will be much better suited when he gets to 520 metres at Albion Park.”

Zammit was reluctant to race the youngster at Ipswich with so much use of the track after the recent floods.

He took him to Grafton to trial and the youngster promptly reeled off a fast 25.29 at his first look at the track. The fast-approaching Easter Maiden series was perfect timing.

“He is only 19 months old and has a bright future,” said Tony.

Zammit is an instant fan of the new Grafton track.

“It’s just like the old Parklands where every dogs gets it chance,” he said.

He started $1.35 favourite and won by almost 10 lengths to confirm Mick’s long-held view he is an outstanding prospect.