ZIPPING Kyrgios has roared into next Friday's Black Top Final (515m) with an electrifying 29.24 heat victory at Ladbrokes Gardens on Friday night. 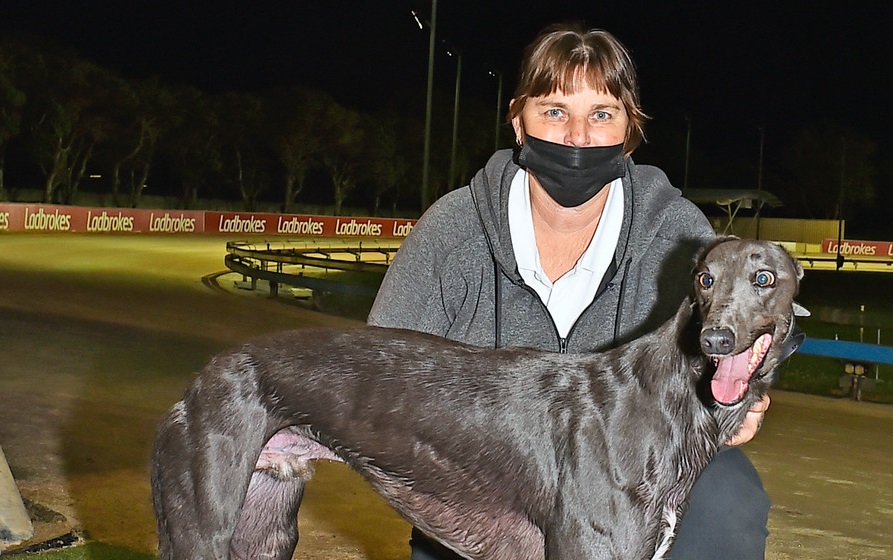 But to annex next week’s $40,000-to-the-winner finale the John Finn-trained son of Aussie Infrared will need to overcome box five, pitted up against a star-studded line-up of sprinters.

The prolific winning chaser made it four wins in succession with his dominant 3 1/2 length heat win on Friday night over Ladies Bracelet winner Pay Call which has drawn box six in the final for trainer Peter Lagogiane.

The outstanding performance by Zipping Kyrgios will see the 19-time winner start favourite for the decider where he’ll again need to exhibit the amazing track sense that was on full display in his heat romp.

Zipping Kyrgios rockets into the final – 29.24

The Black Top is sponsored by Sires On Ice and it was their underrated sire Keybow that was to the fore in earlier heats when star siblings More Sauce and Casual Glance both scored impressively for Michael and Michelle Lill.

More Sauce, runner-up in the Group 2 Maitland Cup earlier this year before securing the Grafton Sprinters Cup in July, showed blistering speed to land his heat over Arctic Kingdom in 29.40.

A race later his brother Casual Glance put on a similar show out in front, defeating Zipping Alabama by 3 1/2 lengths in 29.44 to claim win 24 of his career.

The immensely talented brothers have drawn the bookends for next week’s finale with More Sauce to exit box one while Casual Glance has drawn box eight.

The remaining heat went the way of the Mick Hardman-trained Zulu Warlord, the Bathurst Cup hero and NSW Sprint winner making full use of box eight to score comfortably in 29.63.

With a truckload of early speed engaged in next Friday night’s finale the all important run to the first corner will prove crucial as to which greyhound prevails.