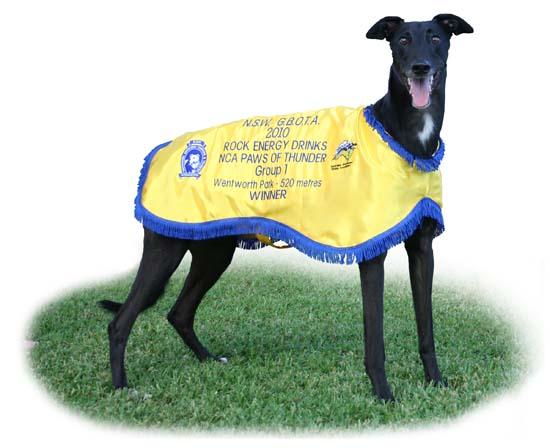 Won 18 of his 37 starts, including victory in the 2010 Group 3 Christmas Gift, finalist in the Group 1 Topgun at The Meadows, while his litter-sister Lochinvar Vogue has gone on to be a magnificent producer, her pups so far winning over 220 races and half-a-million in prizemoney!

Lochinvar Marlow has thrown over 7000 winners throughout his stud career with over $12 million in prizemoney earnings!

Bred in the purple by Bombastic Shiraz out of Sensation Lee (a daughter of Brett Lee), Lochinvar Marlow is without doubt the best value stud dog going around, churning out terrific results from limited opportunities!