JASON Thompson has been enjoying a sensational run with his kennel and he has a strong quartet engaged at Sandown on Thursday night. 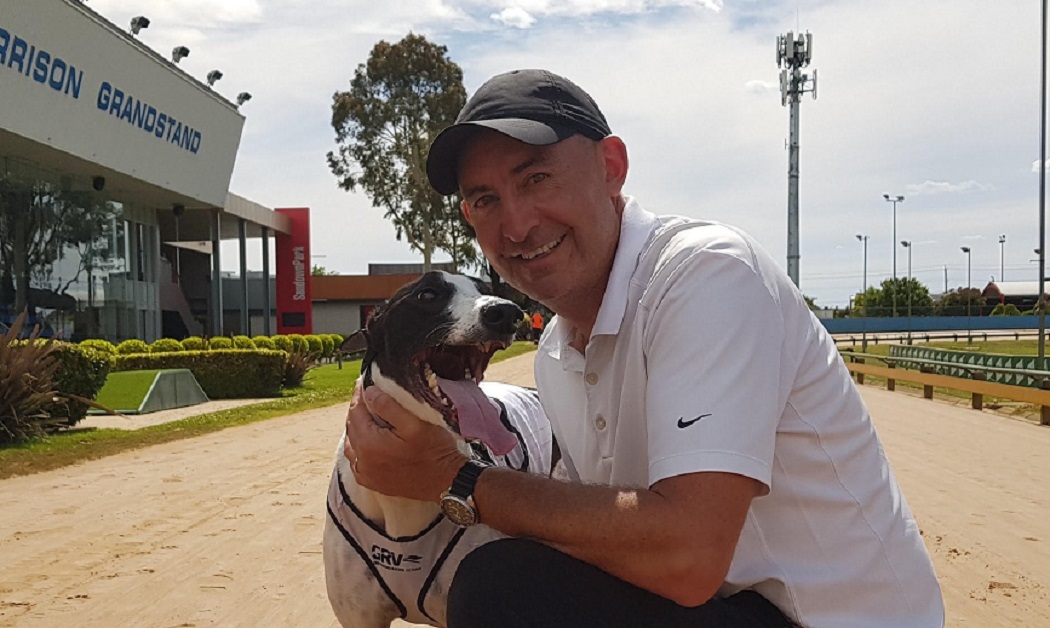 JASON Thompson has been enjoying a sensational run with his powerhouse kennel and he has a strong quartet engaged at Sandown Park on Thursday night.

He’ll be looking to improve his already stunning 35 per cent winning strike rate across Victoria over the past year.

We got his thoughts on each runner at Sandown Park on Thursday night plus an update on some of the higher profile members of his team.

Announced herself as a potential star when brilliantly winning a Pink Diamond event at Bendigo last month. She’ll be having her second crack at Sandown Park but first at city level.

“She’s totally outgraded. She’s been crucified for winning a Tier 3 Pink Diamond final at Bendigo due to the way the APM works. I know she’s very good, but it’s disappointing the way she’s graded for winning a Tier 3 feature. She’ll continue to be in these races and it’ll either make her or break her. She’s a chance in anything she goes in.”

Her first city start since a hot win in 29.32 in May. She’s won 15 of 22 and produced a strong highlight reel over her career. She steps up to 595m for the first time.

“If she goes to Sandown over ‘500’ she’s going to be in a Free-For-All, where if she goes there over ‘600’, albeit underdone, she’s probably going to lead. If she paddles in the last 50 metres, that’s probably better than being knocked around in a Free-For-All. I think she’ll enjoy it, she’s more of a front runner and from a good draw hopefully she can go to the front. She’s never been over more than ‘500’ metres but I always thought she’d run ‘600’.”

Has gradually risen in distance and made his ‘700’ metre debut last Wednesday at The Meadows a winning one. And just quietly, one of the better looking greyhounds in the sport!

“I always think they need a few runs over ‘700’ before they’re at their best. We moved him up over more ground as he lost a bit of confidence over ‘500’ and even ‘600’. Over the ‘650’ there’s a far different tempo compared to the shorter races. I thought his win was really good last week and he probably meets a similar field on Thursday night. I reckon he’s improved a bit from that run. It’ll be interesting to see what he does because I’d like to see what he’s doing in four or five weeks. He’s only going to get better and stronger.”

Began slowly from a suitable draw last week but recovered well to only be beaten a length by Keep It Black. Backs up in another Free-For-All and meets a very handy field!

“It’s a similar race to last week but he’s got a better draw. He probably needed the run last week after a break since Bendigo. Aston Cade is going to give him a bit of room early, if he can get the start right he’ll be very hard to beat as he’s just a good race dog. These Free-For-Alls you can’t do things wrong and expect to win them. He’s the best of the four we’ve got in.”

Updates on others from the team:

“I’ll look to get him back to The Meadows, possibly next week or the one after. He’s come back well from Queensland, he did well up there and it was good to get that win from him.”

Won at Warragul last week and will be targeted at country cups.

“There’s no country cups coming up outside of the Healesville Cup which I may put him in. We’ll keep him in the country, it’s more his go. When the good races over ‘500’ are on we’ll put him in them but he’s far better suited to the country cups”

Breathtaking at Albion Park last Thursday in a fast 29.62. He’s been drawn in a heat of The Maturity at The Meadows this Saturday night.

“I haven’t had a good look at the race yet but having three dogs under him (in box 4) is better than six or seven. He’s a quality dog coming off a good campaign in Queensland. Hopefully he can put himself into the race because he’s a very good dog.”

One of the most exciting youngsters in Australia at the moment, he won last night at Warragul in a quick 25.49. He was eligible for The Maturity but Thompson won’t be rushing his development.

“He’s never had a ‘500’ in his life. I’ve got a plan mapped out for him and it probably means he won’t race over ‘500’ for a little while yet. He’ll be targeting the Warragul St Ledger at the end of the month and we may go to the Healesville Cup. We’re in no hurry, for his development there’s no need to step him up yet. It’s about building a good race profile with him, keeping his confidence up and being placed where it’s right for him, not putting him in big races just because they’re on. He’s a brilliant dog.”

Won eight of 13 to start his career and looked a serious pup on-the-up. Unfortunately it’ll be a while until we see him race again, if at all.

“He injured his achilles tendon in a trial. I did think he was one of our better dogs going into the year. He’s going through rehab now but I think it’s 50/50 if he’ll race again. We’ll give him plenty of time and every chance.”