TIM Aloisi is confident there is further improvement in Stout Monelli as he heads into the All Stars Match Race series at Angle Park on Thursday night. 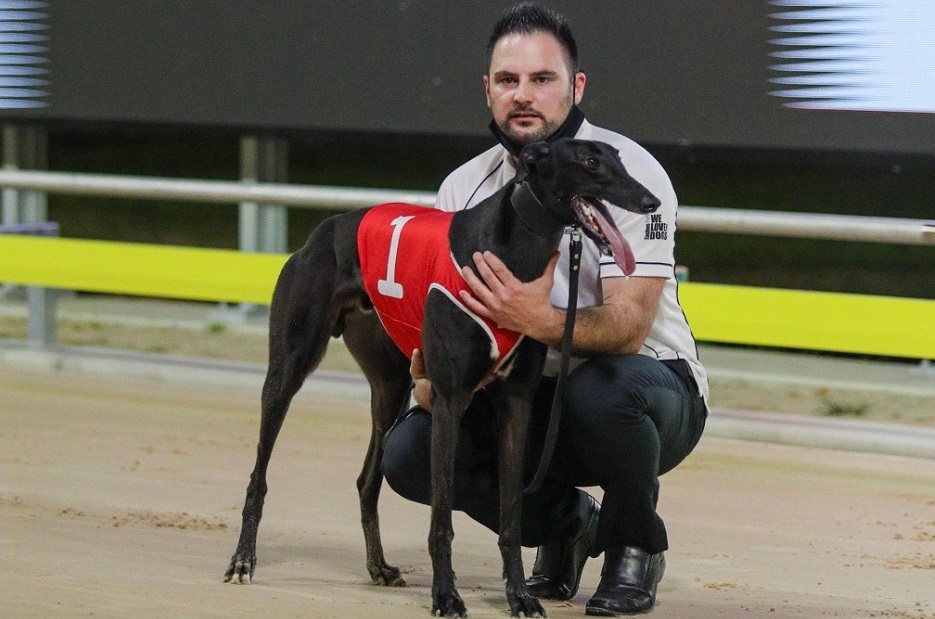 NEW owner-trainer Tim Aloisi is confident there is further improvement in former WA galloper Stout Monelli as he heads into the Match Race Challenge series at Angle Park on Thursday night.

Stout Monelli (Barcia Bale-Corona Monelli) has had three starts, all at Angle Park, since coming from the kennel of leading WA trainer Dave Hobby and all three have resulted in wins.

He comes up against Troy Murray’s Major Major in his match race and that SA Derby winner is coming off three straight wins, two at Murray Bridge, the other at the new Angle Park.

Aloisi bought Stout Monelli in a package deal from Hobby back at the start of August.

“I’m mates with Dave and he came to us with a package deal for a few dogs of which Stout Monelli was one,” Aloisi said.

He had won the Listed WA Puppy Classic and Lew Dorsa Memorial and was second in the Group 2 WA Derby and third in the Listed Canning Trophy and The Westchase.

“He has settled in very well to our kennel,” Aloisi added. “He’s got good improvement in him still.”

The three starts for three wins at Angle Park have seen Stout Monelli improve his times to a slick 30.32.

“The 30.32 surprised me last week,” said Tim. “I think he is still a week or two away from producing his best.

“Yes, he’s in a tough match race against Major Major but I’m confident he has the pace to cross him early. “Ideally I’d like him to be drawn inside him.”

The looming presence of new Sandown track record breaker Aston Rupee is lost on none of his rivals at Angle Park. 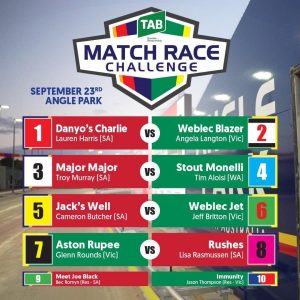 “I’m told that Aston Rupee slipped really great a day or so ago at Sandown in preparation for his Match Race against Rushes.

“I have no doubt Aston Rupee could break 30-seconds at Angle Park.

“I believe the dog will not stay in South Australia but go straight back to Melbourne after the Match Race.”

Aloisi said the hype in SA about Aston Rupee coming to Angle Park on Thursday night is similar to when champion Fernando Bale went there for his Adelaide Cup victory.

Aston Rupee ran 28.79 to smash Hard Style Rico’s Sandown track record at his latest outing on September 9. It was his 14th win in 26 starts.