There has been good positivity about The Phoenix at The Meadows in December but, this week, there has been a back-story of discontent. 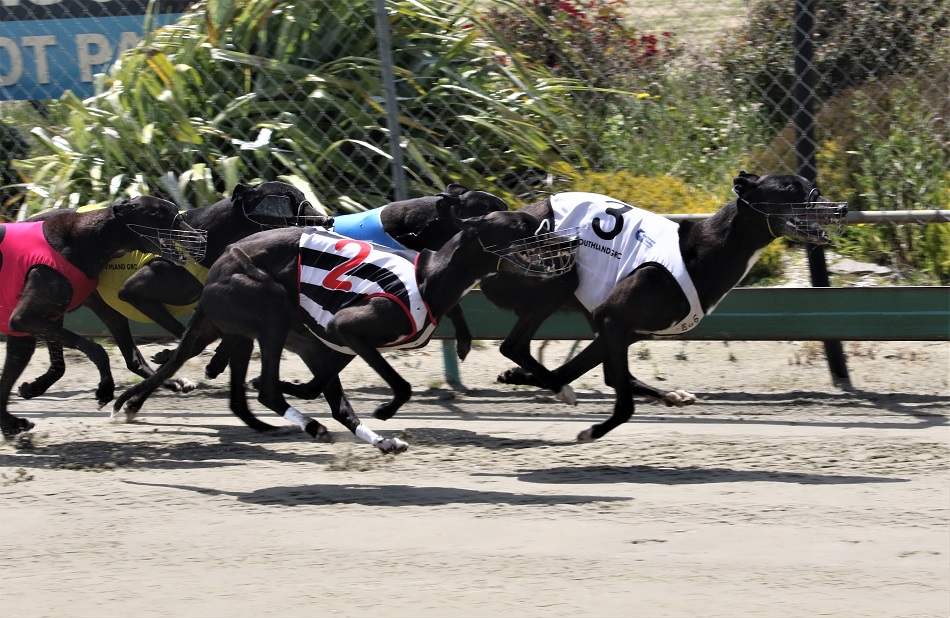 THERE has been good positivity about The Phoenix at The Meadows in December but, this week, there has been an untold backstory of discontent.

Greyhound Racing Victoria has an exclusive wagering and promotional arrangement in place with Tabcorp and, when The Meadows announced wagering giant Sportsbet as a slot holder, sparks flew.

Discontent has been constrained to the extent that the inaugural running will not have a legal sideshow as a distraction but Tabcorp were “not happy, Jan”.

In just over 12 months, GRV’s exclusive deal will have been renegotiated or set aside and, in a marketplace where greyhound racing is skyrocketing, their ‘product’ will be in high demand.

The new Traralgon track is nearing completion and the unique “J-Turn” track has had tongues wagging.

The University of Technology Sydney-designed project is all about safety and that’s just the way it should be … but there are doubts about how nomination flow will work in December.

Just how many trainers will have dogs capable (or want their dogs to!) of running just on 300m to the first turn then wheel home on a circle for another 200m?

Will trainers rather test their dogs at Sale (440m) or Warragul (460m) in the Gippsland region rather than Traralgon’s new 450m test?

The 200m run to the first turn if very different to say the least and early trials will set the agenda opinion-wise.

Strong dogs will be required for what looks a testing circuit and smaller bitches, you’d think, will be vulnerable.

GRV ultimately must take on constructive feedback and that will come thick and fast once trials get underway.

There is the potential for dogs to lose sight of the lure on the circle as, one would expect, fields might be spread a vast distance.

This is the third re-incarnation of the Traralgon track, while it’s designed with safety paramount, it must be practical.

The Boylesports Irish Derby was decided on Saturday night at Shelbourne Park in Dublin and the ‘Derby roar’ was unmistakable.

From the inside alley, Susie Sapphire utterly dominant – her all-the-way win was as clinical as it was supreme.

At the finish, runner-up Singalong Sally was just three lengths away in a fast 29.18 yet the contest was put away at box-rise.

A brilliant Susie Sapphire completes an unbeaten run through the BoyleSports Irish Derby for trainer Owen McKenna and owner Peter Comerford with Singalong Sally making it a 1-2 for bitches. Winning time 29.18. pic.twitter.com/Rs1I3FoI2e

This €125,000 first prize was in trainer Owen McKenna’s keeping in a heartbeat and, at 22 months, the best is ahead of the daughter of Droopy’s Jet.

Watching the replay of the Derby brings back fond memories of being trackside for Tyrur McGuigan’s 2010 win and He Said So in 2005.

Prior to the 2005 Irish Derby a steering committee meeting, chaired by English Greyhound Board Lord David Lipsey, was held in Dublin to formalise a World Greyhound Championship.

The WGC was to be shared between the USA, Ireland, England and Australia and, notwithstanding the inside/outside lure, six or eight dog fields and quarantine issues, the prospect of a global event was real.

Sadly, the global financial crisis of 2007/08 scuppered the concept and the project was abandoned.

Track records were broken at Gunnedah and Casino in NSW on Thursday while, on a ‘still, windless’ afternoon at Goulburn, sizzling times were posted.

In England, race books include an assessment of track conditions (+ or – in tenths of a second) and it’s something which would benefit punters here.

Should there not be the capacity to include a rating in form guides, surely stewards reports should include that info in a post-meeting assessment.

Greyhound Racing South Australia is nearing the end of a new form guide implementation program and, by year’s end, some new features will be available for SA punters.

GRSA will be looking towards value added content and new elements might include GPS data (racing pattern) and standardised track rating adjustments (track condition-based) a la the UK.

The inclusion of Victorian replays on GRSA’s database is a great step forward. Greyhound racing turnover is skyrocketing and time has come for the sharing of content to be complete across all jurisdictions.

Since ‘tin hare’ greyhound racing commenced in Australia at Harold Park in 1927, 53 greyhound tracks have been constructed in New South Wales – all at a time when patron comfort was foremost.

Tracks were fabricated without genuine welfare oversight for greyhounds and, until now, funding was so limited, maintaining rather than upgrading venues was the norm.

The success of the Grafton project is a line in the sand for GRNSW and, while a new Goulburn track is in the final stages of Development Application, the imminent return to racing at Wentworth Park has highlighted the need for Richmond to have a re-fit.

Brian Barrington has designed and constructed greyhound tracks since 1978 and has travelled the world, fabricating, installing and consulting to engineers who have been asked for independent ‘expert advice’.

“Richmond has been a great track and was one of the last ‘viewing tracks’ constructed,” Barrington said.

“The radius of turns at Richmond is 51 metres and it really needs to be 64 metres much like the new Grafton.

“I’m looking at plans now to make Richmond the best it can be … the drawings have just gone to the architect.

“The hardware (posts, rails, rollers and sand) lacked a correct maintenance schedule and, in my view, rather than ‘band aid’ what we have, it’s better to start again and get it right for the welfare of the dogs.”

Over the past few months, Richmond has trialled twice a week and conducted four meetings on the circle and one up the straight.

“The metal fatigue on the circle track is real,” Barrington added.

“GRNSW are now acting in a pro-active way regarding track upgrades but it’s a dedicated maintenance program which must be adhered to at all venues.”

A new venue is being considered for Tamworth, Tweed Heads is continuing negotiations with the local council, Goulburn is on the move and just what happens with Wentworth Park (and a move to a new site in the not-too-distant future) holds attention.

“A complete re-fit of Richmond would take approximately three months and would put pressure on other venues but there is no other way forward,” Barrington continued.

“The home straight would remain but be extended back from the winning post to suit the transition and radius of the turns.

Click the link for drawings of the New-Richmond concepts.

“Wentworth Park, Nowra, Bathurst, Dubbo and Taree – to name a few – all need remedial work as soon as possible and it’s time to think about how many tracks we really need in NSW and the cost of maintaining what in place in for now.”

Moves are afoot to make NSW tracks the best they can be and GRNSW is mindful that many venues have been neglected (cap ex-wise) for decades. That’s being attended to.

Greyhound racing was new to Mick Floyd in 2005 yet he quickly immersed himself in his media role at Sandown and, on Thursday, departed after 16-plus years for a new opportunity with K-Mart.

In his time at Sandown, Floyd evolved into the best in the business and actually fell in love with his job.

While departing Sandown, his engagement with greyhound racing will not cease as he’s on the lookout to form a syndicate with mates (once the Covid-19 lock down issues are resolved) and get back to the track in a social setting.

Floyd’s role at Sandown changed from its infancy and Jason Adams will pick up the communications element of his role but the racing operations aspect is to be decided.

WHAT’S IN A NAME?

Many people take a lot of time naming pups and there are well documented protocols in place at Greyhounds Australasia to work with.

Protecting the integrity (of names) of champions past is one but something is awry at GA.

In four starts, Miss Hilo has collected three wins from just four starts and the well-related daughter of Orson Allen is a genuine talent but is it right that GA has not protected the legacy of 1974 NSW greyhound of the Year and multiple Group 1 winner Miss High Lo?

Not only was Miss High Lo a superstar on the track she later had seven, yes seven, litters and, track performances/reputation aside, that should have been enough for her name to be preserved.

At this rate, names like Bold Trees, Power To Burn, Brett Leigh, Tempicks, Winfred Bale and Bogie Lee are up for grabs.

GA has is reviewing Miss Hilo’s name and news on that is, hopefully, not far away.