"TEAM DAILLY" will head into next Thursday night's Victorian final of the National Sprint at Sandown with three finalists, all of them heats winners. 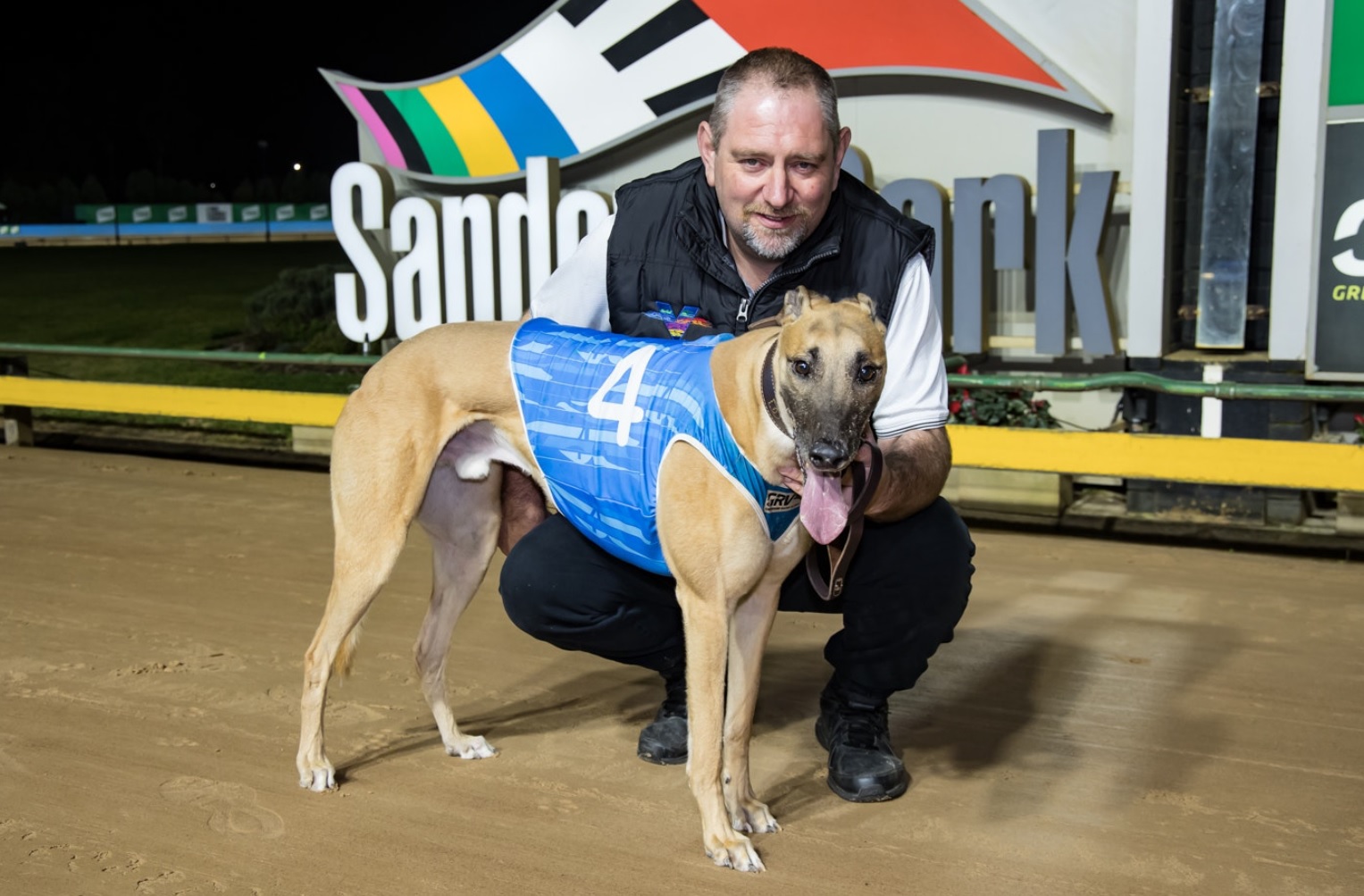 “TEAM DAILLY” will head into next Thursday night’s Victorian final of the National Sprint (515m) at Sandown Park with three finalists, all of them heats winners.

The other heat went to Sam Grenfell’s Vayda Bale in 29.46 over Who Told Shorty and He’s No Slouch.

Kennel spokesman George Dailly immediately plumped for Zippy Tesla as the best hope of getting through to the National Sprint Grand Final at Wentworth Park.

“The box draw has gone his way,” said George of Zippy Tesla.

“His chances went right up when Dusty Bourbski drew the two because Dusty likes to get off the track early,” said George.

“But, Dusty is going great and will still be hard to beat.

“But, why take any notice of me … I’m the worst judge in Australia,” George joked.

IN Queensland, youthful trainer Shane Ellis, on a comeback to training, landed Impact into the state final of the Sprint when he dead-heated with He’s So Cool in 29.97.

He’s So Cool, winner of 22 races himself, is a litter brother to Australia’s Group 1 darling She’s A Pearl.

Ellis took a long break from training with work commitments but has recently taken over a small team, including Impact, which came from his uncle Kevin Ellis who has retired.

The other Queensland heat went to the Sandra Hunt-trained Feel The Beat in 29.95 beating Power Moves and Jagger Moves.